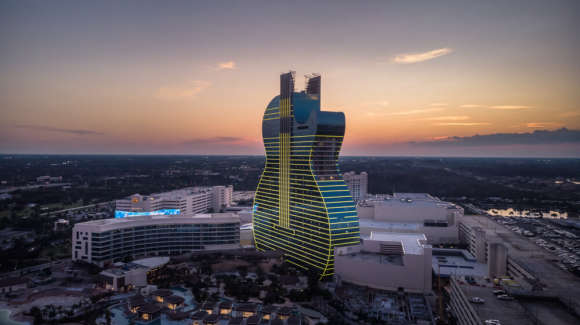 This March, the Esports Entertainment Group in collaboration with Hard Rock Hotel and Casino organized a sanctioned esports skill-based betting event. This was the first-ever skill-based betting event in esports to be sanctioned in the country, which was a milestone for the industry and all parties involved. This event was a grand accomplishment that resulted in a never-before-seen experience for the competitors, bettors, as well as organizers.

This skill-based wagering event was held in New Jersey at the start of the year between the 22nd and the 23rd of January. The first skill-based esports event attracted 290 esports players who battled each other on Madden NFL 22. The New Jersey Division of Gaming Enforcement sanctioned the event which allowed punters to place wagers on the tournament.

Unlike other sporting events that the New Jersey Division of Gaming Enforcement oversees, this esports betting event came with a twist. For the tournament, the various esports players taking part were allowed to place bets on themselves all through the tournament. The wagers were backed by EEG’s newly launched platform LANDuel.

Henceforth, the LANDuel platform will serve as a springboard for more esports competitions. For this first event, EEG reported that more than 16,000 live viewers tuned in to watch the professional esports players battle it out. Some of the well-known professionals that took part include DubDot, OneGreatUser, Joke, and more.

In addition to the live viewers, at least 100 spectators watched the event live on site. These spectators included representatives from various resorts, casinos, as well as professional sports teams. This event also marked the launch of EEG’s dedicated esports betting platform in New Jersey.

In the end, it was professional Madden players Jaybird that walked away with the first-place trophy and prize of $3600. Apart from allowing competitive players to take part, EEG also went out of its way to organize a dedicated set of PCs for non-tournament participants. This allowed those spectating to compete in several side matches that were also hosted on the LANDuel platform while also side betting in their own matches outside the competitive events.

As part of this strategic partnership, the Hard Rock will work hand in hand with EEG to set up a permanent esports wagering structure. The inaugural event, therefore, did lay the groundwork for future such events to be organized all across the country.  While this in-person tournament was the first of its kind to be organized, this is not the first peer-to-peer betting platform in the market.

In 2021, Entain completed the acquisition of a popular esports specialist wagering platform known as Unikrn Bets. Before it was acquired by Entain, the Unikrn platform gave players the chance to place bets on themselves while competing with other esports gamers. Since its acquisition, the Unikrn platform has remained shut down but it is expected to make a debut before the end of this year.

EEG is the first esports operator to be granted permission to debut full esports wagering operations to customers in New Jersey. The brand will offer the service through its platform VIE.gg which will give punters access to their favorite esports teams so they can wager in real-time. The VIE.gg platform promises to offer esports players a seamless, yet immersive experience.

New Jersey esports lovers will be allowed to place bets on games such as Call of Duty, League of Legends, Overwatch, CS: GO, and DOTA 2. New Jersey is easily one of the most lucrative iGaming markets in the country, which will provide EEG with a great opportunity to dominate the market and expand into other jurisdictions as time progresses.

EEG was the first esports dedicated gambling platform to successfully go through the regulation process in the country and will pave the way for many other platforms to emerge. By 2027, the global esports betting market is expected to hit $205 billion and as a result, there has been a massive interest that’s developing among operators and investors.

The number 1 demographic esports players are aged between 18 and 35, which means that operators stand a chance to attract a whole new audience segment to their platforms. The bulk of esports fans and competitors hail from North America, as well as Asian countries South Korea and China. Esports tournaments and events can attract crowds by the millions, in a way that rivals traditional sports excursions.

For instance, in 2017, the League of Legends Worlds Championship attracted more than 80 million viewers, making it one of the most-watched esports competitions in history. In 2018, ESPN and Disney XD announced that they had secured a deal to broadcast the Overwatch League. This deal now sees the 3 partners broadcast the international Overwatch League.

The Overwatch League has 12 franchises that are based on Overwatch, the incredibly popular multiplayer first-person shooter game. As you can deduce, esports is a lucrative market, not just for the players, but for brands, video game producers, as well as betting operators.

The world of competitive gaming is becoming a fast-growing phenomenon that is attracting millions of participants and fans, as well as billions of dollars to boot. Streaming services and live tournaments such as EEG’s are helping to turn casual eSports gamers into serious athletes capable of raking in millions in earnings and brand endorsements.

This skill-based tournament was the first event of its kind approved by the New Jersey Division of Gaming Enforcement. Needless to say, it was a smashing success. The number of participants and competitors that the inaugural event attracted proves that the esports industry is here to stay and thrive and that both punters and players have been ready for peer-to-peer betting on this level for a while now.