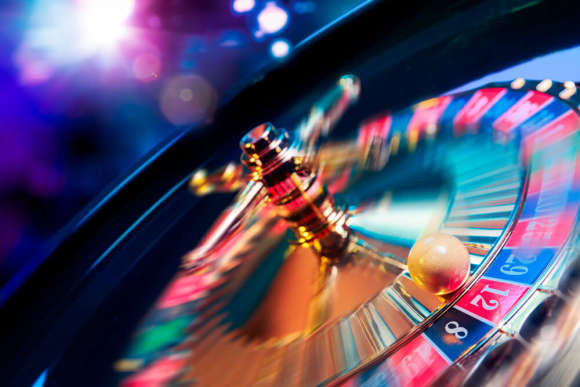 Drake has revealed a brand new watch that’s perfect for casino lovers, but it will set the buyer back a pretty penny.

The rapper’s latest timepiece, named The Astromnia Casino, was released in collaboration with Jacob & Co. and features a functioning roulette wheel with a ceramic white ball.

That isn’t to say The Astromnia Casino isn’t worth the money -  the watch is handcrafted with a four-arm setup. The first is a lacquered globe, the second holds the triple-axis tourbillion, the third contains the roman numerals which designate the time and the fourth features a 288-facet Jacob-cut diamond.

It’s been obvious Drizzy has a weakness for timepieces for a while now - his collection is almost as famous as he is and includes a range of bespoke pieces from high-end designers.

It was the second time he had collaborated with Richard Mille following the all-black Nautilus released in April 2019.

The announcement reads: “Swiss Haute Horlogerie meets gaming. With the @jacobandco Astronomia Casino collection, the complicated Astronomia movement features a double-axis tourbillon, a magnesium lacquered globe and time display, all rotating around the dial in 10 minutes. Underneath is the working roulette table with a ceramic ball, while on top is the 1ct 288-facet Jacob-cut diamond, which turns on itself in 30 seconds.”

All this encased in 50mm of 18K rose gold and sapphire crystals which make for a large, stand-out body.

It also has an impressive 60-hour power reserve thanks to Jacob’s manually wound movement and is water-resistant up to 30 meters.

It’s simply perfect for those who love a roulette game, and of course, have the money laying around. If not, it’s probably time to hit up some casino bonuses in the hope of getting lucky.

The only point that seems to concern watch enthusiasts is where the ceramic white ball will go when the wearer doesn’t want a quick game of watch gambling.

Replying to the watchmaker’s Instagram post, one person said: “How does the marble stay in place when not using the roulette? I imagine it's not just annoyingly rolling around?”

Another chimed in: “Having that roulette ball always bouncing around inside the watch has got to be annoying.”

We’re sure the designers already have a solution to that, considering the price tag.

Jacob & Co has been a favorite high-end watchmaker for years now, even without the name recognition of Richard Mille, and has been known for making imaginative designs out of everything and anything.

Drake shared a picture of his meeting with the watchmakers at the start of February, with the caption ‘Heavy agenda’.

He now has a whole host of business ventures on his hands, including the Mod House Collection- exclusive champagne which retails for $450 per bottle. He also co-runs October’s Very Own - an umbrella company for his clothing line, record label, and radio station.

Drizzy was named the fifth richest rapper in the world in 2019 with a net worth of $150 million - he’s also the youngest on the list by an impressive ten years.