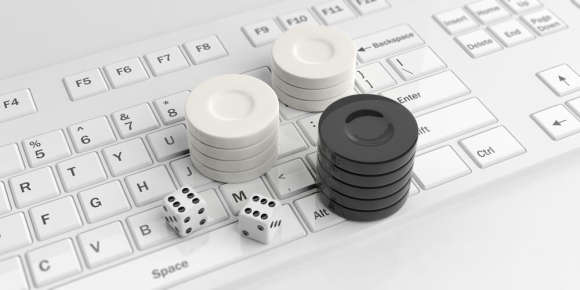 DraftKings recently introduced brand new casino games for its customers in West Virginia. DraftKings Casino debuted these live dealer games on Friday, June 24th, giving punters in the state more iGaming products and choices. As a result of these new selections, punters in the state can now go head-to-head against each other in various casino games including infinite blackjack, baccarat, as well as roulette.

DraftKings has been an established casino brand in West Virginia since it partnered up with Hollywood Casino at Charlestown Races. West Virginia was the third state in which the brand launched its casino products. As such, the addition of these new casino games is just the thing that the brand needs to keep the customers’ gambling experience elevated.

Currently, DraftKings is the second online casino in West Virginia to offer live dealer games. BetRivers Casino beat DraftKings to the punch when it became the first to offer such a service, which was a great milestone in the state’s iGaming market. Before BetRivers and DraftKings’ debut, live dealer games were accessible in other neighboring states including Pennsylvania, New Jersey, as well as Michigan.

Now that BetRivers and DraftKings have introduced this new mode of gambling, West Virginians can now freely sample the joys of live dealer games. Live dealer games have emerged as a popular choice for gamblers because the games are realistic and they give punters the chance to experience a brick-and-mortar casino setting in an online environment.

With DraftKings’ new lineup of games, customers on the platform will also be allowed to access Rocket, which is an increasingly popular title that is exclusive to DraftKings. The title is very similar to roulette. The only difference between Rocket and Roulette is that punters have to watch for a rocket launch in place of the conventional ball on a wheel.

Rocket is a fun and entertaining game that requires participants to predict whether the little rocket will take off. It also allows DraftKings customers to forecast how long the rocket will remain afloat. Bettors are supposed to place their wagers before the rocket launches so that they can sit back and watch the live action that determines whether their bet is a success or not.

Both DraftKings and BetRivers are offering live dealer games from Evolution

Both DraftKings and BetRivers have existing strategic partnerships with Evolution. As such, the brand has served as the premier vendor for online casinos all over the world that are looking to offer high-quality live dealer games to their clients. Evolutions’ list of live dealer games is exhaustive.

It includes popular selections such as Ultimate Texas Hold’em, Lightning Roulette, Three Card Poker, Baccarat, and more. These games have been a massive hit in the gambling market thanks to the exceptional live game style offerings, the exclusive content, as well as the state-of-the-art studios in which the games are created.

As far as the player interface is concerned, Evolution’s blackjack is easily one of the slickest and fastest online live blackjack games available in the market. Because of the slickness, punters get the rare opportunity to participate in more game rounds, as well as more exciting gaming sessions. This explains why Evolution Gaming is one of the biggest and most established casino gaming developers and distributors worldwide.

In June, iGaming revenue in West Virginia experienced a spike owing to the 5-week counting period instead of the typical four weeks. June’s iGaming handle reached $255,820,886, which was a spike of more than 20% compared to May’s $213,094,190 profits. The 2021-21 fiscal year is West Virginia’s first full year for real money online gambling since the market debuted in July 2020.

During its first fiscal year, the state had managed to generate $1.178 billion in iGaming handle, as well as $33.85 million in profits. This significant growth in the market is partly thanks to the burgeoning online gaming market in the state. The state’s second year, the 2022-23 fiscal year, has already commenced having started on July 1st.

In July, iGaming revenue also saw a slight rise. However, every other gaming vertical saw a steep decline. Case in point, the overall gambling handle in July totaled $21,290,275 based on data shared by the West Virginia Lottery Commission. Mobile sports wagering handle also declined, falling by 24.2% to reach $15,578,482.

With sportsbook handles down, the revenue also experienced a drop. In July, sportsbooks in the state produced a revenue of  $2,295,743, which was a drop of more than 30% compared to June’s wagering revenue. The share of taxes distributed to the state also dropped, as only $195,138 was paid as taxes.

The good news is that handle seems to have dropped in almost all sports betting jurisdictions in the country. Typically, July is one of the slowest sports betting months of the year as it is when the NBA season comes to an end. As the weeks roll by, sports betting revenue will start to climb again as the NFL season kicks off.

Even though July’s numbers represented a considerable drop, the month’s profits were still better compared to the year before. Last year, the West Virginia gambling market was still trying its best to stabilize after a grueling pandemic. Since then, the handle has climbed by more than 34% compared to the $15.853 million, which was produced by sportsbooks in the same period last year.

As one of the earliest adopters of legal sports betting in the country, the West Virginia gambling market is one of the most mature. In 2020, West Virginia also welcomed online casino gaming, thus becoming the 5th state to do so.  As such, the gambling industry in the state has only just started growing.