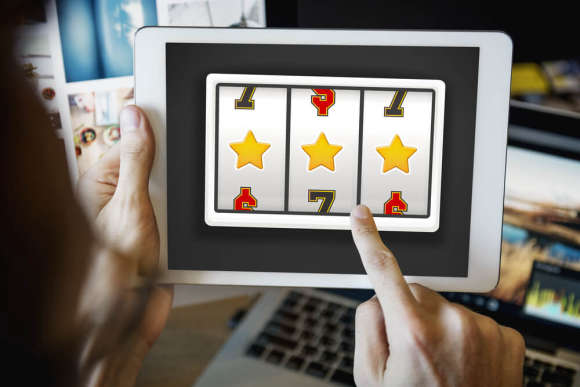 Digital Gaming Corporation, which is one of the premier online gaming solution providers, has signed a partnership with Golden Nugget Online. This new deal will now give Golden Nugget access to DGC’s top-rated slot titles including HyperStrike and Masks of Fire. DGC will also give GNOG access to some of the newest titles from its portfolio including Assassin Moon and Doubloon Island.

Golden Nugget Online is one of the most established brands in the online casino space. As DGC continues to expand its presence in the US, such a strategic partnership will give it access to a wider audience. Golden Nugget will serve as the ideal multi-state partner for DGC, particularly as it looks to grow its presence in the online gambling space.

DGC has done a great job of creating high-quality games for its partners, which explains why the brand has managed to expand in the US relatively fast. Teaming up with GNOG will build on DGC’s already established presence in the Garden State, as well as in other jurisdictions including Michigan and Pennsylvania.

DGC entered the US sports betting market in September 2020. To gain market access, DGC opted to partner up with BetMGM first, which is what essentially launched its expansion plan. After successfully integrating the DGC remote gaming server into BetMGM’s system, DGC’s content was also availed on other BetMGM platforms.

As a result, DGC’s content is also available for customers in Party Casino, as well as Borgata Casino. In August last year, the content was also launched in BetMGM’s assets in Pennsylvania. A month later, a similar launch occurred in Michigan.

DGC is therefore now present in 3 of the most lucrative iGaming markets in the country. In the coming months, DGC will likely keep making more strategic partnerships that will allow it to dominate the market.

DraftKings and GNOG acquisition all set

Last year in August, DraftKings agreed to acquire Golden Nugget Online Gaming from its owner Fertitta Entertainment. DraftKings acquired GNOG to boost its online gaming presence in the country. Draftkings parted with $1.56 billion for the already established iGaming brand in an all-stock deal that was expected to close by the first quarter of this year.

With this acquisition, DraftKings will expand its reach and customer base. GNOG will help Draftkings reach iGaming lovers that do not necessarily want to place bets on sporting events. DraftKings has managed to do an excellent job of positioning itself as the leader in the country’s sports wagering market.

However, the DraftKings database is still made up mainly of male bettors that prefer to wager only on sports. Golden Nugget’s extensive database however is equally skewed between male and female punters. As such, DraftKings is hoping to take advantage of the cross-selling opportunity that will consequently allow the brand to reach a wider customer base.

According to DraftKings executives, the two brands are expected to synergize at least $300 million. Combined, the brands will see several departments and activities integrated including marketing activities, loyalty schemes, as well as live dealer studios. Fertitta, who owns 45% of the Golden Nugget Online brand will join the DraftKings board once the transaction has been finalized.

Once the deal is complete, Fertitta is also expected to become one of the largest shareholders. Last year when the deal was announced, Fertitta had agreed to hold his DraftKings shares for at least a year. Now that GNOG is operated by DraftKings rather than Fertitta himself, Golden Nuggets online will henceforth accept wagers on the NBA once more.

GNOG has been forbidden in more than one state from accepting NBA wagers since Fertitta is also the owner of the Houston Rockets. When the deal is complete, Golden Nugget will transfer its operations over to DraftKings’ platform, which will allow the brands to cut costs substantially.

This partnership with GNOG also extends to other verticals as well. For instance, DraftKings will also be part owner of Landry’s, the Houston Rockets, as well as casino games that have been included in GNOG’s portfolio. Owing to this acquisition, DraftKings will also become the exclusive iGaming, sports wagering, and daily fantasy sports partner of the Houston Rockets.

DraftKings will also debut a new sportsbook in Texas should the state finally legalize its market. The sportsbook is expected to be opened at the Toyota Center. As a result of this business move, Draftkings will also get the chance to expand its brick-and-mortar sportsbook presence in all Golden Nugget casinos in the country.

More importantly, this acquisition will prove extremely beneficial for both online casino brands. This coupling will serve as the best defense against the mounting competition in the iGaming space. DraftKings and Golden Nugget have both been fighting to keep up with other competitors including Penn National, BetMGM, Caesars, and more. Because of this deal, GNOG is now the second pure publicly traded online casino brand in the country after GAN.

Meanwhile, in Danville, Golden Nugget Casino finally broke ground on its new physical casino. The new Golden Nugget Danville casino is expected to take 11 months to construct and will be open for business by March 2023. The ground-breaking ceremony invited top officials, as well as executives in the gambling space including officials from the City of Danville.

The new casinos will be located at 204 Eastgate Drive, which can easily be found on the east side of the city. Some of the officials present at the ceremony included Danville Mayors from the past and present, officials from Vermillion Advantage, employees of the city, the current and paste aldermen from Danville, and a few state representatives.

Once complete, this Danville facility will feature a huge 41,500-square-foot gaming floor, as well as 2 restaurants including a steakhouse. The casino floor will be filled with all the latest slots and table games, as well as a sportsbook to cater to the sports bettors in the state. In addition to all the amenities, the casino will also feature meeting rooms for hosting important meetings and conferences.