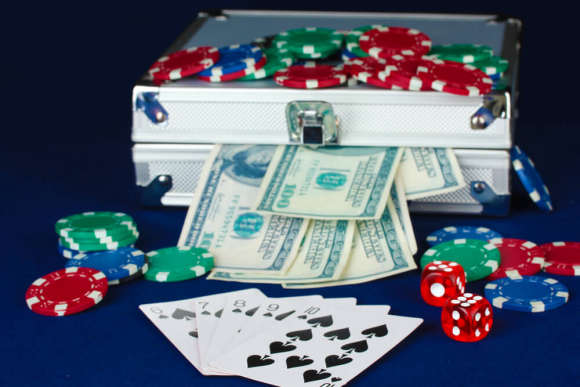 Detroit is home to 3 world-class casinos namely Greektown Casino-Hotel, MotorCity Casino-Hotel, as well as MGM Grand Detroit. According to the Michigan Gaming Control Board, the 3 casinos in the state managed to generate approximately $107.2 million in monthly revenue in July 2022.

Retail sports betting, on the other hand, generated approximately $1.3 million as many of the licensees renewed their licenses. The $107.2 million that was produced this July was slightly lower compared to the $116.9 million that was generated during the same period in July 2021.

However, it is worth noting that July 2022’s revenue was slightly higher compared to June’s revenue, which totaled $98.6 million. The revenue that was produced by slots and table games this July dropped by 8.4% compared to last year’s revenue during the same month. The good news though is that revenues from both slots and table games improved by 3% for the first 7 months, which is an improvement compared to the first 7 months of last year.

In July, the brand MGM enjoyed the highest market share in the month with 48% of the revenue being accounted to the brand. MotorCity followed closely behind with 33% while Hollywood Casino at Greektown trailed with 19%. MGM’s results in July 2022 were slightly lower by 4.7% to reach $51.2 million.

Meanwhile, MotorCity managed to generate $34.8 million while Hollywood Casino at Greektown produced roughly $19.9 million, a drop of 15% compared to July 2021. The 3 casinos in the state contributed taxes to the state worth $8.6 million compared to the $9.4 million that was generated in July 2021.

As far as retail sports wagering is concerned, July saw an increase of 3.8% compared to the $1.2 million that was produced last year. In total, the 3 properties managed to produce a retail sport betting handle of $18.86 million while the gross receipts generated reached $1.3 million.

Fantasy games and contests, on the other hand, produced total adjusted revenues of $1 million, which produced taxes worth $84,062. For the first 6 months of 2022, fantasy contest operators in Detroit produced $7.4 million in adjusted revenues. So far, these fantasy games have recorded $622,691 that has been paid to the state in taxes.

iGaming in Michigan continues to grow

This July, commercial and tribal operators in the state combined recorded total internet gaming receipts and online sports betting receipts worth $148.2 million. The iGaming receipts rose by 8.3% compared to June 2022 to reach $136.9 million. Internet gaming gross receipts for July reached $126.6 million, which was an improvement of 4.2% from the $121.5 million that was produced in June.

Compared to the same period last year, online gaming’s gross receipts rose by 41% while internet sports betting improved by 13%. All the state’s operators submitted $24.9 million in taxes this July. $24.1 million worth of taxes was produced by internet gaming while $815,409 was attributed to sports betting taxes and fees.

In August, the revenue numbers continued to rise by 4.5% compared to July’s $148.2 million. By August 31st iGaming gross gaming totaled $130.9 million, which was an increase of 3.4%. Gross gaming receipts in July reached $24 million compared to the $21.6 million produced in July, which represents an increase of 11%.

In August the combined internet sports betting handle reached $218.8 million, which was an increase of 6.2% compared to July. Operators in the state submitted approximately $25.3 million in taxes to the state. Specifically, internet gaming taxes totaled $24.3 million while online sports betting produced taxes worth $989,621.

Earlier this May, Michigan also signed a multijurisdictional poker agreement that will henceforth allow online punters in the state to compete across state poker tournaments. Now that Michigan is part of the agreement, poker players across the state can compete with other poker players across state lines in New Jersey, Nevada, as well as Delaware.

The agreement was approved by the state Gaming Control Board. The state legislature passed a bill to permit the state to join the multijurisdictional poker compact. The sponsored bill 327 was signed by Gov. Gretchen Whitmer in December 2020. Language permitting the multijurisdictional play was originally not included in the original gaming law that was approved in December 2019.

Now that the pact has been ratified, it will give poker players in Michigan a chance to compete for much bigger prize pools, which will result in even higher cash prizes. At present, only 3 licensed operators are allowed to offer online poker in Michigan. These operators include the Grand Traverse Band of Ottawa and Chippewa Indians, which has a partnership with WSOP, the Little Traverse Bay Bands of Odawa Indians whose partnership is with PokerStars, as well as MGM Grand Detroit which is partnered with BetMGM.

According to the American Gaming Association, 2022 will be the industry’s best as far as Gross Gaming Revenue is concerned. AGA states that revenue from brick-and-mortar casinos, as well as sports betting (both in-person and online) is expected to easily eclipse the industry's all-time revenue.

While brick-and-mortar revenue suffered for months on end during the pandemic, the Michigan gaming industry as a whole has been experiencing unrivaled income in 2022. Pent-up demand continues to fuel growth across the state as Detroit’s top 3 casinos continue to benefit from this demand.