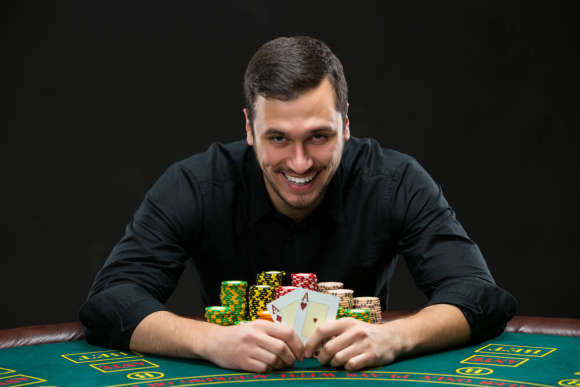 It is another win for Daniel Strelitz after having won the 2022 World Series of Poker $1,500 razz event. With this win, Strelitz bags his second gold bracelet and a cash award of $115,723 for the effort. Following this last win, the 32-year-old poker pro from Torrance, California has managed to accumulate over $5.2 million from poker wins ever since he immersed himself into poker competitions.

Strelitz’s name has not only been mentioned with monetary gain but also alongside multiple bracelets and title championships. Even though the total earnings point to an online poker superstar, the player has only been actively competing since 2019 when he bagged the first ever win. This first event, the $5,000 buy-in no-limit hold’em event saw him win $442,385.

From this initial win, it was evident to Strelitz that the no-limit hold’em tournaments would be his easiest to take down and he has never looked back. In the last few years, however, the California native has been sharpening his strategy on other poker games as well possibly in an effort to gain confidence in mixed games. This has already started to pay off since the pro has began gathering wins from other game types as well.

Speaking a short while after he emerged top, Strelitz commented on how awesome it was to be living in that moment.  He was particularly excited that the game that propelled him to the top this time was not a no-limit hold’em event because that is what the industry had come to know him for. Nevertheless, Strelitz confessed that the game type has been on his practice schedule for a while and he was happy that his efforts had paid off. The second bracelet is definitely a good feat and Strelitz was excited at having achieved it.

Apart from being awarded the money and title for the tournament, Strelitz was also presented with 600 Card Player of the Year points for the win. In 2022 alone, this player has managed to sit in the final table for the second time. In the past instance when he made it to the finals, he finished at number 3 at a $2,500 mixed triple draw lowball event which saw him earning $67,820 and 480 points. Gauging against the other professional poker players in his league, he is slightly outside the leading 200 poker players in the 2022 POY race which has been sponsored by Global Poker.

The events leading up to the win

The action of the final day started on a table where nine players had made it to the level. Even before the games began, everyone could see that Strelitz was in the lead while the last player based the length of their stack was Lynda Tran. For Tran, the task at hand was to prove to the other finalists that they too had what it takes to be among them. By scoring a quick triple-up, the trailing player got out of the danger zone.

The move by Trans definitely shifted the rankings on the table and Timothy D’Alessandro (9th – $8,291) found himself fighting to stay on the game to no avail. At the top of the table was Strelitz but his prospects were not as promising as when the game began. The champion had been surpassed by Calvin Anderson, a two-time bracelet winner. He would readily reclaim his position when Mark Gerencher was eliminated at position seven, walking away with an award of $13,869.

It would be a three hour wait before the six handed action broke when the stalemate was ended when recent $2,500 nine-game mix match winner Kijoon Park ran into the hand of 7-6-3-2-A held by Anderson. Park would walk away from this arrangement with a sixth place finish and $18,506 in his pocket. This action set the stage for what was to happen next; Sergio Braga put up a good show against Anderson, who achieved another 7-6 low to bag another knockout. For coming fifth in this competition, the Brazilian poker player walked away $25,198 richer.

The next player to be on the spotlight was Frank Kassela, who has so far been awarded a winner bracelet three times. He played the last of his cards facing Phuong Tran and Anderson. Trans revealed what she had in her hand and her 8-6-4-3-2 meant a flop for the other players, especially Kassela. Kassela was ousted and for his fourth place finish managed an award of $34,996.

Anderson would be the next player on the chopping board and this happened under Tran’s hand. With a 6-5 low that Tran held, she did not stand a chance when she revealed her 9-8. Number three in any match is a good enough finish and Anderson was awarded $49,557 for going that far. This left the stage for two players and it initially appeared that Tran was all geared up for the top.

Against Strelitz, Tran did not stand a chance especially when the fortunes changed and the opponent took down a big pot with 6-5-3-2-A. This was followed by another win of 9-8-4-3-2 which extended his advantage. In the final round, Tran received the last action of the game and she presented a four card hand of 7-5-4-3. Strelitz put a show down of 8-7-4-3-2 to secure the top prize as well as the title. Tran was awarded $71,527 as the runner-up finisher for this tournament.

Like all other games that thrive on wit and strategy, poker wins mean different things to different people. An analysis of some of the most phenomenal games reveal that some winners play their cards close to their chest in an effort to stay on the game for as long as possible without putting in much effort. This appears to have been the strategy that Strelitz used to win the 2022 WSOP.