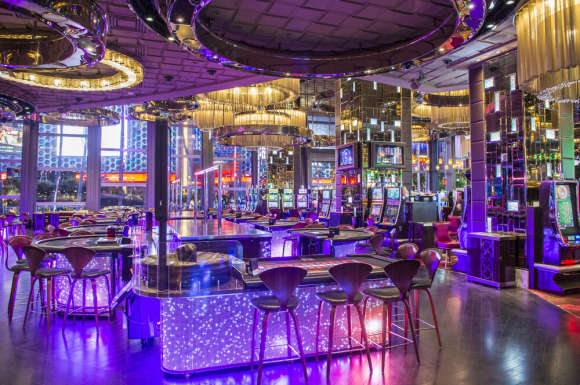 The Cosmopolitan of Las Vegas has joined the league of other casinos in Vegas that have received consent to operate at 100% casino capacity. Before The Cosmopolitan, the only other Southern Nevada casinos that had attained this distinction were Wynn and Encore.

Like all the other casinos, the Cosmopolitan only received the approval it needed to open its casino floor at full capacity after demonstrating to the Gaming Control Board that 80% of its employees had been vaccinated. Situated on the west side of the Strip, the Cosmopolitan has been one of the hardest-hit brands so this great news could not be any more welcome.

Because it will be allowed to run at full capacity, this means that the casino can now get rid of the Plexiglas separators that have become expected at gaming tables and slot machines. It wasn’t an easy feat to get 80% of its employees vaccinated. To incentivize them, Cosmopolitan offered approximately $1 million in bonuses to its workforce.

At the 80% vaccination point, employees received $250 cash bonuses. At 90%, they were given a bump to $350. Now that the hotel is finally operating at 100% efficiency, it is said that the bonus hit the $500 mark. The names of inoculated staff members were then entered into a raffle for the grand prize of $10,000.

Gaming floor capacity in the rest of Clark County is up at 80% and could soon be increased as long as vaccination efforts keep going as planned.  Casinos across the state have been operating at 80% capacity since May 1st after getting a nod from the Gaming Control Board.

Casinos, along with other nonessential businesses in the county have since relaxed social distancing measures to 3 feet, which has essentially cut in half the distance now permitted between one customer and the next. Businesses in the County are anticipated to start operating at 100% after 60% of the residents receive at least one dose of the vaccine.

Gaming licenses in much of rural Nevada have been operating at full capacity with barely any social distancing measures for a while now. That’s because even though capacity and social distancing guidelines are generally set at the county level, casinos as non-restricted licensees are required to conform to any extra health and safety requests that may be mandated by the Gaming Control Board.

The allowed capacity in other parts of the state varies. For example, in Carson City, occupancy has been set at 100% since May 1st. Elko County is another county that has been operating without social distancing. Other states, on the other hand, such as Esmeralda County and Washoe County, are still keeping a close eye on the situation with social distancing measures remaining at 50%.

Increased capacity couldn’t have come at a better time

It helps that the governor has plans for the entire state to operate at 100% capacity by June 1st. As a result, Vegas has become the top choice for pandemic weary visitors looking for a dose of entertainment and excitement after the harrowing several months that they’ve had to endure.

Without these visitors, casinos and businesses in Vegas would have to contend with slow business especially during mid-week. But now that at least 4 casinos on the Strip are operating at 100%, the Strip has seen a massive uptick in midweek guests.

To keep guests coming, the Las Vegas Convention and Visitors Authority has embarked on an advertising campaign aimed at attracting guests to the city. The campaign, which has been dubbed Vegas You, was created to remind visitors of the excitement that has always awaited the curious traveler in Vegas.

Even the meetings and conventions business in Vegas is expected to start growing. The first massive convention since the pandemic struck is scheduled for June. The World of Concrete trade is expecting to attract at least 60,000 construction industry experts at the newly renovated hall at the Las Vegas Convention Center.

People have been yearning for travel and Vegas promises to be the destination that is going to help them get loose. Among the visitors arriving through the city, gates are individuals ages 60 and above that have recently received their last dose of the vaccine.  Individuals also now have access to more disposable income thanks to the pandemic recovery checks that they have been receiving from the federal government, which has paved the way for more travel.

as travel increases, statewide casino winnings will also increase. Not too long ago in March, Vegas casinos topped $1 billion in revenue for the first time in 8 years and it can mostly be attributed to guests on the Strip. With restaurants operating at 80% occupancy, buffets are even allowing self-service under strict authorization.

Casino day clubs and nightclubs are now open, which means that entertainment will soon be back in Vegas like it was never expunged. Case in point, Cirque du Soleil is resuming its first acrobatic production known as Mystére on June 28th while its marine-themed O is set to start on July 1st.

The Vegas comeback is here and everyone is looking forward to seeing how this showbiz hotspot has re-invented itself. As one of the most sought-after destinations in the world, Vegas’s appeal goes beyond gambling to include fine dining, world-class shopping, nightlife, and entertainment. But gambling has always been a huge draw for many lovers of Vegas. And with more casino floors increasing their capacity to 100%, the Strip can only go up from here.