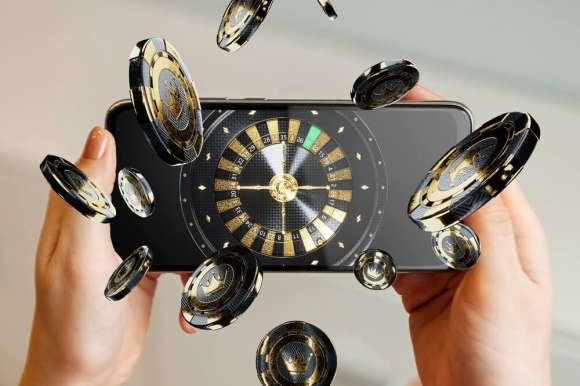 The bettors of Connecticut will from now on be enjoying a wide range of gambling options owing to a recent deal that was struck between the Bragg Gaming Group and the Mashantucket-Pequot Tribe. With the company providing online casino spin games, the state is edging closer to the status of the vibrant gambling destinations in the country.

Bragg Gaming is among the first companies to have taken advantage of the countrywide gambling legalization that was passed by the US Supreme Court in 2018. After being in the market for a while, the organization has embarked on an expansion plan that involves complete acquisition of Spin Games. The process is complete as at June 2022 and that explains why the brand is getting in gaming provision deals.

For DraftKings players that have the casino app and reside within the Nutmeg State, the option of playing Spin Games RGS (remote game server) is right at their fingertips. Some of the favorites they will enjoy with this arrangement are Galaxy Gaming’s 21 + 3 Progressive Blackjack and Ripley's Big Wheel. These are just some of the titles that will be available to players in addition to others such as Gypsy Riches, Get Hot and Triple Jewels that Bragg has been long known for.

The management of Bragg is obviously excited at this stage of their company’s growth. According to the CEO, Yaniv Sherman, the team is delighted with the prospect of entering a new and regulated U.S. iGaming market. This achievement has come really quickly for the company considering that they have only been in the market for a short time. The operations of Spin Games are already well grounded in North America and offer a unique platform which Bragg plans to leverage for its expansion efforts in the region.

The gamblers of Connecticut better start getting used to the idea of generous offerings with gaming technology. With an active content creation operation, players will be served with hot titles even before they get bored with the old ones. For a start, the players of DraftKings in Connecticut will gain access to an introductory library bearing 11 gaming titles.

The Bragg effect is spreading

The casino products by Bragg Gaming following the recent partnership with DraftKings will be available in four U.S. states. This is more than 60 percent of the states where online gaming is legal and regulated. With the latest opening up of the Connecticut market, the state joins Pennsylvania, New Jersey and Michigan in the Spin Games access space.

In the same wave of expansion, the management of Bragg is also gearing up for the start of operations in Ontario. This is after the company recently gained approval to join the existing online gaming market. Ontario has just recently been given the green light to operate legal online sports betting and iGaming, becoming the first province in Canada to open up its economy to the benefits of betting.

Sherman has revealed that his brand had a successful entry into the iGaming market in Ontario three months ago and the team is honored to be speaking about another effort as far as scaling its operations is concerned. For a long time, the company has been laying down the groundwork required to take over the North American gambling market and it is delight for the present team to witness this growth. Sherman is hopeful that this growth curve they are currently experiencing will continue to accelerate as they unveil more offerings in additional states as they enact regulations.

According to information shared in the press release, Bragg will be rolling out additional casino games to build on its portfolio in Connecticut that currently hosts 11 games. As efforts are enhanced to grow operations in Connecticut, the company is in the process of setting up operations outside the United States. With ready licenses to run betting operations in the Bahamas and the UK, the company is gradually taking over the European gambling economy.

Leveraging on the popularity of DraftKings is a good way for Bragg Gaming to fix its offerings in the Connecticut market. People are confident dealing with a brand they are familiar with and that is what all the recent moves surrounding Bragg entry into this new market have been about. They are not the first company to use this promotional tactic but the results will definitely be to their own benefit. It is possible that this move is going to fuel other similar moves in other states as and when they legalize betting.

The state of Online Casino Market in Connecticut

Since the online gaming market was launched in Connecticut on October 2021, the revenues reported have been steady and impressive. During the same period that the state opened up the online space, the operators began taking legal sports wagers. For the month of May 2022, the industry in Connecticut managed an online casino handle of slightly more than $774 million, which is a 1.8% increase from the previous month. A large chunk of this handle, close to $500 million, was channeled through the Mashantucket-Pequot app (MPI Master Wagering).

There was however a decline in the amount taxable gaming revenue reported in May in relation to April. The State Department of Consumer Protection reported that $18.5 million was achieved in April versus the $16.58 million achieved in May.

The progression of Bragg in the United States and across the region is an unstoppable wave that will offer more betting options to the millions of bettors in the region. With the wave of acquisitions and partnerships happening in the market, Bragg is gaining in influence by the day. This trend is however not new and might be what all operators that want to remain relevant will have to do in the near future. For Bragg, the numbers are talking and giving encouraging reports so more of the same strategy is expected.