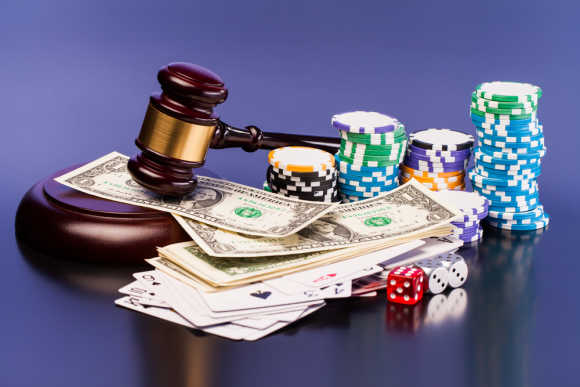 Earlier this week, а Connecticut-based coalition of bipartisan legislators drafted a bill that legalizes sports betting and internet gaming and authorizes the construction of a casino located in Bridgeport.

This written act called the Connecticut Jobs and Revenue Act, will enhance the business relationship between the Mohegan and Mashantucket Pequot tribes.

These two Native-American gaming tribes have a reputable presence in the state; they run Foxwoods Resort and Mohegan Sun casinos, respectively. Both gaming tribes are in the process of creating Tribal Winds, a joint satellite casino project in East Windsor.

The bill will also allow presenting of sportsbooks at land-based casinos in addition to granting rights to online sports betting, casino, poker, and eSports products. The Connecticut lottery will progress toward the digital age with the establishment of two gaming facilities.

For almost thirty years, the tribes and state officials have been under a contract that has become an obstacle towards this bill. As long as the state does not issue permits to new slot machines and commercial casinos, the Pequot tribes are required to hand over 25% of their slot machine revenue to the state under Connecticut law.

This law was effective when the revenue from slot machines was high.  However, payments to the state have depreciated by almost $200 million in the past decade.

The Bridgeport casino project will provide a modern playground and is expected to generate an increase in revenue for both -  the tribes and the state. New municipal grants of $75,000 will be issued to Fairfield, Hartford, New Haven, and other cities.

State Senator Cathy Osten was in charge of authorizing the proposed bill in the hopes of bringing the two tribes to a better partnership, while elevating the amount of revenue and number of jobs.

“If the goal of the debate around gaming is to maximize the number of jobs and the amount of revenue for Connecticut, then this bill is the solution,” said Osten regarding the bill.

The proposal still includes the provision that 25% of slot machine revenue be given to the state, along with a few new additions that would be beneficial for Connecticut.

Both Mohegan and Mashantucket Pequot tribes would invest $100 million for the entertainment facility located in Bridgeport, as their contribution towards additional private development around the existing casino.

With all parts are combined, the total project development cost will reach $300 million, and is expected to generate approximately $15 million annually for the state in return.

Moreover, out of the 8 billion dollar revenue generated from Bridgeport, the tribes will dispense 10% of table games, 8% of sports betting, and 10% of online gambling revenues to the state of Connecticut.

With all of these different points providing large amounts of revenue, the employment rate could increase. Bridgeport and New Haven are among the cities with the highest unemployment rates within Connecticut.

Laurence Grotheer, New Haven’s mayoral spokesperson, supports the proposal due to the potential growth of job training centers which will have a direct effect on the city’s unemployment issues. He claims that not only can the residents of New Haven gain new jobs, but people in surrounding towns will find new opportunities.

Bridgeport casino is expected to create 2,000 direct hires and add 7,000 other jobs to the region as a result of general economic growth.

Due to these statistical predictions, a new commuter rail between New Haven and Hartford called the Hartford Line is currently under construction. The rail will make 17 daily round trips; it will take 45 mins to complete a one-way ride.

The two Connecticut casinos that already exist will now have to face plenty of competition from the surrounding states, who seem to have the upper hand in the gaming industry.

New York casinos can take sports bets, and Rhode Island gamblers can place wagers in-person and soon be able to do so digitally through the state’s new mobile wagering platform. Both the east and west of Connecticut are surrounded by better conditions for the entertainment and gaming industry, depreciating competition, profit, and popularity.

Hence, the permission of sports betting and online gambling, as well as the expansion of land-based casinos within Connecticut, can be an advantageous and economic opportunity.

The United States Supreme Court decreed a federal ban on sports wagering in May 2018, leading to several states, such as Rhode Island, enacting laws legalizing sports betting. Rhode Island, specifically, is expected to generate $11.5 million by the end of June 2019.

State Senator Cathy Osten believes that Connecticut has to catch up with other competitor states in terms of gambling and apply modern technologies to increase profits.

With Rhode Island’s forthcoming economic success and Osten’s recommendation, online gambling and its mobility have become the best strategy for the casino, gaming, and overall entertainment industry.

Theoretically, the tribes can retail sports betting at the four casinos - one at Bridgeport, one in Hartford, and the other two in undisclosed locations in Connecticut.

Customers would have the opportunity to game with e-sports at the Indian casinos. The facilities will also produce an extra 100 jobs at each casino and establish a mobile app for sports betting.

House Chair of the Public Safety Committee, Joe Verrengia, is aware of the future of online gambling, not to mention its profitability for Connecticut.

Due to the rise of millennials and reliance on technology, the use of land-based slot machines is decreasing. “Where the jackpot is, going forward, is the online gambling and in addition to that, sports betting”, claims Verrengia.

Even though Verrengia criticizes the tribes’ supposedly low tax rate on all categories mentioned due to online gambling’s popularity and bankability, Senator Cathy Osten argues that other tribes in different states contribute far less in tax revenues to their governments.

The proposed bill is already receiving buzz from government officials and media. However, Osten is not planning to formally introduce the bill until the next scheduled session on January 9, 2020.