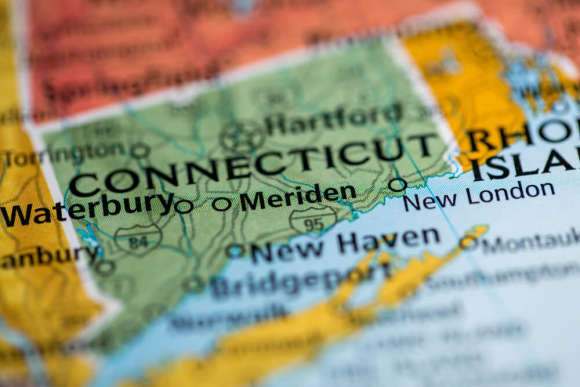 After sending out a Request for Qualifications for sports betting operators, the Connecticut Lottery has confirmed receipt of 15 applications. The state sent out the request on April 12th for qualified and experienced sports betting providers capable of offering residents online and retail sports betting systems and services.

Under the request for Qualifications, the state expects to have 2 large brick and mortar locations at Hartford and Bridgeport. The remaining locations will be situated within the remaining off-track-betting (OTB) locations. However, the state is also seriously considering having some locations coordinated within locations that already enjoy licenses from the state.

Although Connecticut’s Lottery hasn’t yet picked a tentative date for the contract signing once they settle on an operator. The Lottery is hoping to have announced the qualified candidate by mid-May or Mid-June. It is expected that the operator will have its systems ready to go for testing by summer so that sports betting in Connecticut can launch by September 6th.

For now, the board of the Lottery is still reviewing the 15 applications received so that they can make an informed decision for the good of the state’s new-fangled sports wagering market. After carefully considering each of the applicants, the Lottery will then issue invitations for presentations by the qualified applicants before finally picking the finalist. The finalist will then have to submit a comprehensive business plan to the state.

Gov. Ned Lamont has been trying to have sports betting legalized for a while now. However, there has always been push back from the tribes who until recently were the only 2 federally recognized tribes to enjoy exclusive rights to handle sports wagering.

The Mohegan Tribe who runs the Mohegan Sun Casino and the Mashantucket Pequot that operates Foxwoods Casino and the state have been going back and forth trying to reach an agreement. The 2 tribes have opposed the governor’s bill on several occasions claiming that they should be the only ones to enjoy the exclusive right to sports bookmaking once it is decriminalized.

The Governor had previously proposed that sports wagering be permitted at 2 tribal casinos and that the rights to bookmaking outside the casinos be shared between the tribes, the Connecticut Lottery as well as Sportstech. Sportstech is the licensed provider of off-track wagering in the state. As you can expect, the 2 tribes opposed this offer.

Nonetheless, the Governor remained persistent in hopes that a fair resolution between all parties would be reached. Fortunately, Governor Lamont managed to strike a deal with the Mashantucket Pequot and Mohegan tribes that will now see Connecticut residents enjoy sports betting before the end of the year.

Stipulated in the agreement, an 18% tax rate will be levied on new online gaming for the first 5 years of operations but the percentage will go up by 5% in the following 5 years. Wagers on sports, on the other hand, will be charged a tax rate of 13.5%.

As part of the deal between the tribes and the state, both the tribes and the lottery will share exclusive rights for the operation of legal sports betting in the Constitution State.  The deal is all but sealed but it is still pending approval from both the State Legislature, as well as the United States Department of the Interior.

Thanks to the exclusivity deal that was signed by Governor Lowell Weicker in the 90s, the 2 tribes have been paying the state of Connecticut 25% of the gross gaming revenue that slot machines generate. The administration and the tribes have been trying for at least a year to find a way forward because the state’s gaming economy has been on a downward spiral while surrounding states continue to prosper with newly legalized markets.

For instance, Rhode Island, which borders Connecticut on the east recently opened up its market to allow remote registration for sports wagering. Massachusetts is also seriously considering legalizing sports betting while punters in New York have never been closer to a new sports betting market.

If the tribes had failed to reach an agreement with the state, authorities would probably have tried to make up for the loss in revenue by inviting commercial operators. However, this would be a tall order as the regional market has grown a bit stale with incoming competition from other states such as New York and Rhode Island.

But it’s not just the tribes that the state has had to deal with throughout the legislation process. Sportech, which has authority over the state’s off-track wagering, has also been fighting for a share of the online sports wagering pie. Under the deal struck with the tribes, the Connecticut Lottery will license sports wagering alongside Sportech in retail casinos, but not online.

Some of the apps that Connecticut punters will have to choose from include:

The 2 tribal casinos in the state will also partner up with established sports wagering brands. Foxwoods Reports has partnered up with DraftKings while the Mohegan Sun is allied with Kambi.

For sports betting in Connecticut to take off as planned, the authorities, as well as the tribes, will have to come to an understanding. The good news is that both the administration and the various tribes agree that Connecticut needs to join the 21st-century approach to betting.

If legalized by the General Assembly, not only would sports wagering be legal, but every device would also be a portal to sports wagering, iGaming, and lottery ticket purchases. The lottery, which has been contributing millions to the state as retail casinos continue to dwindle in revenue, will also be allowed to offer sports wagering alongside the 2 major tribes.