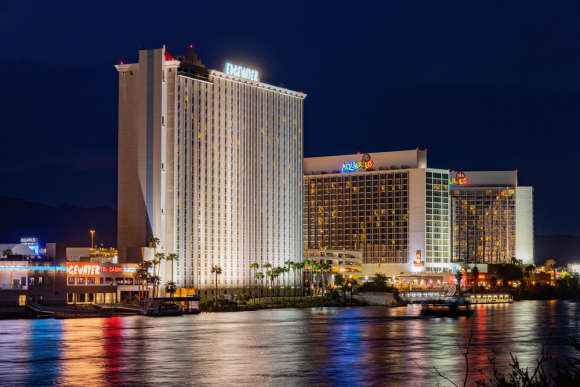 The casino business has been booming for some time now and Chicago wants a piece of the action. Chicago city officials have been accepting proposals to construct a casino resort that will see thousands of new visitors arriving in the country’s 3rd largest metropolis.

Chicago Mayor Lori Lightfoot is determined to attract some of Las Vegas’s biggest and most established operators. Lightfoot believes that operators with a Vegas address will help to legitimize Chicago’s struggling gambling market and attract top gaming ventures and investors.

Currently, Illinois only has about 10 casinos statewide but none are situated within Chicago’s city limits. The first one, the Riverboat, was established in 1991. Last year, the legislators changed Illinois’ gaming laws thus paving the way for Chicago to seek out a single casino operator. However, experts are concerned that the conditions in Chicago are not optimal enough to seek operators with Vegas addresses.

Why? The main point of concern is Chicago’s high tax rates. The rate of taxation in Chicago is approximately 40% while Nevada’s gaming tax rate is a mere 6.75%, the lowest rate in the nation by far.

So far, only 3 Vegas-based operators have responded to the request, namely MGM Resorts International, Wynn Resorts Ltd. A Florida-based casino, the Seminole Tribe’s Hard Rock International has also responded to the mayor’s request. Plus, the pandemic might make it harder for these companies to apply for licenses in Chicago.

It also doesn’t help that more lucrative opportunities lie in wait elsewhere. Case in point, New York will soon legalize its sports betting and online market after decades of trying. New York Governor Andrew Cuomo finally gave the green light for sports betting to be introduced in the Empire State. Many experts state that New York has the potential to grow to one of the largest and most lucrative sports wagering markets in the country.

Texas is also considering decriminalizing sports betting. The gambling colossal Las Vegas Sands has been pushing for casinos to be introduced to the state but the process will require a humongous change in policy. Legislators have in the past attempted to legalize gambling and sports wagering in the state but they have never gotten very far.

For gambling to be introduced to Texas, the Texas Constitution would have to be amended. This can only take place with a 2 thirds vote from lawmakers in both chambers, which would be followed by a vote from the public during the election held in November. If Texas agrees to decriminalize gaming, the state’s 4 largest cities, namely, San Antonio, Dallas, Houston, and Austin could have casinos.

If a proposal is permitted by the state legislature, Florida could also soon have a casino operated by the Seminole Tribe, which has also expressed some interest in launching a casino in Chicago. For many, Florida appears to be a much safer bet compared to Chicago.

That’s because Florida already has an eager sports fan base that is more willing to try its hand at sports wagering. Additionally, Florida is home to some of the biggest major sports teams. Florida boasts 3 NFL teams namely the Jacksonville Jaguars, Miami Dolphins, and of course, the defending Super Bowl champions, the Tampa Bay Buccaneers.

Apart from the NFL teams, Florida is also home to 2 NBA teams, 2 NHL teams including the defending Stanley Cup champion Tampa Bay Lightning, as well as an additional 2 MLS teams. 13 NCAA Division I schools also call Florida home. Since Texas and New York are yet to legalize sports betting, if Florida does so first, it will be the largest state in the country to do so.

Chicago is doing everything possible to make itself an attractive option

To beat these top contenders, Chicago is doing everything it possibly can to make itself a more attractive option for operators looking to clinch the single Chicago license. The state already tried to modify the gaming laws to reduce the state’s extremely high tax rates for the prospective casino owner.

This will make the construction project more financially feasible to the single operator that bags the license. The single license holder will also be allowed to operate a temporary casino for up to 36 months as the permanent casino project is underway. This will ensure that the operator is still generating an income as construction continues on the main casino resort.

Chicago mayor Lightfoot is convinced that Chicago would make a great addition for any casino operator as the city is still largely unexplored. Chicago is also the 3rd largest city in the country and the largest in the Midwest region. Aside from that, it also serves as a gateway for many people traveling within the country and those arriving from abroad.

As such, there is a ready population and a huge market potential. The mayor has not yet shared its timeline and deadlines for submissions. However, the city should be announced in the coming weeks.

The funds generated from the casino will go a long way in generating millions in new gaming revenues that will then be used by the city to fund its pension program while improving infrastructure in the city. The funds, as well as the job opportunities created, will help to give hundreds of the unemployed jobs. There has truly never been a better time to establish a casino in the city of Chicago.

Is the city ready for a lone casino? Absolutely! Following numerous unsuccessful attempts for tears, gaming expansion legislation in the state was legalized in June 2019 thus paving way for a new casino in Chicago. Sadly, the city has been unable to attract an operator due to its tax rate of 72%, which makes it almost impossible for anyone to develop a profitable casino in the city.

The good news is that now that the tax rate has been brought down to 40%, the city is hoping that some applications should start rolling in. Until they do, we can only observe from a distance.