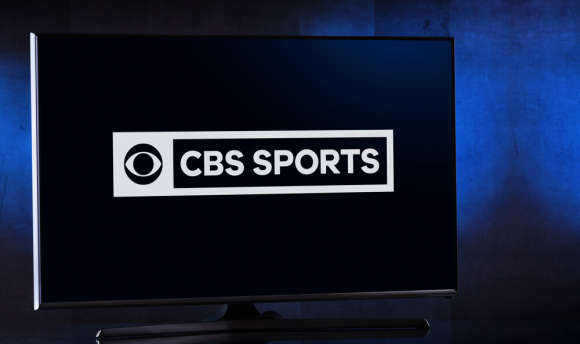 As far back as man can remember, the World Series of Poker has always been on ESPN. But things are about to change. CBS and PokerGO recently announced that CBS Sports Network would soon be the new host of all World Series of Poker events. As part of the deal, CBS will broadcast 15 hours of the main event competition, which has been scheduled to take place in November this year in Las Vegas.

CBS will also broadcast 36 hours of 18 new gold bracelet events. ESPN has been broadcasting the event since 2002. However, most poker lovers do not know that CBS was actually the first broadcast station to televise the World Series events in the mid-1970s. In 2019, however, CBS struck a deal with Poker Go and has been showcasing some of the gold bracelet events since then.

This new partnership between CBS and PokerGO is expected to last beyond the 2021 season. The companies are yet to provide additional details of the schedules. However, both groups have confirmed that the World Series of Poker will also be covered across other Viacom CBS platforms.

CBS does this regularly with other tournaments and sporting events that it is broadcasting. For instance, it followed a similar routine with this year’s recently concluded March Madness. Because there are too many smaller games that are usually taking place, it would be impractical to air all of them on CBS at the same time. As such, CBS usually spreads them out to their partners such as TNT, TruTV, and TBS.

Please note that CBS Sports Network is not the same as CBS Sports. CBS Sports is CBS’s primary sports brand and it only airs major events such as NCAA basketball tournament, the NFL, as well as major college football games. CBS Sports Network, on the other hand, is much smaller than CBS Sports or ESPN as it is a cable network that caters explicitly to non-major sporting events and tournaments.

Why would WSOP move then?

As mentioned earlier, CBS Sports Network already has a long history with Poker Central. The 2 worked together in 2019 airing bracelet events on PokerGo, CBS Sports Network, as well as CBS All Access. Plus, there have been rumors floating around for years that ESPN has been looking to cut poker coverage as it wasn’t making ESPN sufficient revenue from televising it.

For any poker lovers that have the CBS Sports Network Channel, it means that they will get the opportunity to watch as much World Series of Poker as they want; something they couldn’t really do with ESPN. With this new partnership, poker lovers have the opportunity to sink their teeth into 36 hours of the Main event alongside an additional 18 hours of bracelet events, which is a lot.

With ESPN, the Main Event was the only bracelet event that was televised. PokerGo would live stream final tables of many smaller events. However, with this new collaboration between CBS Sports Network, poker lovers who don’t have access to PokerGo will also enjoy an opportunity to watch their favorite WSOP events and players, which can only be a positive thing for the industry and its fans.

What should people expect from this year’s World Series of Poker?

The highly anticipated 2021 World Series of Poker will not take place during the summer as it has in previous years. For the first time in its history, the WSOP will host its series at the Rio much later in the year. Last year’s summer poker event was canceled because of the advent of the pandemic.

The WSOP was replaced by the WSOP Online Bracelet Series. The 85 bracelet event was split between 2 platforms; WSOP.com and GGPoker. As you may already know, the vaccination process has been ongoing around the country. As such hosting the summer did not seem like a good idea as it would not have been feasible in the current health crisis.

By fall, however, it is expected that more and more individuals will have been fully vaccinated, thus paving way for the WSOP to be held at a live venue with spectators present. This year’s event will be held between September 30th and will run through November 23rd. Of course, these dates are hinged on regulatory approval.

The good news is that things are already looking hopeful for Nevada. Governor Steve Sisolak has announced his plans to ease restrictions effective May 1st. The Governor has already relaxed capacity restrictions for restaurants and casinos from 25% to 50%. Because of these eased restrictions, many conventions and shows are scheduled to make a comeback on the Strip as the city prepares to welcome more arriving tourists.

This year’s WSOP will return with a twist; the November Nine. The November Nine was last seen 5 years ago and usually refers to the final 9 contestants or final table at the Main Event of the World Series of Poker.

Las Vegas and Rio might hold most of the poker action during the 2021 World Series of Poker. However, the WSOP is also planning another online series, as well as a WSOP Europe series that is expected to be held at King’s Casino in Rozvadov, Czech Republic just 2 days after the Main Event has been concluded. WSOP Europe will consist of 15 bracelet events to last through to December 8th.

Just because the WSOP is not taking place this summer doesn’t mean that the season will be devoid of any tournaments. Each month since December, the Venetian has been holding a DeepStack series that guarantees participants hundreds of dollars in winnings and has therefore been attracting thousands of participants as a result.

This DeepStack tournament series is expected to last all through summer, which should give fans of the WSOP plenty to enjoy. Venetian’s DeepStack Championship Series has become quite the attraction for poker lovers all over the world as it has been one of the only tournaments that have remained consistent amid the pandemic.