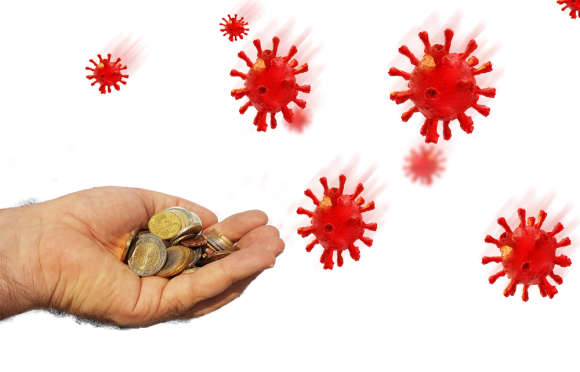 US casinos are in the process of asking Congress for emergency financial help as cases of Covid-19 increase.

Casino operators now join those in the airline industry who are taking a severe financial hit in asking for help.

The requested aid raised by lobbyists could come from a bailout package similar to what could be given to cruise liners, the hospitality industry, and airlines to keep them afloat. Another option is for casinos to receive direct cash payments, special bankruptcy protections, or deferred taxes.

One person, who was not authorized to speak publicly, told the Washington Post that a Wynn Resorts representative had raised the possibility of cash payments with members of the American Gaming Association (AGA). A casino spokesperson has not responded to a request for comment.

The AGA has said additional funds are needed to support casinos and their employees while the industry is at a ‘near standstill’.

All 50 states of America have now reported cases.  West Virginia became the last to announce a confirmed first case on 17 March.

Tourist destinations are taking a significant financial hit as countries begin to lock down and borders are closed. An increasing number of states are asking casinos, restaurants, and bars to close immediately to prevent further spread of the virus.Casinos in Atlantic City and Maryland have been completely shut down.MGM Resorts International had closed all Las Vegas operations, including hotels, by 17 March. It is thought that customers will now move over to online casinos.

The AGA said in a statement: “As state governments close casinos as a part of the urgent public health response to COVID-19, elected leaders should move just as urgently to support the workers and businesses who will bear the brunt of those effects. Our immediate priorities are actions that provide liquidity to allow us to support employees.”

Some Las Vegas venues are still operating despite advice from the Centers for Disease Control to cancel events of 50 people or more.  The Trump administration has said it will push for special financial relief for the hospitality industry as well as cruise and airline operators, although this has not yet been confirmed.

A bipartisan package approved by the House on Friday did not include said bailouts, but assistance for specific industries - particularly focusing on airlines, is expected in a third package which is now undergoing work.

The gambling industry currently supports 1.8 million jobs which may be affected if the government does not provide financial help to operators. We may see operators using online casino bonuses as a way to attract more customers to play at home.

Giving financial aid could also, however, cause political controversy about who federal lawmakers choose to support during difficult times.

Operators could face additional scrutiny based on Trump’s previous profession as a casino developer. The President still owns the Trump International Hotel Las Vegas with casino magnate Phil Ruffin, which relies on casino tourism for business.

Wynn Resorts’ Steve Wynn was vice chairman of Trump’s inaugural committee and was named chairman of the Republican National Committee’s finance committee when Trump made it to office. He had to step down after sexual harassment allegations.

Treasury Secretary Steven Mnuchin warned lawmakers that financial assistance should not be seen as a ‘bailout’. Instead, ideas were floated on deferring federal taxes for some industries and providing low or zero-interest loans.