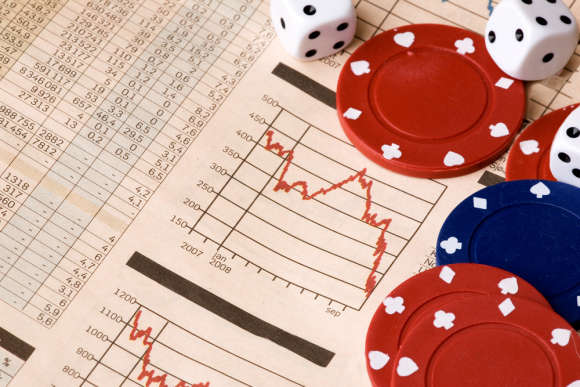 Casino stocks are continuing to fall amidst the coronavirus outbreak, despite plans to reopen states in the coming months.

MGM Resorts announced its shares had dropped 1.8% last week, hurt mostly by closures and travel restrictions at its flagship venues in the US and Asia.

Meanwhile, Macau, one of the world’s most popular gambling destinations dubbed the ‘Vegas of China’, reported a huge 97% decline in April gaming revenue.

Managing director of FX strategy Boris Schlossberg, however, told CNBC the worst could be over for the industry.

He said: “Yes, absolutely Macao’s gaming has just come to a complete standstill. But that’s not the first time in that region for people to be dealing with a pandemic.

“In Asia, I think the population is just much more adaptive, and as soon as there is a green light or even a yellow caution light, they’re going to reenter the arena.”

Schlossberg went as far as to compliment the rebound strategy of Las Vegas Sands, an operator that generates a massive 63% of its earnings from slots, table games, and nightlife in Macau.

He added: “LVS, which has a very strong balance sheet, is going to really be able to capitalize on the position. So, despite the gloom and doom, I think Asia should rebound first and LVS will be the beneficiary.

“In the meantime, I think the fact that they have a very strong balance sheet allows them to opportunistically look for other acquisitions. So, overall long term, I think they’re going to come out of this a winner.”

Other market experts, however, have their eyes on different casino stock. Craig Johnson, the chief market technician at Piper Sandler, said he was watching MGM’s movements, said to be kickstarting what he called a ‘nice upward-trending price channel’.

Johnson added: “When I look at a chart like MGM, there’s no doubt that … we got to decide when we want to hold them and when we want to fold them. And when I look at this chart, the way that we recovered off the lows, we started a nice upward-trending price channel and we’re making a nice series of higher highs and higher lows.”

Despite its fall last week, MGM still managed to end the week up more than 7%, although it remains down by 55% for the year.

Conversely, since the early part of February, there has been a marked drop of more than 50% in Wynn Resorts’ stock value. On the other hand, while still a major drop, Las Vegas Sands lost around 34% over the same time period.

Wynn is growing at a faster rate of around 15%, however, compared to LVS’s 7%.

It was in mid-March when US casinos really started to feel the pinch as states started to close down one by one. Though governors are now starting to announce plans to reopen businesses, it is unclear when casinos might be permitted to operate as normal again.

The very steps needed to prevent viral spread are bound to damage casinos.

New social-distancing rules could see a maximum of just two players per gaming table, and every other slot machine turned off to prevent the spread of the virus. Guidelines are also expected to limit the number of customers allowed in venues at any one time, a move that could cause further damage. Not only will markedly lower revenue result from restricting player numbers, but this will also disrupt the vibrant atmosphere for which casinos are enjoyed. Access to games is one thing; social buzz is quite another.

Clear shields and thermal cameras could also be installed in venues, making them safer but also feel somewhat sterile and unwelcoming.

According to Forbes, however, stock declines currently have more to do with future growth prospects than geographic exposure as the pandemic continues to affect all major global economies.

It expects Las Vegas Sands to outperform Wynn Resorts as we move forward, due to its strong presence in Macau. For now, however, it is mostly a case of waiting for the world to get moving again.

How Secure Are Online Live Casinos?