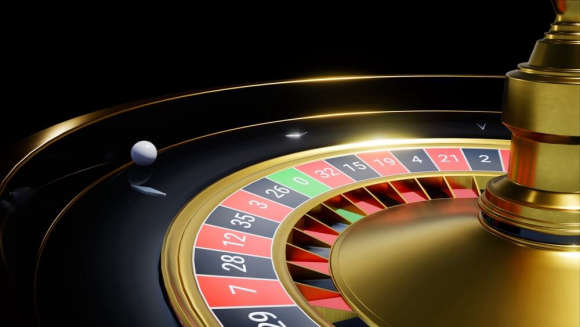 The people of New York have always wanted to have a casino resort in Time Square but the level of opposition is discouraging good things from happening in the future. Longtime denizens such as Broadway Show producers are at the forefront of this opposition. The entry of three full-scale casinos in downstate New York might just be what the state needs to open up this market; if only the right places are identified.

The first proposed location is Coney Island (specifically the piece located near the corner of Surf Avenue and Bowery). This parcel of land is property of Thor Equities, a commercial real estate company with major operations in Mexico City, London, and New York. Satellite offices exist in Oregon, Portland, Chicago, Houston, Miami, San Francisco, Madrid, and Paris. Though Equities have assembled a consortium to pitch the idea of a major casino resort on Coney Island.

Some of the partners that have been enjoined in these efforts include Saratoga Casino Holdings, owner and operator of a major racetrack casino situated north of the state’s Albany capital in Saratoga Springs – as well as Chickasaw Nation’s Global Gaming Solutions (GGS), which is an Aboriginal American tribal company based in Oklahoma which owns and runs multiple online casinos across the US including the WinStar World Casino and Resort, popularly known as the world’s largest casino.

There are also minority stakeholders who are party to this deal, such as Legends Global Planning – a company which was co-founded by associates of the New York Yankees and Dallas Cowboys with the sole interest in tourist attractions and well-known stadiums like One World Observatory and SoFi Stadium.

From the partnership that has been formed to look at the establishment of a new casino resort, word is already out that the plan is to set up a $3 billion casino, hotel, and entertainment complex. This sounds impressive but it is still too early to start the countdown; the announcement did not offer any details of how and when the process would take place. For now, it is safe to say that what has been shared is great for fueling people’s imagination.

The owner of Thor Equities is Joe Sitt who is a local of Coney Island; Sitt also has business interests in the local entertainment district. According to reports from various sources, it appears that Sitt has since last summer expressed interest in one of the local casino licenses. It is no surprise then that he was tasked with making this phenomenal announcement. In defending the proposal, Sitt mentioned that the project had the backing of some incredible partners whose motivation in offering their support is to see lasting prosperity in the community and the people who live in it.

The ultimate goal for all those involved in developing Coney Island is to turn it into an all-inclusive-year-long destinations that will have unique experiences for everyone. When the experience of the various partners involved in the development is analyzed, it emerges that there is a solid track record in job creation, entertainment, gaming, operation, and development. Coney Island will be a haven of adventure and life security for the next century.

According to CEO of Saratoga Casino Holdings LLC, Sam Gerrity, New York is not a new market for him because his family has been doing business there for decades. One of the most notable family businesses is the first non-tribal casino in 2004 which has so far contributed more than $1.2 billion to the New York State education system. Gerrity has opened up about being excited to be partnering with Thor Equities, LLC and Global Gaming Solutions, LLC, two world-class organizations, on the shared vision of bringing a community-friendly gaming and entertainment venue to Coney Island.

Even though the Chickasaw Nation (GGS) does not have an active business in NYC yet, they are still worthy partners considering their 23 gaming sites in Oklahoma (including WinStar), one of the world’s largest casinos. Winstar has close to 400,000 square feet of gaming floor and features 9 city-themed gaming plazas holding more than 10,000 electronic games. Venetian Macau has 500,000 sq ft of gaming floor that hosts 6,000 slot machines and 800 gaming tables. Tables seat between 1 and 9 players, but mostly 6.

Global Gaming Solutions chairman, Bill Lance reports that his company has a strong relationship with Legends through its flagship WinStar property. The GGS boss is optimistic that the collaboration will be a success based on combined strengths and shared commitment to create a top-of-the-range entertainment venue that respects the history of the neighborhood and breathes new life into this iconic New York City landmark.

According to the report, the impression was that the consortium would be working with local businesses and were dedicated to hiring local Coney Islanders. It has also been revealed that there is a plan to set up a program for job training to cater to the residents of Queens and Brooklyn. Plenty of jobs in the hospitality and gaming industries would be created in the near future if the proposed project kicks off.

Listening to the people speak

Back in November 2023, the voters of New York voted in favor of a referendum to authorize a maximum of 7 casinos to be constructed to cater for the growing demand for jobs and school funding. Even though it was not entrenched into this particular bill, Albany leaders decided to adopt the proposal in two phases. The wait has been more than seven years long – only 3 outlying casino resorts remain to be established and the proposed location is New York City.

The big money and heavy hitter have landed at the proposed site of the casino construction, in territory that has never before been used for gambling. The population of close to 20 million is the biggest attraction and near guarantee that the industry will be a success here. Existing “racino” operators will most likely be vying for the “real casino” licenses.