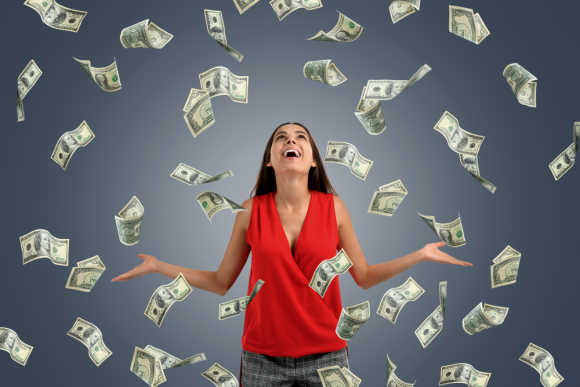 A Texas man has won big after scoring $1.5 million from just one $3 bet.

The man placed the modest bet on an U-Spin Jackpot penny machine at the Kickapoo Lucky Eagle Casino Hotel.

The name of the man has not been released, but it is reported that he is a platinum players club member and had brought a friend with him on the big day.

Membership to the club is free and open to players over the age of 21.

He is reportedly from the Adkins area and is the tenth person to win more than $1 million at the hotel in eight years.

The hotel, located in Eagle Pass, has 249 suites to choose from, in addition to the casino, fitness center, pool, and business centre.

The huge jackpot is just one of many that very lucky players have hit in the history of American gambling, an industry that is now worth $137.5 billion.

In November 2012, a winning Powerball pot of $587.5 million was split between Matthew Good and the Hill family from Missouri.

One of the named winners was Marie Holmes; the other two players decided to remain anonymous for obvious reasons.

The largest-ever jackpot payout given to a single player in US history was made in October 2018.

When it comes to slot machines, the largest ever payment was given to a Los Angeles software engineer who wagered $100 on Megabucks at Excalibur in 2003.

He won the largest Vegas slots jackpot to this day: $39.7 million.

He chose to have the money paid out in 25 annual installments of $1.5 million.

Despite all the wins, there have been a few misfortunes and disappointing machine malfunctions over time, too.

In 2016, Katrina Bookman hit the headlines when she thought she had won $43.1 million on a ‘Sphinx’ slot machine at Resorts World.

After taking multiple selfies and posting on social media, the resort told the big winner that the prize was only worth $2.25 and offered her a steak dinner as consolation.

Despite the huge history of gambling and all the trials and tribulations that have come with it in the last few months, this win really is proof that sometimes gambling can really change a person’s life for the better.