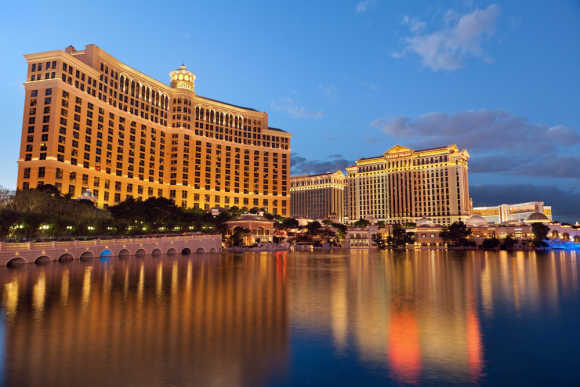 The CEO of Caesars Entertainment has warned the hotel industry of the problems it is set to face if it continues to raise resort fees.

CEO Tony Rodio spoke out during the company’s August 5 earnings call, claiming that it would now be monitoring these fees across the industry because they are getting ‘pretty high’.

This comes after a $6 price hike for MGM Resorts International venues Aria, Vdara and Bellagio, bringing the extra cost up to $45 per day.

These fees are an additional cost to the buyer and are separated from the advertised resort price.

The average fee is $24.93 per day, although there is currently no limit on how much resorts charge.

Resort fee prices can sometimes come out higher than the original cost of the room.

Las Vegas Review-Journal reported Rodio said: “Over time, at some point, there’s going to be the straw that breaks the camel’s back.

“I don’t think we’re there yet, but I want us to be very judicious and cautious about taking those rates any further.

“It’s certainly a revenue stream that’s hard to walk away from and it’s been accepted at this point, but we’re getting pretty high.”

With trends now edging further towards online gambling, it seems right for the casino CEO to be concerned.

On July 9, the attorney general for the District of Columbia accused Marriott of Maryland Hotels of deceiving customers by adding hidden costs onto room prices.

Even scriptwriter of The Book of Eli and Rogue One: A Star Wars Story Gary Whitta took to Twitter to share his disgust at the added fees.

His room booking for an upcoming business trip was hiked up by an extra $140, taking his total room price up to $826.69.

His simple yet effective tweet stated the numbers followed by ‘wtf’.

Followers responded with comments such as ‘Downright asinine. And people wonder why AirBnB tends to be the preferred option’ and ‘hotel and resort fees are a scandalous way to hide the true cost of stuff’.

The well-loved writer and Twitter personality went on to cancel the booking and found a cheaper alternative elsewhere.

Despite the cancellation not involving a Caesars resort this time, it seems to be exactly what is causing CEO Rodio to worry.

It isn’t stopping the company from growing, however, with Caesars and Eldorado Resorts recently announcing a $17.3 billion partnership to create the largest casino company in the US.

The pair is hoping to open an extra 60 properties across the country to take over America’s gambling scene, although rumors are floating around that the company may be selling a strip property to fund the project.