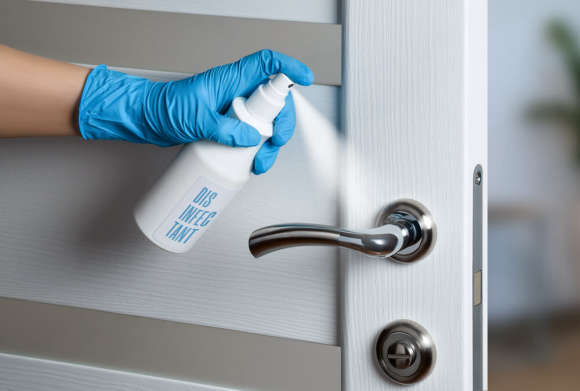 Las Vegas casinos are being accused of putting their heads in the sand and failing to do enough to prevent the spread of Covid-19.

Almost 157,000 people were infected with Covid-19, also known as the coronavirus, as of Sunday morning. The death toll stands at 5,839, while the number of those recovered is now close to 76,000.

As the virus - which originated in Wuhan, China - spreads around the world, many countries are now introducing travel bans and even lockdown periods in an attempt to reduce the number of those affected.

Italy and Spain are now in complete lockdown, while France has made a move to close all non-essential businesses. Mass gatherings of 100 people or more have been banned across multiple countries.

Casinos are continuing operations - although many people are now reaching for online roulette instead.

MGM Resorts International, which runs the Bellagio, Mandalay Bay, and MGM Grand among others is now placing hand sanitizers in high traffic areas, according to spokesman Brian Ahern.

Ahern said the move was to reinforce proactive cleaning and give ‘disinfectant procedures’ a boost.

Las Vegas Sands Corp., which operates the Palazzo and the Venetian, has introduced more hand sanitizing stations and additional staff to “disinfect high touchpoints more regularly,” such as escalator rails and elevator buttons.

But a number of visitors have criticized the venues for not doing more to protect customers.

Ontario native Pauline Murray told Las Vegas Review-Journal: “If we didn’t hear about it on TV or the newspapers, we wouldn’t even know (there was an outbreak).

“To me, there’s nothing. There’s no signs anywhere telling people to be diligent about sanitizing their hands.”

Pauline is staying at Caesars Palace for the week with her husband, Dale. He said the casinos were ‘putting their heads in the sand’.

Wynn Resorts Ltd, Caesars Entertainment Corp, Station Casinos and Boyd Gaming Corp did not respond to requests for comment on their current cleaning efforts, including cards and chips for games such as blackjack.

Associate professor of hospitality at UNLV Mehmet Erdem said properties are being proactive in their sanitation efforts, despite public opinion.

He said: “When one considers the volume of foot traffic in and out of the Strip properties … the public areas and casino floors are unbelievably clean. There is already plenty of evidence of visible precautionary measures at many Strip properties, i.e. hand sanitizers by cashier-desks (and) cashiers wearing gloves.”

Some tourists have yet to notice any such efforts to make customers feel more at ease.

Tyrone Dickey, who is staying at the Hilton Elara with his wife, has also made stops at Caesar’s Palace, Flamingo, Bellagio, and TI. Although visiting twice a year, he said they hadn’t noticed more cleaning than any other year.

He did note he had seen a hand sanitizer on the entrance to New York - New York, but found it was empty.

He said: “That tells you people, when you walk in the door, they’re worried about (the virus). Everybody’s touching the same things.”

Associate professor of hospitality and tourism management at Indiana’s Purdue University Jonathan Day said visible cleaning efforts are critical to enhancing customer relations. If the situation fails to improve, valued customers could be reaching for online poker instead.

He said: “People are looking for cues that show the companies are caring and they’re working on their behalf,” he said. “It’s a chance to show how much you care, and create a safe place for people to relax and enjoy.”