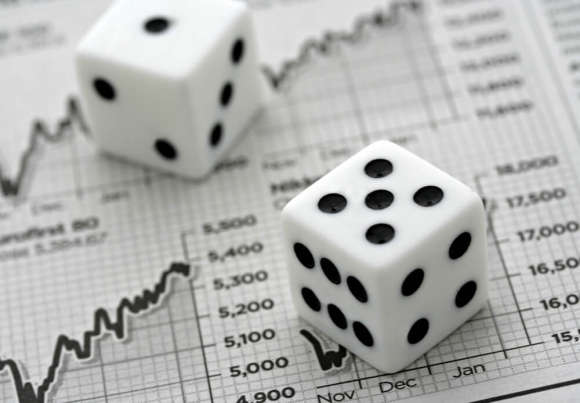 Can Betway and Spin Shakeup The US Online Gambling Market?

Can Betway and Spin Shakeup The US Online Gambling Market?

It’s no secret that the US has one of the most vibrant sports betting markets in the world. And yet, even as some operators continue to rake in millions upon millions year over year, a few continue to trail in revenue and performance. One of the operators that is yet to reach its full potential is Super Group, which is made up of Betway online and Spin Online Casino.

Thankfully, Super Group is now looking to change all that. To improve its chances of standing out in the US market, Super Group recently joined forces with Sports Entertainment Acquisition Corp (SEAH). This merger now allows Super Group to create the NYSE-listed international sports betting empire that it desires.

Super Group is one of the most well-known brands in Europe, enjoying a total of 23 jurisdictions all across Europe, Africa, and America. As of March 2021, Super Group had generated approximately $42 billion in wagers for the 12 months leading up to March 2021. But Super Group hasn’t been as successful in the American market as it has been in Europe.

To help it dominate the vibrant US online sports betting market, Super Group is also working on acquiring Digital Gaming Corporation. The deal is still in the works and is awaiting regulatory approval. If it pulls through, DGC will have exclusive rights to utilize the Betway brand in the country.

As a result of this lucrative partnership with DGC, Betway customers in the US will now have premium access to DGC’s wide-ranging casino content. Some of what customers will enjoy include Assassin Moon, 9 Masks of Fire, and Diamond Inferno. It hasn’t been too long since DGC made its debut in New Jersey, which is by far the most vibrant sports betting market in the country.

This partnership will also give Betway access to up to 10 states that already enjoy legal sports betting. Some of the states that Betway will look to include New Jersey, Iowa, Colorado, Pennsylvania, as well as Indiana. Betway has already positioned itself for a strong start thanks to its brand partnerships with numerous US teams, leagues, and sports personalities.

As it stands, Betway has partnerships with NBA teams such as the Golden State Warriors, LA Clippers, Chicago Bulls, and Brooklyn Nets. In Europe, Betway has a longstanding relationship with various English Premier League teams such as West Ham United. It is also allied to esports team Ninjas in Pyjamas.

Apart from the NBA, Betway also has close ties to the NHL’s New York Islanders, which are 4-time Stanley Cup champions. In addition to these alliances, the Los Angeles Kings also agreed to have Betway’s branding included in their in-game product and other digital assets. Owing to this agreement, the Betway brand has a chance to be seen by thousands if not millions of American sports betting fans.

To put the icing on the cake, Betway also secured title sponsorship with the Miami Open which took place between 22nd March and 4th April. Thanks to this agreement, Betway received brand exposure in the form of online and courtside advertising at the tournament’s venue. The Miami Open was held at the Hard Rock Stadium.

To consolidate its position in Europe, Betway also renewed its collaboration with French team Paris Saint-Germain’s (PSG) and its esports brand, PSG.LGD. PSG and Betway have been collaborating since 2018. Apart from its strong presence in the European sports betting market, its experience with esports will also give it the leverage and credibility it needs to stand out.

Like many sports betting companies in the world, it is only natural for Betway, a highly recognized brand to want entry into one of the most successful sports betting markets in the world. as Betway continues to push for market domination, it will also be competing against some familiar names from back home such as William Hill. The Kindred Group also launched the Unibet brand in the US market.

With this new partnership with DGC, Betway now has the strategic power it needs to fuel its growth in the US sports wagering market. Betway has enjoyed a long tenure in sports betting and iGaming. As a result, it shouldn’t experience too much trouble trying to fit in. Like Unibet, Betway should seriously consider positioning itself in sports betting markets that are yet to launch such as New York or California.

In doing so, Betway will have placed its brand strategically for domination in these states as it will be ready to launch as soon as the states give sports betting operators the green light. For now, Betway is still pursuing license agreements in several states before it can be allowed to operate.

Which other states are looking to legalize sports betting soon?

Other states such as California still have a long road to walk. In particular, California has been dealing with tribal pushback and has a referendum set for early 2022. States such as Arizona, Connecticut, Georgia, Kansas, and Massachusetts are yet to reach a consensus. If Betway wants to increase its chances of success in the US market, it needs to do everything possible to not only raise its brand awareness but also offer a more enhanced product that the American sports bettor will be hard-pressed to find elsewhere.