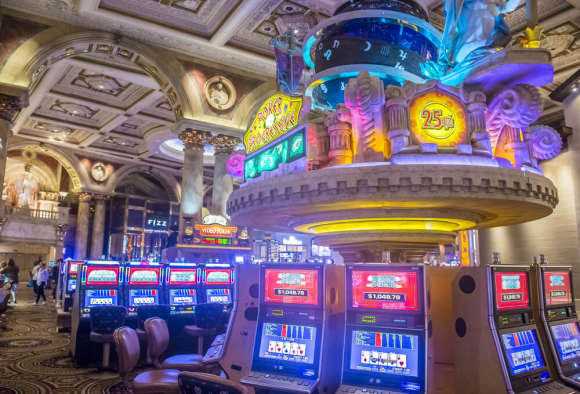 Last year, the New Jersey gaming regulator gave Eldorado Resorts and Caesars Entertainment the go-ahead to merge. The deal worth an estimated $17.3 billion created what is now the biggest casino business in the country.

When Caesars Entertainment and Eldorado Resorts merged their units, they did so under one vital stipulation from the New Jersey Casino Control Commission (CCC). The newly formed group was required to invest at least $400 million into upgrading its 3 Atlantic City casinos. When Caesars was undergoing financial troubles not too long ago, it found itself unable to pay sufficient attention to its Atlantic City properties, which had left them looking outdated and worn.

This stipulation from the NJ CCC was given so that the conglomerate can prove its commitment to Atlantic City. Caesars Entertainment filed for bankruptcy in 2015 and chose to focus its upgrades in Vegas instead of Atlantic City. Regulators in the Garden State want to make sure that this doesn’t happen again.

Recently, however, to prove its commitment to AC, Caesars announced that it had made plans for how its 3 hotels would be renovated, as well as how the $400 million would be dispersed. Caesars has divided the process into phases whereby phase one will include a total upgrade of all its guestrooms and suites at both Harrah’s and Caesars.

This upgrading project will cost Caesars a projected $170 million. The renovation process is scheduled to begin with the group’s 600 guestrooms. The center of focus for the 2 hotels will be 2 of Caesars’ Centurion and Ocean Towers, as well as the Atrium Tower at Harrah’s.

Caesars plans to upgrade the guest rooms at Centurion and Ocean Towers to include a contemporary Roman aesthetic that will complement the Atlantic City scenery, that is, sand, sun, and of course, the Boardwalk. Harrah’s decor, on the other hand, will be based on water components paying homage to Harrah’s Marina District location.

Caesars hasn’t shared its plans on how it intends to disperse the remaining $230 million necessitated by the merger conditions. However, the projected $170 million renovations seem to have received a green light from New Jersey Gov. Phil Murphy (D).  Apart from Caesars and Harrah’s, the group also owns Tropicana situated on the boardwalk.

Apart from investing the $400 million, New Jersey Casino Control Commission (CCC) had also put a stipulation requiring the Caesars group to sell one of its Atlantic City casinos to ease concerns over the group’s monopoly in the market. As a result, Caesars sold Bally’s to Twin River Holdings last year for $25 million. Twin River later changed Its company identity to Bally’s Corporation.

The state of Atlantic City Casinos

For the first time since the start of the pandemic, casinos in Atlantic City recorded the highest revenues in March. In total, the state’s retail casinos, online casinos, and sportsbooks reported revenue of $359.2 million in March 2021; a 120% boost year over year. compared to the same period last year during the early stages of the pandemic, the market conditions this time around were a lot more favorable.

MGM Resorts Borgata led the pack in terms of revenue for March. In total, Borgata generated just over $89 million from punters, including $46.5 million from its brick-and-mortar casino while its online operations fetched an impressive $36.1 million. Hard Rock followed closely at second place, managing to generate approximately $69.9 million.

Hard Rock stands as the leader when it comes to online gaming. Hard Rock’s Golden Nugget Online casino generated a remarkable handle of $31.1 million. As far as sports betting is concerned, however, the Meadowlands in conjunction with FanDuel still maintain their number one spot with $31.2 million; more than 50% of the entire state’s winnings.

Even though the city has been getting its groove back in the last couple of months, numerous restrictions remain throughout the city. For instance, casinos are still limited to operating at a 50% capacity while smoking indoors still remains a banned practice.

The good news is that although some restrictions exist, the Governor did lift the 10 pm closing curfew. He also increased indoor dining capacity from 25% to 35%. As a result of these improvements, casino floors can now keep their doors open throughout the day.

Atlantic city is keen on welcoming back tourists

The city has been seeing an uptick in arriving visitors ever since the casinos reopen their doors in July. The city was forced to shut down its 9 casinos in the wake of the pandemic, which resulted in more than $112 million in operational losses. So far, casinos and dining establishments in AC have done an excellent job of implementing all the safety measures while also ensuring that their customers are well taken care of.

As restrictions continue to be lifted gradually, and more and more people continue to receive the vaccine, it is expected that more visitors will continue to arrive through the city gates. By May 10th, the governor is expected to increase the indoor dining capacity to 50% with a maximum capacity of 250 individuals.

This means that any operator that has been holding off on hosting large events such as small concerts and weddings will be able to do so. By May, dance floors and clubs may also be permitted to hold small indoor events as long as there is proper masking and social distancing. It is still unclear when dance floors and bars will be allowed to resume operations although the outlook is generally positive.

The pandemic may have sent revenue plunging for many Atlantic City retail locations. However, things are finally starting to look up for the city. The city’s 9 casinos have been able to maintain their operations despite an extremely challenging year. As the threat of the pandemic wanes slowly and as more and more people continue to get vaccinated, things should keep improving for the city, which could signal the return of meetings and conventions to the city.