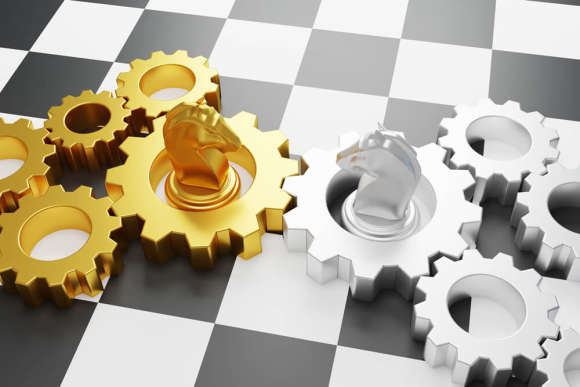 Bragg Gaming Group recently made an announcement regarding the company’s efforts at accelerating growth in the North American region. The group had earlier revealed to the public that it would acquire Spin Games LLC. The trade which cost the company approximately $30 million has been finalized; the settlement was made in cash and stocks. By acquiring Spin Games, Bragg will have under its control a widely distributed and differentiated iGaming product offering.

One of the first moves that Bragg is going to make to take full advantage of this acquisition is leveraging Spin’s relationships in the U.S. iGaming arena as a platform for introducing new casino content. The titles that have been earmarked for rollout have been created by a third-part operator with the aim of catering to the preferences of the U.S. and Canadian customers. The management of Bragg expects to launch the first batch of proprietary games in New Jersey, Michigan and Connecticut by the third quarter of 2022. Some of the titles that the market has been eagerly waiting for are Paradise Ticket, Fairy Dust and Egyptian Magic as well as exclusive games developed by other studios.

By combining the strengths of Bragg and Spin Games, the rapidly growing U.S. gambling industry can expect a new wave of premium iGaming content. Deliver of this content to players is facilitated by advanced player engagement technology that is undoubtedly designed for quality customer experience. Bragg brings to the table a rich portfolio of innovative and exclusive content delivered on a technology-forward platter while Spin Games offers familiarity with the local market and running relationships with leading casino operators in North America.

The rich portfolio of Spin Games comprises of casino content and RGS that have full operational licenses and distribution approvals for the Michigan, Pennsylvania and New Jersey markets. The studio has already acquired a license for Connecticut and British Columbia, Canada but operations are yet to begin in these areas. Spin Games has more than 30 titles that have been developed in-house and they span the categories of keno, action bingo, video poker and slots. Spin Games will now augment Bragg’s portfolio of games with popular titles from third party developers of land-based casino games.

Speaking after the acquisition had been announced, the Chief Strategy Officer for Bragg, Yaniv Spielberg, said that the greatest strength of the acquisition was in the many features that will now work together for a common goal. Spielberg stated that the greater force now comprises of RGS, exclusive gaming content, data analysis capability and advanced player engagement features. The resultant operation is definitely going to strike a positive cord with casino players from North America.

Spin Games list of gaming licenses and existing partnerships is made up of a significant number of U.S. online casino operators. This will definitely favor any move by the company to enter the iGaming market.

Spielberg also revealed that the company was strategically positioning itself for quick growth in the United States over the coming months. The expansion is most likely going to start at the level of what the company currently has then cover emerging offerings as time goes by. With a proven player account management (PAM) platform that powers a host of leading sportsbook and iGaming brands in the European gambling market, Bragg already has a reputation of offering working industry solutions. The company is now targeting large operators and bases its projections of success on its capability to cater to multiple markets simultaneously.

At the helm of the brand new Bragg will be Kent Young, who has for 30 years been involved in the growth of the gaming sector in North America. As the founder and current CEO of Spin Games, Young definitely has interests in the success of the business and can therefore be trusted with the position of President. The main point of having Young on board to this level of the business is so that there is an experienced executive to oversee the rollout of growth strategy. Kent Young will be joining Bragg along with the entire Spin Games team – keeping the team together will be a key factor in ensuring that the growth initiative succeeds.

Young is delighted to be a part of the Bragg team at a time when the company is making immense strides in the gambling industry. There is no doubt that the organization has perfectly positioned to take advantage of the content of other developers and still sell RGs technology as a unique offering. The bringing together of talent from two companies not only strengthens the workforce but also fuels the fire of expansion in a manner that pushes for accelerated growth.

Bragg has a renewed commitment to serving its clientele – they endeavor to sell an experience and not just time on their platform. With the right tools being updated regularly to meet this end, the company is ready for as many markets as are going to open with the spreading wave of gambling legalization.

Since it was launched in 2018, Bragg Gaming Group has positioned itself as a content-driven iGaming technology provider. The company also owns very well-performing B2B companies in the iGaming sector. ORYX Gaming is Bragg’s wholly owned subsidiary that delivers exclusive, proprietary and aggregated casino content through an in-house RGS while Wild Streak Gaming is the group’s wholly owned premium US gaming content studio. Some of the games developed by Wild Streak are popular in the iGaming circles and are offered in social, online and land-based casinos.

Spin Games is the latest subsidiary to join the Bragg stable and is at the moment working to service the U.S. market. The Nevada-based iGaming developer has a huge portfolio of clients drawn from new market entrants to Tier 1 operators.

It is now official that Spin Games is now a full subsidiary of Bragg Gaming Group. The studio’s potential has been beefed up owing to this acquisition and the company can only thrive under the new management.