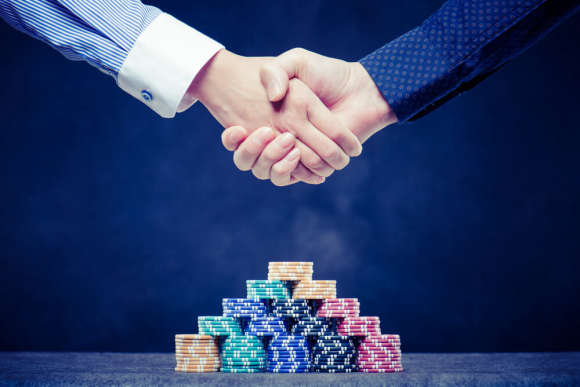 Bragg Gaming Group has teamed up with Rush Street Interactive, one of the most recognized and established iGaming operators in Canada, the US, as well as Latin America. As a result of this partnership, Bragg Gaming is now live with its iGaming content.

Bragg’s remote games server, as well as its exclusive 5 gaming online titles, will henceforth be available for RSI players on BetRivers.ca. Some of the titles that will be accessible straight away include Egyptian Magic by Atomic Slot Lab studio. There will also be several proprietary titles from partner brands that will be rolled out on the platform in the coming months.

The debut of Bragg’s content on RSI’s online casino and mobile app will expand the partnership that already exists between RSI and Braggs in North America. Bragg has been supplying RSI with content in various states including Michigan, Pennsylvania, and New Jersey.

Rush Street has been operating in the Canadian gambling market for a while now since its debut in April this year. BetRivers online casino and sportsbook offers more than 350 slot and table games while the sportsbook offers sports wagering fans opportunities to place single-game bets and parlays on leagues from all over the world.

To spearhead the company’s growth in the market, Rush Street appointed Bruce Caughill as its managing director. Caghill was the ex-Chief legal officer at the Alcohol and Gaming Commission of Ontario, AGCO. Caghill has been overseeing BetRivers’ operations in the growing market as the brand continues to work on establishing itself in the new gambling market.

BetRivers first gained access to the Canadian gambling market when it debuted its social gaming platform known as Casino4fun in Ontario in October 2021. Casino4fun is a free-to-play online casino and sportsbook that can be accessed through mobile devices and laptops at BetRivers.net.

Although the games on offer are free to play, Casino4fun is powered through the same proprietary technology that powers Rush Street Interactive’s real money platform. The free-to-play casino has been offering punters in Ontario a wide array of gaming options in North America, as well as Latin America. The free-to-play casino offers more than 350 high-quality slot and table games that come with unique features and bonuses.

Casino4fun’s online sportsbook also gives sports lovers a chance to experience single-game wagers, as well as parlays from many leagues all over the world. RSI’s expansion into Canada was tactical and methodical. By offering social punters the same service given to real money gambling customers, BetRivers was able to easily establish itself in the market while also building trust with potential future real money gambling customers.

With Casino4fun, BetRivers was able to build its brand, as well as its player base fast. As such, when the brand debuted its real money offering earlier this year, the reception from locals was better than anticipated. Canada now serves as the 3rd country in which Rush Street International operates social gaming, as well as real money platforms.

Ontario is projected to become one of the biggest and most successful iGaming markets in North America. Thanks to the bill C-218, as well as the regulated sports wagering act that was passed less than one year ago, Canada is now well positioned to become the leading player in one of the most lucrative industries in the world.

Today, the province of Ontario offers iGaming under iGaming Ontario, which is a smaller subsidiary of the Alcohol and Gaming Commission of Ontario. Ontario’s market is unique because it not only provides customers with online casino games from Ontario, but it has also incorporated other private operators as well.

So far, the market has been performing beyond expectations and will likely continue to grow as time progresses. Just in the first quarter of legal operations, the iGaming market in Ontario produced approximately CAD 4.1 billion, which translates to USD 3.1 billion. The province generated CAD 162 million in sports wagering revenue, which is a testament to the demand that existed in the province.

So far, the overall gaming handle is being produced by 18 operators that control the 21 online casinos in the province. Please note that Ontario keeps its records from its Lottery and Gaming separate. Experts had predicted revenue of more than $1 billion in just the first year of operation and operators in the province appear to be working hard to attain this goal.

Ontario boasts a growing population of more than 15 million individuals, which makes it one of the second largest populations in North America. This makes it a perfect market for creating a regulated environment that encourages innovation and transparency. The move to create a regulated iGaming market has gone a long way in providing residents with safe and legal betting options online while also inspiring investments and job creation in the province.

Rush Street is one of the most established sports and online gaming entertainment companies in the regulated gambling market in the country. As an early entrant to the numerous regulated jurisdictions, Rush Street’s offerings are available in many states including Illinois, Connecticut, Colorado, Virginia, New York, Pennsylvania, Iowa, and more.