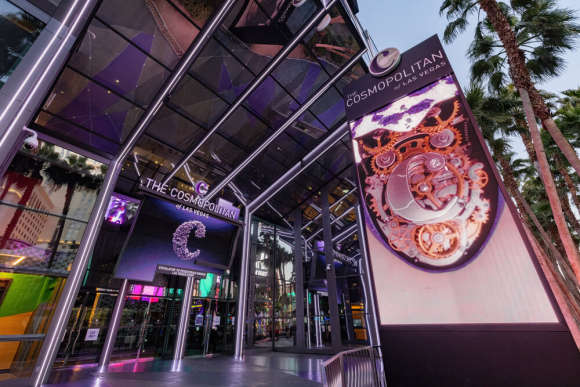 Blackstone Puts the Cosmopolitan on the Market for $5m

Blackstone Puts the Cosmopolitan on the Market for $5m

Two years after failing to dispose of the Cosmopolitan of Las Vegas resort, New York-based private equity firm Blackstone is once again trying to sell the property, this time for $5 million, according to reports.

Two years ago, Blackstone tried, unsuccessfully, to sell the Cosmopolitan for $4 million or more. Instead of selling them, Blackstone began buying a number of properties on the Strip.

Bloomberg reported that Apollo Global Management Inc. which has been acquiring gambling businesses around the world, is exploring an offer. Another potential partner, as property manager, is MGM Resorts International, the outfit reported.

However, MGM is reportedly selling off some of its properties, raising the question whether they would be interested in the Cosmopolitan.

Billionaire Tilman Fertitta has also been rumored to be in the running to acquire the Cosmopolitan. Fertitta has been quoted saying he would be interested in buying “a casino or two” on the Las Vegas Strip.

However, Apollo is considered the frontrunner for the purchase of the property.

The COVID-19 pandemic has taken a toll on the gaming sector, but, however, this has not dampened interest in the acquisition of casinos. Bloomberg reported that prices for Las Vegas casinos have continued to rise despite the pandemic as real estate investment trusts purchase properties and split costs with management firms.

Blackstone shelled out $1.7 billion for the Cosmopolitan in 2014 and spent $500 million more on finishing and renovating it.

The Cosmopolitan was built by Deutsche Bank at a cost of $3.9 billion. The property opened in 2010, but its owner sold it to Blackstone after failing to recoup its costs.

It seems Blackstone has not had any much more luck than Deutsche Bank in terms of recuperating its costs.

Two years ago, Blackstone tried to sell the property, but there was no interest, despite interest in gaming real estate at the time.