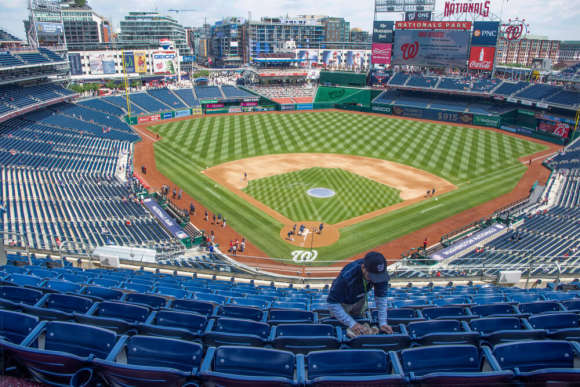 Entain-MGM Resorts owned BetMGM App has gone live in Washington, D.C. within a two kilometer radius of the Nationals Park.

BetMGM has gone into partnership with the Washington Nationals, which makes BetMGM the only mobile sports betting app available at Nationals Park. In January 2021, BetMGM and the Washington Nationals announced a multi-year partnership, which included the launch of the sportsbook’s app within a permitted area around the park, as well as fan-focused campaigns and co-branding opportunities.

The BetMGM app is now available for download on both iOS and Android in Washington, D.C. While the app cannot be accessed throughout the district, due to local restrictions. To use the app, wagers will need to be within a two-block radius of Nationals Park.

“Launching in Washington, D.C. at Nationals Park sets the stage for our plans to expand BetMGM within the region, as we’ve already seen great success in Virginia. The Washington Nationals have been a fantastic partner, committed to innovating the in-stadium fan experience and we’re looking forward to opening our retail sportsbook at the stadium later this year,” said Adam Greenblatt, CEO of BetMGM.

BetMGM’s promise is that its gaming platform will provide Nationals fans a unique opportunity to enhance their game day experience and bring them closer to the action on the field.

“As our official sports betting partner, BetMGM further enhances the greatest in-venue fan experience in Washington, D.C. through its state-of-the-art entertainment products and services. The BetMGM mobile app will enable our fans to engage with the game in new and exciting ways, while the BetMGM sportsbook connected to Nationals Park will provide Nationals fans and the D.C. community with a first-class gathering place to celebrate their passion for sports,” said Alan Gottlieb, Chief Operating Office of Lerner Sports Group. “

While BetMGM is buoyant about its prospects in D.C., sports betting has not been particularly thriving in the district. It was reported that in D.C., the April handle was just $10.74 million. The only online option available to the entire district is GambetDC run by the D.C. Lottery. But the D.C. sports-betting law allows for pro teams in the district to have sportsbooks.

At the beginning of the year, BetMGM’s app went live in Virginia, becoming the third operator to go live in the state.

Jorge Perez, President & COO, MGM National Harbor, said: “As a leader in delivering monumental experiences, today is a very exciting day for MGM National Harbor. This becomes the first of many offerings we are developing to seamlessly connect sports and entertainment across the DMV, providing fans with unique opportunities to interact with our world-class resort and casino.”

The BetMGM App is the second mobile sports betting app attached to a sports team in D.C. Last year, William Hill launched in D.C. via its partnership with the Washington Wizards and Washington Capitals. Like BetMGM, wagers placed via the William Hill app have to be placed within a two-block radius from the Capital One Arena.