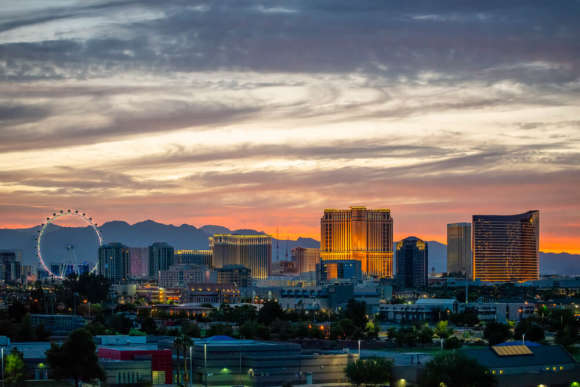 This award could not have come at a better time for the brand having experienced tremendous growth in the sports betting and iGaming markets in the country since the brand started operating in the burgeoning but highly competitive market. Based on EGR’s criteria, BetMGM was given this auspicious title after proving its domination in the sector not only through its quality product but also through its impressive global reach.

As the casino operator of the year, BetMGM was recognized for organizing the country’s biggest exclusive in-house progressive jackpot network. It was also recognized for its robust games, its strategic partnerships, as well as its focus on offering an omnichannel experience. BetMGM has spent most of its time and energy solidifying its position at the top of the iGaming revenue table in the country and this isn’t likely to change soon.

BetMGM will continue its expansion as time progresses

BetMGM’s most recent expansion occurred in Ontario Canada. The largest jurisdiction in the country recently legalized its iGaming market after decades of trying. Ontario will be the first to start accepting wagers in a legal private iGaming market but the rest of the provinces are soon expected to follow Ontario’s lead. BetMGM was one of the very first operators to launch in this new market.

Last year, BetMGM announced that it would be shifting its focus to its sports wagering business amid the ongoing pandemic. MGM CEO and President Bill Hornbuckle announced that the brand would be working to expand its reach into newer markets.

BetMGM first launched in New Jersey back in 2018, not long after the Supreme Court legalized sports wagering in the country. Although the brand, like most other operators, was severely affected by the pandemic and its effects, BetMGM seems to be recovering well. At the start of the year, BetMGM provided an update of last year’s performance, as well as the outlook for this year.

At the beginning of January, BetMGM informed investors that it would expect the 2022 net revenue to exceed $1.3 billion owing to expansion into new states and betting markets. Based on the existing assumption of ITS future live markets, BetMGM also announced that it was expecting to reach a positive EBITDA in 2023. BetMGM has a long-term target of controlling at least 20 to 25 percent of the country’s sports betting and iGaming market.

According to officials in BetMGM, the brand is the number 2 operator across sports betting and iGaming in the country. The brand remains the market leader in iGaming, as it held a 30% market share in Q4 2021. By the start of the year, BetMGM had debuted its iGaming services in 19 jurisdictions- 4 iGaming markets and 19 sports betting markets in the country.

Updating investors, BetMGM announced that it is expected to reach approximately 40% of the adult population in the country. BetMGM already made good on its expansion plans when it launched operations in both Louisiana and Illinois in Q1 2022. Last year, the brand enjoyed one of the strongest financial performances as net revenue from operations surpassed the $850 million mark.

Borgata Bingo was the first bingo product built solely for BetMGM by Entain. This is the first platform of its kind in the country to feature both 75, as well as 90 ball bingo games. In addition to offering punters a full schedule of bingo programming, the platform has also integrated M life rewards. M Life is MGM Resorts’ Rewards program.

Because the reward system is integrated with the Borgata Bingo platform, BetMGM customers can redeem their gameplay for various experiences at MGM Resorts properties all over the country. BetMGM is currently the most visited online casino operator in the Garden State with a recorded 30% gross gaming revenue market share in the state.

BetMGM’s horse racing app has also been growing steadily. BetMGM debuted its horse racing mobile app in Louisiana, New Jersey, and Florida with plans to expand into more states this year. This app allows BetMGM’s customers to place bets at more than 200 race tracks all over the world on premier Thoroughbred, Harness and Quarter Horse races. Horse racing has served as a vital aspect of BetMGM’s market expansion plan and will likely accelerate the brand’s continued growth this year.

It also helps the brand considerably that New Jersey legalized fixed odds bets on horse races not too long ago, which will help the brand grow further. BetMGM’s horse racing app offers customers daily horse racing content, race replays, as well as live streaming video. Through the high-quality well-designed app, BetMGM customers can place bets on horse racing events all over the country including the Pegasus World Cup, the Breeders' Cup World Championships, as well as the Saratoga Race Course.

As the year continues to unfold rather quickly, BetMGM predicts that its net revenue from operations will keep growing. So much so that the online operator is expecting to exceed the $1.3 billion mark as a result of added investments in additional markets, as well as new product launches.

BetMGM believes strongly that it can achieve a positive EBITDA in 2023 which will be driven by many factors including its omnichannel products. MGM Resorts and Entains have announced publicly that they expect to invest close to $450 million this year. When this is actualized, BetMGM and Entain will have invested a total of $1.1 billion in the brand since it launched operations in 2018.