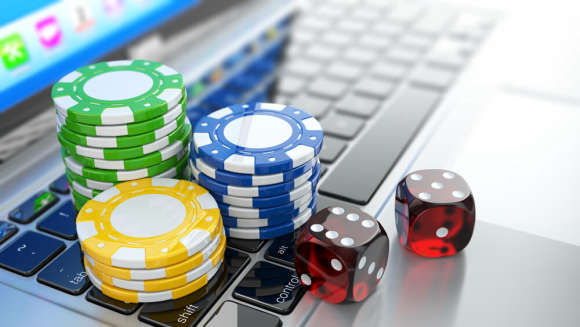 BetMGM Poker PA and Borgata Poker PA will launch at the same time (9:00 am local time) for a testing period scheduled to last 2 days. Once the soft launch occurs both poker sites will remain live and uninterrupted for 24 hours during the 2 days.

The soft launch period will be used to verify that all components of the websites, including geolocation services, payment processing systems, as well as the responsible gambling measures that have been established, are operating as they should

PartyPoker is a recognizable name in the world’s poker circuit. PartyPoker is operated by its parent company which was formed from a joint partnership between MGM and Entain. All online operations across the country for both Borgata and BetMGM are managed under the BetMGM umbrella.

What can poker players in Pennsylvania expect from BetMGM Poker PA and Borgata Poker Pa?

If the soft launch is a success, what will follow is the official launch of the 2 poker websites. Since these 2 sites are managed by the same parent company, both online poker sites will share the same player pool. Whenever players need to play for cash or take part in tournament games, they can use either provider without any problems.

In Delaware alternatively, the state’s 3 racing casinos namely Harrington, Delaware Park, as well as Dover Downs, all share an intrastate online poker network whereby 888Poker supplies the gaming software. What’s so unique about Delaware is that it is the only state that also shares player liquidity in the Garden State with the All American Poker Network. This effectively makes Delaware the only state to have an interstate online poker network.

Online gaming in the state continues to demonstrate its capacity for growth. In March 2021, the state crossed $100 million in monthly revenue for the first time as per the figures shared by the Pennsylvania Gaming Control Board. Combined, online casinos including online slots and table games in PA  generated an impressive $97.7 million beating the previous month’s revenue of $77.8 million by 26%.

During the first 3 months of 2021, PA gaming revenue surpassed $1 billion for the first time in a single quarter. As it stands, Michigan and Pennsylvania are neck and neck in terms of revenue. However, none of them are quite ready to beat the giant that has become the New Jersey online gaming market.

Currently, New Jersey is the largest iGaming market for regulated online gambling in the country. Punters in the Garden State enjoy more than 12 legal and licensed online casino sites and poker rooms, with more expected to join the booming market before the end of this year. Ever since the Supreme Court legalized online gaming in the country, New Jersey has continued to set the tone and standard for other states to follow.

The good news is that the once dormant poker market is now growing and Pennsylvania is quickly becoming the fastest-growing market after New Jersey. All casino gaming which consists of slots, casino table games like roulette and blackjack, poker, sports and horse race betting, as well as fantasy betting is under the control of the Pennsylvania Gaming Control Board. Lotteries, on the other hand, are controlled by the Pennsylvania Lottery.

In addition to BetMGM Poker PA and Borgata Poker PA, punters in the state can also choose other online sites which consist of PartyPoker, Unibet, FoxBet, BetRivers, and PokerStars. Rivers Casino which houses BetRivers has maintained a dominant position at the top since iGaming came to the Keystone State.

Valley Forge, which is home to FanDuel, as well as Penn National which has both BetMGM and DraftKings operating on its certificate are some of the other big contenders in the PA market. Parx and Mohegan Sun which both host Unibet is another great option for poker lovers in the state.

The next big competitor to join this burgeoning market is expected to be WSOP. The company has been revamping its 888-powered platform and expects to join the competitive PA poker market in the next few weeks or months.

It’s no secret that live poker rooms aren’t as frequented and packed to capacity as they used to be pre-pandemic. However, online poker has stepped up to fill the void and it continues to expand all through the country. Until very recently, PokerStars has enjoyed a market monopoly in Pennsylvania.

As such, it will be interesting to see how the 2 new additions affect PokerStars’ bottom line. PokerStars first launched in the state in 2019 and has enjoyed a market monopoly for more than 15 months.  How much of an advantage this gives PokerStars remains to be seen.  That said, PokerStars has had a great start and will likely keep this domination going in the next coming months.