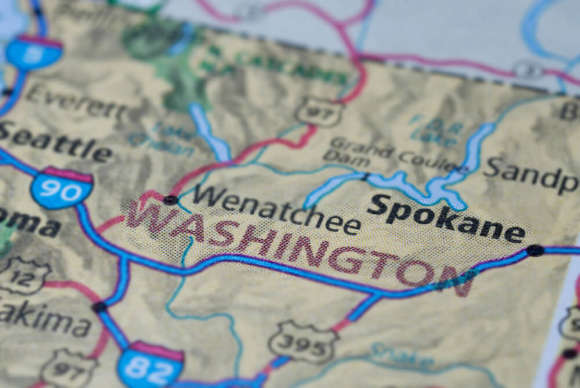 BetMGM has announced an exclusive market access partnership with the Puyallup Tribe of Indians to operate retail sports betting at the Emerald Queen Casino (EQC) in Washington state.

For BetMGM the partnership with Emerald Queen Casino represents a “key moment in the expansion” of the sports betting and digital gaming entertainment company, as it extends its western footprint.

BetMGM CEO Adam Greenblatt said: "The Puyallup Tribe and Emerald Queen Casino are ideal partners for us as they represent the same high-level of service, amenities and experiences that is built into our DNA at BetMGM."

Plans for the two properties

While BetMGM and EQC are waiting for regulatory approval, the sports betting and iGaming operator has already outlined its plans for the two properties.

The BetMGM @ EQC Sportsbook in Tacoma will feature state-of-the-art sports betting and viewing technology. Guests will be able to place bets at any of six ticket windows and 30 kiosks. The sports viewing area will include a dozen 86 inch high-definition TVs and a 500+ square foot LED Wall. EQC Fife will offer sports betting at 22 betting kiosks.

Frank Wright Jr., General Manager of Emerald Queen, said: "We are very excited to be working with BetMGM to bring legal sports betting to sports fans in the Pacific Northwest. As industry leaders, EQC and BetMGM are two entertainment powerhouses, and combined we will deliver the ultimate fan experience in sports betting."

Emerald Queen Casino was inaugurated 25 years ago as a riverboat on the Port of Tacoma Waterway. After 24 years and three extensive expansions later, the Puyallup Tribe of Indians has developed the Emerald Queen Casino into two sprawling casinos and hotels in the City of Fife and Tacoma. EQC Fife has more than 2,300 slots, 103 hotel rooms, and a 25,000 square foot multi-purpose conference center. Just three miles south from Fife is EQC Tacoma, boasting a contemporary and luxurious gaming floor with over 2,100 slots, more than 60 table games, 155 hotel rooms and suites, six dining venues, and a 1,800-seat event center.

BetMGM has been on an expansion drive of late. In September, BetMGM secured a market entry in South Dakota, signing up with Hospitality’s Tin Lizzie Gaming Resort and Cadillac Jack’s Gaming Resorts.

BetMGM has stolen a march on its competition in setting up in Washington, as a number of companies are eyeing a stake in the state.

The Gambling News outfit reported that rival companies have also been keen on expanding their footprint in Washington. FanDuel struck a partnership with Suquamish Clearwater Casino and owner Port Madison Enterprises to launch a dedicated sportsbook in Washington State. This comes in the wake of formal approval for tribal casinos to pursue betting partnerships in early September.