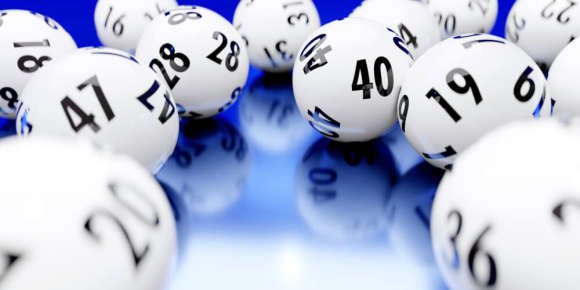 Poker players on the BetMGM MI platform now have the option to play SPINS, a popular lottery sit-and-go game. BetMGM previously rolled out the sit and go game to its customers in Pennsylvania early this year to a receptive customer base so it expected similar results for its customers in Michigan.

The SPINS to be offered on BetMGM is quite similar to the SPINS offered through BetMGM’s rival site PartPoker.com. Competitor PokerStars also has similar Spin and Go games available to punters in all its markets. WSOP, on the other hand, which operates on 888Poker’s software also boasts a similar format known as BLAST.

SPINS is quite different from any other game available on BetMGM MI as the prize pool is determined at random before any tournament begins. SPINS is also a 3 handed game where the winner takes all. SPINS in BetMGM MI will give players 4 varied buy-in options ranging between $1 and $25 with the prize pool beginning from $1000, rising to $25,000.

A lot has certainly changed in online poker since the pandemic broke out. However, WSOP is still yet to launch its services in the state. WSOP debuted earlier this year in Pennsylvania with plans to launch in Michigan much later on thus becoming the 3rd online poker operator in Michigan. WSOP MI was expected to debut this summer but this has yet to take place.

At present, only PokerStars and BetMGM offer online poker in the state. The state is still yet to compact its market with other states, thus paving the way for interstate online poker. The idea of interstate online poker was approved by lawmakers, as well as the governor during its legislative clean-up in 2020. Currently, the only other states that are part of the multi-state agreement are Delaware, Nevada, as well as New Jersey.

If the state permits interstate poker, the Michigan Gaming Control Board will allow poker players in the state to play poker across other states. This means that if approved, poker players in Michigan will have more access to online poker than they have ever had before, which should certainly help the new market to progress and expand.

In August and September, the sports handle in the state managed to bounce back after a few slow months in July. The state debuted its online sports betting market at the start of 2021 and effectively became the 3rd most populated state behind Illinois and Pennsylvania to offer its residents legal sports betting.

This September, Michigan’s total sports betting handle reached $ 383.7 million beating the previous record that had been set in March at $383.7 million. Now, thanks to the head-to-head match between the Wolverines and Spartans, the state experienced one of its best sports betting months since the market was legalized and went live last year. Since its debut, Michigan has grown to become the massive online sports betting market that it was always anticipated to be.

As a result of this matchup between the Spartans and Wolverines, experts have predicted that the state will easily generate $5oo million in sports wagers in October, which is going to be a new record for the Great Lakes State. Unfortunately, it will not be made clear just how much the Wolverine VS Spartans game will generate as the Michigan Gaming Control Board typically does not report the numbers from each game or sport.

The only way to know just how much the game generates is if individual operators in the state release their amounts. So far, DraftKings is the sportsbook to bear after taking the top position for the first time in August. DraftKings managed to generate $106.9 million in online wagers, which was 30.2% of the market share. This was the first time any operator in the market’s history managed to generate 9 figures in a single month.

But it’s not just sports betting that experienced significant growth. Online casinos also experienced success in September, managing to generate a total of $ 102.4 million, which was the state’s highest monthly haul since the first online wager was placed in January this year. September’s gross gaming revenue from online casinos exceeded the iGaming revenue generated in August by more than 5%.

As a result, licensed operators in the state managed to pay the state more than $18.9 million in taxes and fees. This is in addition to the revenue that was generated by licensed sportsbooks in the state amounting to 23.7 million dollars. Even though it has only been operational for a short time, the commercial gaming industry in the state has grown to become one of the largest and most successful in the country.

Brick and mortar casinos in the state are also thriving. The state’s 3 land-based commercial casinos managed to generate $110.4 million. Of the $110.4 million generated, table games and slots produced $106.9 million while retail sports betting managed to produce $ 3.5 million. Of the 3 brick and mortar casinos in Detroit, MGM Grand Detroit maintained its position at the top of the revenue table ahead of MotorCity and Greentown casinos.

The 3 casinos in the state each partnered up with iGaming and online sportsbooks operators to fuel their online businesses. Case in point, MGM Grand partnered up with MGM Resorts’ BetMGM, Motorcity with FanDuel, while Greektown makes use of Penn National’s Barstool sportsbook. Despite an extremely challenging 2020, casino operators in Detroit have managed to stay afloat even after being forced to endure some of the longest closers and restrictions from the ongoing pandemic.

Now that BetMGM has availed its SPINS game to customers in Michigan, it has plans to launch the LSNG game to punters across all its markets including New Jersey. This new product will allow the brand to dominate the market even further.