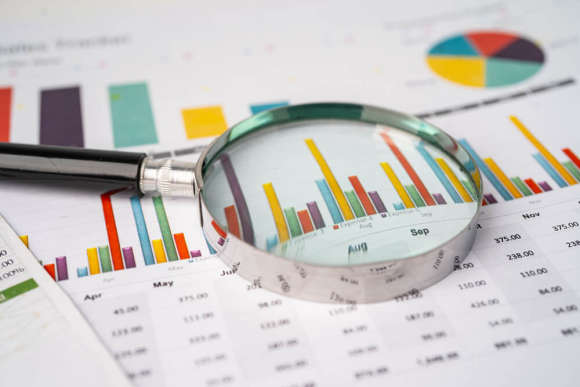 Bally’s shares have been performing well ever since the company shared its plans to acquire online gaming operator Gamesys. Bally’s filed an 8-K filing with the Securities and Exchange Commission (SEC), which sent shares of Gamesys rising more than 14%. Bally’s has not been shy about its plan to become the 1st vertically integrated internet casino and sports betting operator in the country.

This partnership will benefit both Gamesys and Bally’s. Bally’s is one of the fastest-growing casino operators in the country, specializing in both land-based, as well as iGaming. Gamesys, on the other hand, has one of the best technology platforms available and is highly regarded for its management expertise across the iGaming community.

Combined, the 2 companies will be more than well-positioned to stand out in the budding iGaming and sports wagering market. If the group so chooses, it may also pursue other opportunities in Canada, which is currently in the process of legalizing its iGaming market. Bally’s has been on a wave of mergers and acquisitions in the past few years.

Its push to acquire Gamesys will give Bally’s the power it needs to gradually dominate the world of online gambling. As part of the Jackpotjoy brand, Gamesys offers some of the widest arrays of iGaming and online bingo games.  The iGaming market in the country is one of the fastest-growing and is estimated to be worth an impressive $14 billion by 2033.

If Bally’s is intent on acquiring Gamesys, it is required under UK law to formalize its plans to acquire Gamesys by April 21, 2021. Just recently, Bally’s also expressed its interest to take over Allied Esports Entertainment, which specialized in esports. However, it doesn’t appear as though Bally’s will take this offer as it is well below the business’s market capitalization.

Since late last year, Ballys’ has announced 3 purchases bolstering its sports betting technology stack as well as its exposure in the Daily Fantasy Sports market. Bally’s has made a play for sports technology provider Bet. Works is valued at $125 million while it most recently finalized its deal to purchase DFS company Monkey Knife Fight.

Bally’s also most recently acquired SportCaller, which is a free-to-play game provider for various sports betting and media companies across the country. SportCaller will help to complement Bally’s most recent acquisition of both Bet. Works and Monkey Knife Fight, as well as its collaboration with Sinclair Broadcast Group. With Bet. Works proprietary technology, it is expected that Bally’s will launch a series of F2P games before the year is out.

Even though Bally’s appear to be fully focused on entering and standing out in the DFS and esports market. It hasn’t abandoned its plans to dominate the sports betting world. Not so long ago, Bally’s signed a partnership with the NBA but the financial terms of the deal are yet to be disclosed.

The company further expanded its footprint into the booming Virginia market when it was given a temporary sports betting permit. This temporary permit will allow Bally’s to offer its sports betting platform to punters in the commonwealth of Virginia, which will further propel the company towards its goal of becoming the leader of the sports betting market in the country.

So far, Bally’s is available in 13 states. The commonwealth of Virginia decriminalized sports wagering last year in July becoming the 21st state to welcome sports betting. Boasting a population of about 8 million people, Virginia presents Bally’s with a great opportunity to expand its sports betting empire further than it already had.

Experts predict that Virginia could be generating as much as 412 million in handle yearly. It also helps that Virginia is closely situated to some of the biggest sports franchises and a devoted sports fan base that is willing to wager on their favorite teams.

It is Bally’s continued fight to make a name for itself in the saturated gaming market in the country that will transform the entity into the heavyweight it is looking to be. Just a year ago, Bally’s was but a small player in the huge US gaming market. But thanks to a long series of acquisitions and partnerships, Bally’s has changed its standing in the US gaming community.

Online gaming has seen a boom during the pandemic and has the potential to expand further into the country. This has created plenty of opportunities for gambling brands to expand their operations into the digital sphere and Bally’s is not one to be left behind. Other companies are also doing everything that they can to join the iGaming market.

For instance, Vegas-based giant Caesars Entertainment just completed its purchase of UK-based William Hill, which owns several sports wagering and iGaming brands. MGM Resorts, on the other hand, tried but failed to successfully acquire Entain at the start of the year.

Bally’s may have started small, but it is doing everything it can to become the giant it has always wanted to be. This finalized purchase of Gamesys will allow the brand to keep pursuing its goal of market domination after recently concluding its deals with Monkey Knife Fight and SportCaller.