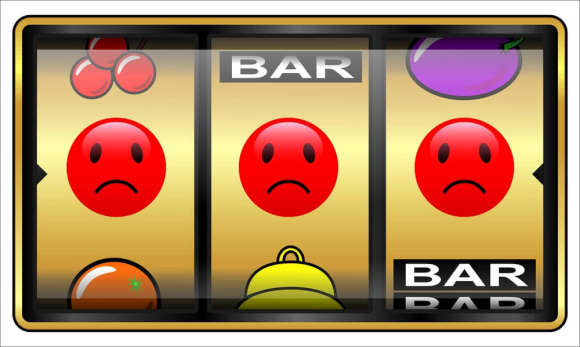 Australia’s largest casino operators have announced they will shut down half their gaming machines to reduce the spread of COVID-19.

The two companies are currently licensed to operate more than 4,000 machines between them.

Crown said it planned to allow no more than 450 people in any conference or restaurant space at one time, which it then reduced to 100, while Star set a limit of 500.

Crown said its new policy on slot machines to prevent the spread of the coronavirus was approved by the chief health officer of Victoria State, while Star said its plan was in line with Federal Government policy.

Star Entertainment Group then proceeded to announce it would close its three casinos in Sydney, Brisbane, and the Gold Coast for four hours each morning for “deep cleaning.”

President of the Australasian College for Infection Prevention and Control Philip Russo said, “Really this is a minimum. It will likely slow down spread, but more stringent social distancing would have a greater effect.”

Gamblers may now consider switching to online slots to gamble safely in their own homes.

There are over 400,000 current active cases of the coronavirus across the world. Australia has 2,044 active cases as of Tuesday morning, with 119 recoveries and 8 deaths. The USA has almost 50,000 active cases, the third-highest in the world, with 600 deaths.

It seems that while the rest of the world’s hospitality industry shuts down to stop the spread of the highly contagious virus, the Australian casino industry is fighting to remain open.

Casinos in Melbourne and Perth operated by Crown currently hold exemptions from each state’s health authorities to continue operations, despite calls from public health specialists and the Victorian opposition to close them down.

Victorian Nationals leader and state opposition gambling spokeswoman Steph Ryan told The Guardian, “Even Nevada, USA, a state which is home to the casino capital of the world, has made the decision to shut down its casinos.”

“Daniel Andrews must tell us why Crown Casino does not need to comply with the advice provided to all other venues which have been instructed to limit patronage to less than 100.”

Crown currently employs 18,500 people, meaning closure would have a huge impact on employment at a time when many are already facing being laid off due to the pandemic.

Meanwhile, the US has restricted gatherings of more than 10 people and issued certain non-mandatory guidelines over closures and lockdowns.

Bars, restaurants, and cinemas were closed in NYC on March 16 as statistics showed the state on track to become riven with the virus. Governor Andrew Cuomo of New York state has implemented stringent restrictions on public movement.

Meanwhile, California Governor Gavin Newsom ordered all 40 million citizens to stay home on March 19, telling them to go outside only for essential jobs, errands, and exercise.

In Nevada, some 94% of commercial casinos were closed last Wednesday afternoon, with 37% of tribal venues shutting their doors. This leaves over 530,000 employees out of work - a huge 96% of the total US casino workforce.

The American Gaming Agency predicts that if casino closures in the country last eight weeks, it could cost the US economy as much as $21.3 billion in direct consumer spending.

In a statement, AGA’s senior vice president of strategic communications said: “The American Gaming Association, in partnership with our colleagues across the hospitality sector, is engaged with Congressional and administration leadership to shape stimulus and aid packages that will support employees, their families, and our communities through this unprecedented crisis.”