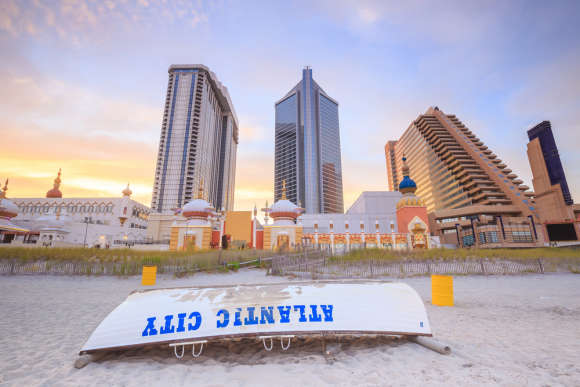 As if Atlantic City didn’t already have enough issues to contend with, the coronavirus pandemic has brought a fresh round of problems--and probably even bigger than ever seen before.

The East Coast’s only gambling mecca is facing trouble yet again, just years after a torrent of casino closures.

Following Gov. Chris Christie’s 2016 move toward a state takeover, two of the five previously shuttered casinos had managed to reopen, revenues finally seeing increases for the first time since February of 2011.

The new era for Atlantic City, however, came crashing down in record time when the coronavirus outbreak arrived. Governor Phil Murphy closed all casinos and canceled all major events in the state as early as March, and this was only the first move in a devastating series of closures leading to an almost complete shutdown of the city’s economy.

This renders the outlook extremely bleak; while larger gambling destinations such as Las Vegas and Macau are likely to get back on their feet pretty quickly, sadly, the same can’t be guaranteed for Atlantic City.

President of the City Council George Tibbitt went as far as to say there was ‘potential of an Armageddon’.

While South Jersey hasn’t been hit as hard by the virus as the North, Atlantic City’s already dark position looks likely to cause problems long after the virus subsides.

The move to expand Stockton’s campus in the city, a move which could have lessened its reliance on the gambling industry, has now been put on hold; alongside this, the construction of an aviation technology park at the nearby airport has ground to a juddering halt.

Recent figures for the city’s Ocean Resort Casino, too, are deeply depressing; these threaten complete closure, begging answers to just how profitable gambling in New Jersey really is.

The reality is that just under 30% of employees in Atlantic City depend on hospitality and leisure for their incomes, and these people--some 27,000--now find themselves out of work in an area with a 38% poverty rate already.

Now, casinos have stood in darkness and temporarily shuttered for almost seven weeks, with online casinos proving to be a further potential threat.

Jeff Payne, lounge server at Caesar’s Atlantic City Hotel & Casino explained to Politico, ‘nobody envisioned’ the lockdown bringing the city to its current situation when it was first announced.

“I expect probably half the staff are probably going to be employed.”

It is further rumored many staff will not be re-employed for months after lockdown restrictions are eased, as the summer high season--where higher staffing numbers are needed--has been unexpectedly cut short. Tropicana had already laid off 2,704 employees back in April, according to NJ.com.

Then, properties are expected to come back on stream only gradually when they do re-open; they will do just enough to meet demand. Sticking to social distancing guidelines is likely, such as limiting the number of table games players; these kinds of measures are likely to remain in place way beyond lockdown, severely impacting the number of employees each establishment will need.

For now, it appears Atlantic City’s finances remain largely unpredictable, relying on payments from casino operators and some $50 million a year in state aid, together amounting to around $150 million annually. However, the City Council President has already expressed concerns this provision may drop to as low as $90 million due to post-pandemic state budget problems.

“We could lay every employee off and not make up for it,” he said. “I could lay off every cop, fireman, 911 operator, public worker, and still not reach that $60 million [cut].”

However, even in the face of all this, May 12 will still see voters being asked whether they’d like to see Atlantic City’s present form of government terminated.

It’s thought Lesniak pursued this change after hearing how the owner of Resorts Casino Hotel lacked enough faith in the current government to build a new entertainment complex.

The vote, which will take place via postal ballot next week, could prove to be the make or break of Atlantic City’s gambling haven. Whatever the outcome of this, here’s hoping there’s some good news for Atlantic City on the horizon soon.