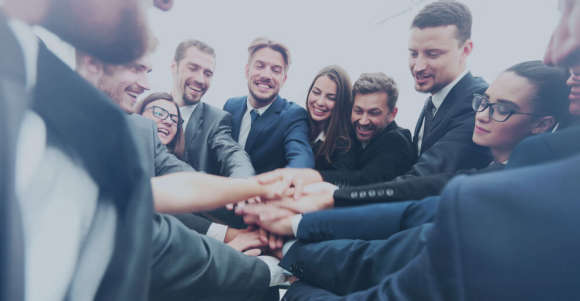 The global casino industry is growing at a pace that can only be termed as frenetic. With growth opportunities presenting in Africa, Latin America, Asia and North America, it is no wonder that the revenues are skyrocketing with ever cycle. To make it through the pressure of running a betting outfit, many brands are seeking partnerships with like-minded operators.

The latest deal to be struck in the casino ecosystem involves Sportingtech and Pariplay. The two companies are in this arrangement for mutual gain with Pariplay’s FUSION suite featuring on Sportingtech’s QUANTUM platform. Following the signing of this deal, Sportingtech will have unlimited access to the exceptional portfolio owned by Pariplay. More than 70 industry suppliers have been represented on this database and the exclusive releases will keep coming.

What business is Pariplay involved in?

Property of Aspire Global, Pariplay is a successful casino software development brand as well as a content aggregator. In their gaming studio, the developer is known to create titles that end up on the popular player lists. Games such as Dragons of the North and Wolf Riches are some of the products that the developer churns out from its recently rebranded studio, Wizard.Games. As a casino games aggregator, Pariplay has established ties to major developers such as Evolution Gaming, Quickspin,and Microgaming so as to access more than 2000 titles.

With such an extensive games list, Pariplay is able to offer a diverse catalogue of games for their customers on the Fusion platform. This is in fact a popular choice considering the enticing range of products and services offered.

Based in Sweden, Pariplay has functional offices in Malta, Bulgaria, Israel, and India which are licensed by gambling authorities from New Jersey, the UK, Romania, Gibraltar and Malta. The New Jersey license played a major role in shaping Aspire Global’s decision to acquire Pariplay in 2019. By opening up the huge American markets, the license awarded by NJ gambling officials significantly strengthened Aspire Global’s B2B segment.

In the same way that Pariplay partners with other businesses to offer value to their customers, Sportingtech also aligns with B2B segment. The company offers multiple software platforms each of which has been designed for a specific purpose like sportsbooks, lotteries, poker sites, online casinos etc.

On one hand of this new agreement is Aspire that is focused on serving online casinos and on the other is Sportingtech that has a much wider focus. The company also has a presence in various gambling markets around the world including Africa and Latin America.

Similar to Aspire, Sportingtech was also launched around 2009; the first few years were spent building a reputation specifically by offering no-deposit bonuses.  In 2018, the brand penetrated the Brazilian landscape because it showed an immense potential for casinos and online sports betting.

In 2021, Quantum by Sportingtech was launched – it is a fully revamped online betting platform that caters to assorted sports betting/ casino scenarios. In the one year that the platform has been in operation, it has managed to rake in impressive profits for its investors.

With more than 9000 casino slots and games titles on offer on Quantum, players have access to the creations of top software developers in the industry. More than 4 million bets are wagered every day from sportsbooks and casinos that use this software. From those transactions, over $3 billion is realized as monthly income.

Reason for the deal

The two companies that are party to this deal have roots in the European Union. With authorization to run gambling related activities granted by Malta, they definitely share quite a lot in way of strategy and implementation. The only way that two companies that are aligned strategically can gain mutually from one another is by way of forging ahead together.

While the nature of their operations appears to be somewhat similar, Sportingtech and Pariplay are not business rivals. Sportingtech’s product, Quantum, adopts a horizontal spread that makes it flexible enough to serve sports betting markets and casinos equally while Fusion adopts a vertical focus that is geared at integrating casino backend services.

Getting these two programs to work together definitely improves what each of them offers. Quantum gets to improve its database of more than 2000 and Sportingtech can boast of more titles, backend services and providers on its platform. For Pariplay the main gain is in accessing new markets through exposure. Since they are not yet licensed to operate in Africa and Latin America, they will be benefiting directly from regulatory approval status of Sportingtech to run operations in major betting markets such as Brazil.

With Fusin added onto their platform, Pariplay now has the power to get through the main Latin American markets; this could soon be replicated in Africa as more countries on the continent embrace regulated gambling.

Compared to continents such as the Americas and Asia, Latin America and Africa are considered the sleeping giants of online casino betting. Any form of gambling thrives within a highly populated market that has knowledge of sports and betting. This is the picture that gambling investors are now starting to see when they look in the direction of Latin America and Africa. In Latin American for instance, Nicaragua, Bolivia, and Colombia are the only countries with fully regulated online betting industries. In Argentina, gambling matters are handled by respective state governments.  With the highest population density in the world, Brazil is an attractive market for gambling investors.

In Africa, vibrant economies such as Tanzania, Kenya, Nigeria and South Africa have the potential to become future iGaming hotspots. Unfortunately, the current scenario is that online gambling is not regulated or in worst cases prohibited. If economic analysis is anything to go by, the story could change in a few years ad governments turn to gambling tax income to cushion against budget deficits.

The United States is a young gambling market given that it only legalized the industry in 2018. A few years later and more than 20 states have formulated laws to weave in the sector into their economies. Most of the veteran gambling brands that took up this business from the start continue to enjoy immense profits as well as support from local authorities.