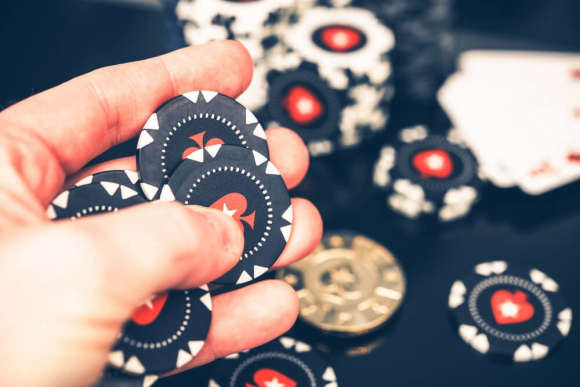 It’s official! Americans have gambled more money than they ever have before! According to the American Gaming Association, casinos and gaming mobile apps in the US have rung up more than $215 million. Although gambling has been part of the US’s culture as far back as the Civil War, the industry has only started reaching its fullest potential over the last few years.

This $215 million mentioned above consists of all forms of betting including lotteries, online poker, slots, and of course, sports betting. While the country’s gambling market is on pace to set a yearly revenue record, inflation and labour challenges continue to be marketplace concerns.  The good news is that the gambling market has proven its agility and resilience over the last 2 years and is now well-positioned to face any possible headwinds that may arise in the future.

The Strip is no longer the top dog

The Vegas Strip used to be the king of gambling in the US. However, as more and more states have continued to legalize their markets, casinos in Nevada are no longer the primary option for gamblers. Despite the increased competition, Nevada is still one of the highest revenue generators.

Case in point, the state exceeded $1.2 billion in gaming revenue for August, which was an increase of 18% compared to the same period last year. August’s results marked the 18th time that the state had managed to generate revenue exceeding $1 billion. The Strip was responsible for 55% of this revenue, which amounted to approximately $659.7 million.

Part of the reason that the Strip has continued to generate a steady revenue stream, even after suffering the devastating effects of the pandemic, is due to the continued interest from arriving visitors. Thousands of tourists are still drawn to Vegas not only by the numerous entertainment options but by the many gambling opportunities available to choose from.

Based on reports from the American Gambling Association, the commercial gaming revenue in Q3 2022 reached $15.17 billion. Through the first 9 months of this year, 2022 is on pace to break records and surpass 2021 as the highest-grossing commercial gaming income year. Land-based slots and table games remain the foundation on which the industry has continued to grow.

Both table games and retail slots saw quarterly revenue all-time highs in Q3. Out of the 33 states that offer commercial gaming, 5 of the largest markets to record highs include Pennsylvania, New York, Indiana, Michigan, and Pennsylvania.

Meanwhile, the 6 operational iGaming markets in New Jersey, Delaware, Pennsylvania, Michigan, Connecticut, and West Virginia generated $1.21 billion in Q3, just narrowly beating the vertical’s last record, which had been set at the start of the year.

While in-person gambling has definitely improved since the pandemic forced casinos to shut for months on end, mobile sports betting still garners most of the world’s attention. Not too long ago in September, the country’s sports betting handle finally topped $200 billion.

When sports betting was legalized in 2018, only Delaware, New Jersey and Nevada were legally allowed to take action. But things have changed since then. Today, a person can place sports bets in more than two-thirds of the states.

One of the most recent states to legalize sports betting was Kansas, which went live just in time for the new football season. After a long legislative process, sports betting was finally legalized in Kansas when Governor Laura Kelly signed the bill into law in May 2022. Betting was not officially permitted until September 1st. There are numerous components that have led to attaining $200 billion worth of handle. By far, mobile betting appears to be the largest factor.

Almost all of the largest states in the country offer mobile sports betting including New York, New Jersey, Illinois, as well as Pennsylvania. New York, which only legalized its online sports betting market at the beginning of the year has already accepted more than $10 billion in sports bets in just 8 months of being in business.

The Empire state’s retail sportsbooks have played a huge role in growing the new market. However, it is the 9 mobile operators that have enabled New York to beat more established markets such as neighboring New Jersey to become the new gambling mecca of America. The city that never sleeps now boasts 9 sportsbooks that remain open throughout and can be accessed by the simple touch of a button.

This year ushered in a brand-new era of success for the Empire State, which quickly consistently dominated the top revenue position in its first 6 months of mobile betting action. New Jersey may no longer be the top dog.

However, it is still one of the biggest revenue generators in the country, which is why the market has remained so competitive for so long. States in the Midwest with legal sports betting, namely Iowa, Indiana, and Illinois have also been showing their might. The Illinois betting market is itself a big contender as it boasts the 3rd largest city in the country (Chicago).

As you may already know, Chicago has some of the most loyal fan bases for sports teams as almost every major professional league is represented in the city. The land of Lincoln has also been growing by leaps and bounds since in-person registration was suspended earlier this year. Iowa remains the only state that doesn’t have a professional team to produce the biggest handle since remote registrations were allowed in 2021.

This optimism is deeply rooted in the gambling industry’s resilience after surviving the devastating pandemic period, as well as its continued performance. As the industry continues to expand into even more states, the casino business will only continue to mushroom into the massive economic powerhouse it was pre-ordained to be.