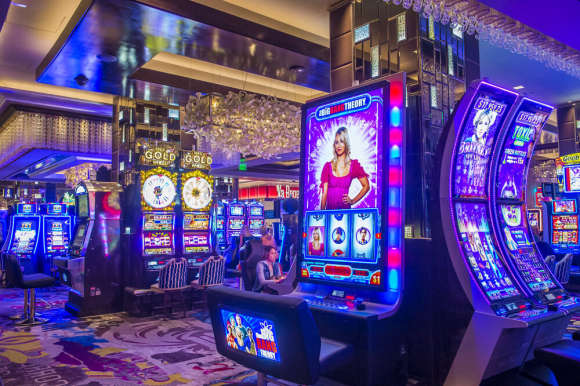 Las Vegas Jackpots have been on the rise

In the last couple of weeks, Las Vegas jackpots have seen a considerable rise, which would explain why the Strip and Fremont Streets are slowly seeing an uptick in visitors. It would appear that punters willing to test lady luck are experiencing an abundance of luck on various slot machines as they walk away with life-changing jackpots.

Apart from this Alaska visitor walking away with an impressive slot jackpot, another New Mexico visitor also hit a $10.5 million jackpot after wagering just $5. The Alaska visitor was playing the Megabucks progressive slot at the South Point Hotel Casino, which is situated just south of the Strip.

According to South Point, the winner of the 10.5 million jackpot explicitly requested that his identity be kept anonymous. The Megabucks progressive slots is operated by International Game Technology and was the first progressive jackpot to be set up in Vegas in 1986. And the winning streak that’s been happening in the last few weeks doesn’t end there.

A man that could only be identified as Roger L. playing Wheel of Fortune at the Venetian also walked away with $2.9 million. Just before the end of 2020, a lucky slot player also walked away with $15.5 million while playing Megabucks. The slots player had wagered $40 at the Suncoast Hotel and Casino before hitting what is believed to be the state’s biggest jackpot win in almost 8 years. The player’s Megabucks spin was only valued at $3.

It’s not just punters in casinos that are experiencing luck. A Texas woman bagged $302,000 on a Wheel of Fortune slot situated at the McCarran International Airport. Slots found at airports and train stations have been a long standing tradition for travelers looking to pass the time as they wait for their flights. In 2020, a traveler from California also walked away with $873,000 on a Wheel of Fortune slot at the same airport.

This recent string of Jackpots may be life altering for the participants, but the benefits will trickle down to the Vegas gambling market itself, which has been through one of the roughest patches in history as a result of the pandemic. These recent series of wins are vital to show people who’ve been staying away from the Vegas scene that the city is indeed getting back on its feet.

Nevada casinos have been on a losing streak ever since health guidelines were put in place at the start of the pandemic. Based on figures shared by the Nevada Gaming Control Board, casinos in the Silver State realized a 26.58% decline in gambling revenue year over year. The beginning of 2021 looked a lot like the early months of the pandemic with casinos struggling to make ends meet.

The hardest hit casinos were those from Southern Nevada, specifically those situated on the Vegas Strip. Retail casinos on the Strip saw a decline of more than 43%; the highest drop off rate in the country.

The safety restrictions and guidelines coupled with stagnant tourism were some of the biggest reasons casinos in the Strip performed so poorly even though most were operating at reduced capacity. But things are getting better.

For the first time since the pandemic began, casinos in the state made more than 1 billion from wagers placed in March 2021. The states casinos combined generated a total win of $1.066 billion, which is a massive boost from the amount generated during the same period in March 2020 when the pandemic was at its height. This increase was recorded by casinos despite still operating at reduced capacity. Now that casinos are being allowed to increase their operational capacity, the numbers should keep improving moving forward.

The Strip is slowly making its comeback

Slowly but surely, the Strip is seeing more and more crowds arriving on weekends. But resort business has been picking up as well. So much so that the city has even embarked on a marketing initiative titled Vegas You that has been created to remind visitors that the city is open and ready to welcome them.

Nevada is so confident in its comeback that 2 Wynn Resort casinos on the Strip became the first to welcome visitors back at full capacity. The Nevada Gaming Control Board recently gave Wynn and Encore Las Vegas the go-ahead they need to operate at 100% capacity on its gaming floors. The Nevada Governor Steve Sisolak believes that all Silver State casinos could be fully operational by June 1st.

Because the hotel will be operating at full capacity, all social distancing measures and requirements are expected to be removed. However, both the guests and staff will still be required to have masks and face coverings on. There has been a pent up demand for the tourist industry in Vegas and the continued rollout of vaccines should help to boost travel even further.

Thanks to eased restrictions, the Strip and Nevada, in general, should see an uptick in visitors sooner rather than later. Insiders say that resorts on the Strip have been filling up rapidly over the last couple of weeks, which is truly a sign of good things to come. Occupancy rates among the Strip resorts are expected to jump by as much as 84% with weekends being the busiest periods for casinos and their resorts.