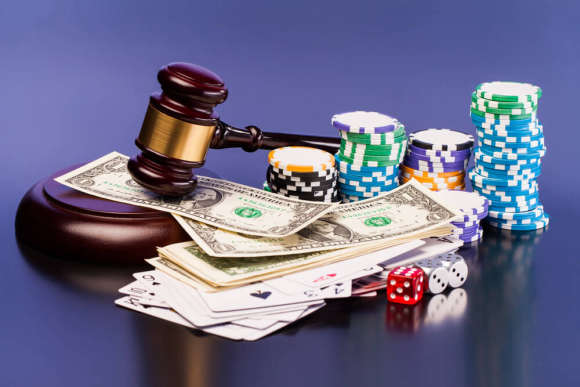 Alaska’s governor has floated the idea of legalized gambling in his State of the State address to the Legislature.

Gov. Mike Dunleavy has proposed that the state allow not only pull-tabs and bingo in its new laws, but also video lottery, sports betting, and scratch-offs.

Senate Bill 188, alongside House Bill 246, has set out plans to form the Alaska Lottery Corporation which would organize, operate, and regulate a state lottery.

The corporation would be led by a seven-member board comprised of five public members, the state’s Commissioner of Revenue, and one Commissioner selected by the governor.

The new law would also make room for instant win games, keno, and sports betting at land-based resorts as well as online platforms.

The state’s gambling laws are now some of the strictest in the US.  The few games currently allowed are bingo (legalized in 1960), pull tabs (1984), and charitable gaming (1993). It is one of only five states in the country that does not have a form of state lottery - states such as Pennsylvania are currently way ahead with a wide selection of legalized online and in resort gambling.

In a statement, the Governor said: “Aside from creating a pathway that could lead to business opportunities, the purpose of the bill is to generate new revenues for the state.

“In an era of declining state revenues, it is imperative for Alaska to consider new ways of funding government services that satisfy the public health and welfare needs of our citizens.”

There hasn’t been any rush to change the rules for years. Several statewide votes on the matter have failed, the most recent being in 2008.

One of the reasons for past rejections, however, is the state’s huge oil revenue and the belief that the state didn’t need any more money - something which has now changed.

Most of those who still don’t support gambling are said to be worried about gambling addictions, but it wouldn’t be far-fetched to say online slots and casinos, as well as illegal house games, are already rife throughout the state. Legalizing gambling could actually work to improve Alaska’s gambling problems.

Another potential downside is that not all funds generated from Alaska’s gambling scene would stay within the state and benefit residents- but how much money is its government really missing out on by still refusing to legalize gambling?

Most bingo halls and pull-tab parlors hold very little economic benefit.  Meanwhile, the state is receiving no part of the illegal gambling or online gaming currently taking place within its borders.

Legalizing gambling would not only create tax revenue, but would also introduce new jobs, infrastructure and, potentially, more tourism into the area.

If laws were passed to legalize all forms of gambling in Alaska, the state could see an influx of up to $100 million per year, which would help contribute to various state departments and projects.

If the plans to legalize continue at their current rate, lottery sales could begin within two years, and instant and draw games could be fully operational within three. It is thought video lottery terminal games will take longer to become established within Alaska.