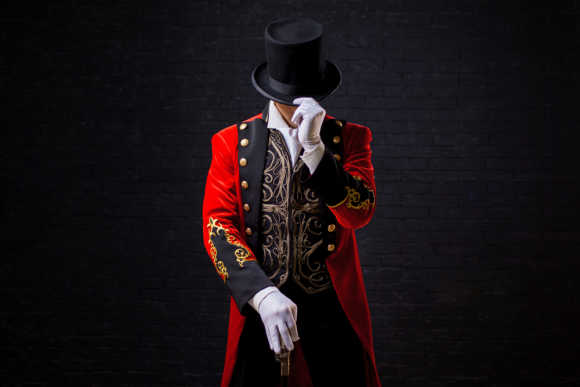 Blame it on televised poker. The whole idea of a ‘live’ poker tournament broadcast to cable audiences around the world was going to attract some pretty interesting players.

Sure, it may appear that the odd B-List actor is using the whole gig as a way to resurrect an otherwise not-very-active acting career but it isn’t really that at all.

Televised poker has exposed us to some really great poker players that happen to come from all different walks of life – including Hollywood.

But do any of these big (medium) name stars have the skills to win the Big One? Actually, a few of them have walked away with some rather tasty winnings. And no, we're not bluffing.

Here is a look at some of them you may know from that other thing they do – act.

There is no doubt that Ben Affleck is far more than just an actor.

He is also well known for his producing and screenwriting skills that have brought him a fair deal of hardware to sit on the mantle.

In addition to his Hollywood skills, he knows his way around a poker table (and probably even a video poker machine).

His first win was in 2004 in a $10,000 buy-in major no-limit hold ‘em tournament that was hosted at the California State Poker Championship.

Affleck also plays a fair deal of non-televised events most notably in several high-stakes underground games based out of Hollywood. As for reviews on his playing skills, they are largely mixed.

Bruel has quite the resume.

In addition to appearing in over 40 films, he is also a well-known French singer with a total of nine studio albums under his belt – with five of them climbing to the top of the French music charts.

Matt Damon appeared in one of the best poker films ever made in 1998, Rounders.

Apart from being a bankable, A-List star, he has played in a number of poker tournaments and finished well in the World Series of Poker in 2008 and 2010.

A well-known actress on the big screen, Shannon Elizabeth revealed in 2006 that poker was her second career and was visiting Las Vegas at least three times a year to be part of some of the tournaments hosted there.

In 2007 she finished third overall in the NBC National Heads-Up Poker Championship. She has not been as visible in recent years but has had at least one cash finish since 2010.

Probably best known for his stint in the 1970s in television’s ‘Welcome Back, Kotter,’ Kaplan has also appeared in a number of movies, and was even a stand-up comic for a period of time.

He has also become very well known for his poker skills dating back to 1980.

That was the year Kaplan took the top prize in the Amarillo Slim’s Super Bowl of Poker.

His winnings include ten money finishes in the World Series of Poker and three World Poker Tour payouts.

Kaplan has also become recognized as the voice of a number of different poker events and poker TV shows including High Stakes Poker.

There is no doubt that Maguire is a bankable commodity in Hollywood, but he has also hit the bank several times in poker tournaments.

He started playing professionally in 2004 and in 2011 he got sued for some of his underground Hollywood poker activity.

The lawsuit was for over $300,000 in winnings he had collected from the illegal games, which may sound like quite a bundle of cash to you, but apparently Maguire has done well in the underground invite-only world of poker with winnings in the neighborhood of over 10-million dollars.

In addition to an Academy Award nomination, Jennifer Tilly has appeared in many different film roles in recent years.

She has also lent her voice skills shine as part of the animated film and television worlds as well. But as a poker player, she has some additional skills worth noting.

She collected her first World Series of Poker gold bracelet in 2005 and has since established herself as a premier professional poker player.

Her resume backs that up with eleven money finishes in the World Series of Poker which has earned her the spot as one of the most successful actor/poker players ever.

Aside from appearing the classic film “Casino,” James Woods has a lengthy Hollywood resume which has earned him two Academy Award nominations, a Golden Globe and three Emmys.

It was back in 2006 when Woods revealed in an interview that he had a “passionate obsession with poker” but never said so much about his winnings – which could be a hint that he has amassed a fair amount of cash at the poker tables.

Woods has said that he considers Ben Affleck as his Hollywood archrival in the game of poker. There is no word from Affleck regarding whether or not Woods is accurate in his assessment.

In addition to the eight Hollywood actors listed above, there are countless numbers of them who have picked up the game of poker as a hobby.

That is usually where it starts, you know.

Play a few games here or there with a few friends or at an online casino and before you know it, you end up sitting next to a Hollywood star duking it out for some big earnings in a televised poker tournament.

At least now you’ll know which Hollywood stars to steer clear of if any were to show up seated next to you at your next poker tourney. You don’t have to be a movie star to find the best and latest online casino bonuses. Just visit OCG.