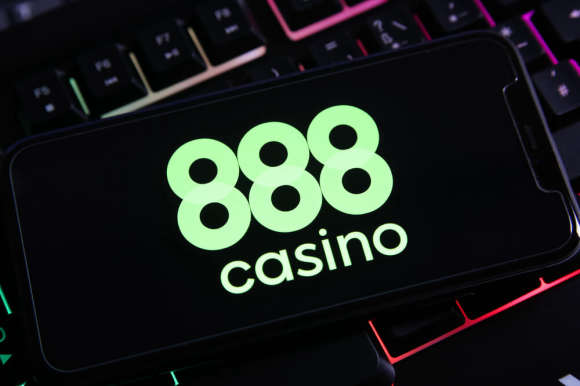 888 Prepares to Launch SI Sportsbook in More US States

888 Prepares to Launch SI Sportsbook in More US States

In June last year, Sports Illustrated and 888 announced that they had entered into an exclusive partnership. This partnership will see the 2 brands launch an online sports wagering and iGaming product in the country, including the Sports Illustrated sportsbook later this year. 888 and Sports illustrated have one primary goal- to create a sportsbook that will have punters in mind always.

Some of the features that sports betting fans should expect to find in the sports illustrated platform include one-of-a-kind features like MetaBet. The platform will also feature free-to-play games from Chalkline, as well as having great prizes on offer each week.

To ensure that the launch of Sports Illustrated takes off without any challenges, 888 Holdings recently appointed a new head of operations to oversee expansion in the US market. 888 appointed Howard Mittman as the new President of Operations in the US to be in charge of growth in the market.

Mittman’s responsibilities will be varied but will include working with Sports Illustrated’s parent company; Authentic Brands Group. The two companies will work for hand in hand to ensure that the Sports Illustrated Sportsbook is introduced in multiple states before the year ends. The sports Illustrated sportsbook first debuted its offering in Colorado but will also expand into Garden State, Iowa, as well as Indiana.

The Sports Illustrated sportsbook has been built on the BetBright platform. 888 acquired BetBright in 2019 for £15 million. As part of the acquisition, 888 took over BetBright’s sportsbook technology combined with associated risk management, product, as well as trading competencies.

The magazine was so influential that it contributed not just to sports, but television. Sports Illustrated was instrumental in helping sports move from a mere pleasant pastime and diversion to one of the biggest multi-billion businesses and industries in the world. The magazine’s influence could also be felt in the modeling industry, thanks to its yearly mid-winter swimsuit issue.

When it was released, Sports Illustrated served as a counterbalance to the persistent hype of live TV. The magazine offered a new way for both men and women to consume the sports that they loved while also gaining a closer look at athletes’ lives. Henry Luce, who is also the founder of Time and Life Magazines, also came up with the idea of Sports Illustrated.

When it first launched, the magazine primarily concentrated on covering a diverse mix of sports including horse racing, yachting, and dog shows. Every once in a while, it would also include travel and fashion columnists. It would later start covering traditional sports such as boxing, baseball, and soccer.

By the 90s, Sports Illustrated had become so central to the sports culture that it had become part of the weekly routine just as much as the daily sports columns in newspapers. Millions of sports lovers would tune in to their favorite games on weekends and then they would wait eagerly for Sports Illustrated to be delivered. This is how people would learn about everything that happened behind the scenes.

When the magazine launched in 1954, it had an initial subscriber base of 350,000 people. The circulation gradually grew to 1 million readers by 1960 and by the late 1980s, readership had topped out at close to 3.5 million. By the time the swimsuit issue was being launched in 1964, Sports Illustrated had become the bible of the sports entertainment industry.

But sports journalism is not a field that stays the same for too long. By the 1980s, the creation of ESPN, as well as round-the-clock media had transformed everything. Sports Illustrated’s influence started to wane as sports fans no longer had to depend on magazines to give them access to behind the scenes.

IN 2019, Sports Illustrated was sold for the 2nd time in a span of fewer than 2 years. This time, Authentic Brands Group invested $110 million to purchase the magazine. However, Authentic made it clear that it planned to push the Sports Illustrated name further into newer ventures, namely live events and sports betting.

With this 888 partnership, Sports Illustrated now has access to cutting-edge sports betting technology that will allow it to take over this new space. Both brands will be looking to leverage the Sports Illustrated brand, which is familiar across generations.

Sports Illustrated is not the first big brand sports publication to lend its already established name to a sports betting company. As far as broadcasts are concerned, partnerships like these are becoming all the more common.

For instance, Bally’s purchased several regional sports networks in 2020, NBC merged with PointsBet while DraftKings teamed up with VSiN. ESPN, on the other hand, has similar agreements with Caesars and DraftKings. So Sports Illustrated must work hard to stand out among all these recognizable brands.