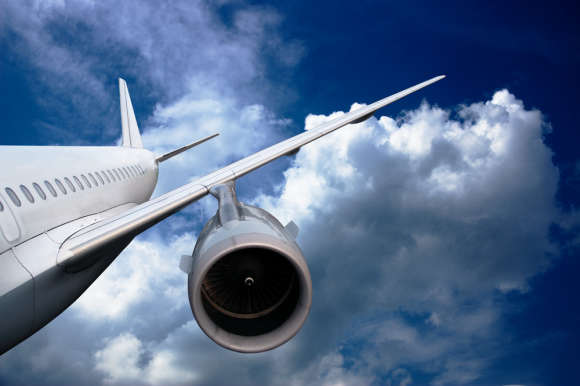 The co-founder of gambling site 888 has died in an aircraft crash in Israel.

Businessman Shay Ben-Yitzhak was killed after a private plane he and his son boarded crashed in the Sharon region.

The accident, described as a crash of a “light” aircraft in a field, was reported by The Times of Israel to have taken place just minutes after takeoff.

Yitzshak, 52, and his son had to be extracted from the airplane by a rescue team after they were trapped in the wreckage.

Danny Yosefsberg of the Natanya Fire and Rescue Department said the operation took longer than usual as the plane’s fuel had spilled around the scene, limiting access to the aircraft.

He said, “It was a very difficult extraction, under very harsh conditions, because the aircraft itself was full of fuel, some of which even spilled onto the trapped father and son.

“The father and the child were rescued using hydraulic tools and then transferred for further MDA treatment.”

Ben-Yitzhak was reportedly found dead upon arrival by the emergency crews. His son, whose age has not been confirmed, survived and was airlifted to the local hospital, Sheba Medical Center in Tel Hashomer near Tel Aviv, after sustaining serious injuries.

It is thought he was sent to an intensive care unit for observation but is now in a stable condition.

Local reports have not mentioned anyone else on board, suggesting Ben-Yitzhak was piloting the aircraft.

An investigation into the accident has been launched, but the Transport Ministry is yet to reveal further information. The crash occurred three weeks after the ban on flights was lifted in Israel due to the coronavirus pandemic.

Eye witness reports claimed the plane made a straight descent and landed with its nose planted in the ground.

According to Calvin Ayre, Ben-Yitzhak had worked as 888’s chief technology officer after the company’s other founders decided to move on following the passing of the Unlawful Internet Gambling Enforcement Act. The bill made it illegal for 888 Holdings to operate in the jurisdiction, causing a large drop in profits.

Up until 2006, Ben-Yitzhak remained in charge of research and development in a center in Israel.

He was the last of the four founders to work with 888 after opting for a non-executive role until 2010, when he quit to spend more time with his family.

888 Holdings, originally named Casino-On-Net, was born in 1997 as a virtual gaming platform pieced together by two pairs of brothers: Ben-Yitzhak and his sibling Ron, and Aaron and Avi Shaked.

Aaron Shaked, a dentist at the time, is said to have come up with the idea of an online casino after attending a dentistry conference in Monte Carlo.

The company was based in Gibraltar and managed to land a contract with the New York Jets of the NFL.

Ben-Yitzhak was working as a software engineer at the time, and had a keen interest in probability games including craps, poker, and roulette. The team worked together with the aim of creating a user-friendly product that players would love.

It grew to become a leading online gaming enterprise that attracted a huge $1 billion when it went live on the London Stock Exchange a few years after its launch. Now, the company runs 888 Casino, 888 Poker, and more. It also offers a large range of online slots across its sites.

The company’s founders mostly avoided the limelight, except for Avi Shaked, who ran for public office in Israel twice under the slogan “proud socialist millionaire.” He is known for his campaigns for peace between the Israelis and Palestinians. His brother Aaron passed away in 2010.