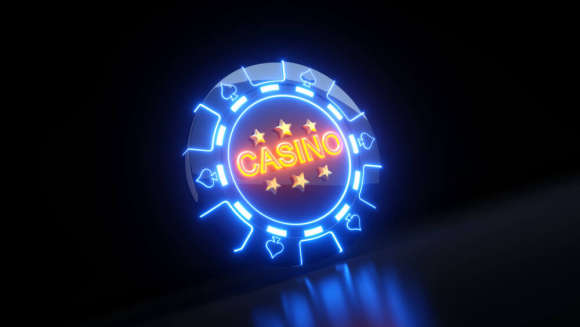 4ThePlayer.com is one of the top-tier gaming developers in the United States market that are quickly spreading out due to innovative offerings. The company was recently granted approval to distribute its content in the Garden State. The Division of Gaming Enforcement granted a transactional waiver to the company which will allow for the launch of gaming options through the operations of high caliber betting operators in New Jersey.

Following this approval, 4ThePlayer.com can go ahead to launch its already popular online casino titles through collaborations with licensed providers operating in the state. The current point of focus is to penetrate the New Jersey market first and later on in the year advance into additional states. For those who will be following this development keenly, it is important to note that the gaming developer has a release schedule for its slots; 9k Yeti will be the first title that goes live, followed by 6 Wild Sharks and then release 3 Secret Cities.

For every innovative title that 4ThePlayer.com will be releasing into the market, the brand will have an opportunity to present unique features to its clients. Being that the market already contains titles from other developers, signature features will be the only way of setting their products apart. Games created by this developer are easy to spot because they all comprise of the Big Reel Portrait Mode which is an element the most players love and enjoy. With the proprietary mobile display mode, players get to experience a more immersive interaction with every spin.

Speaking after the approval notice had been given to 4ThePlayer.com, the Director of Business Development, Chris Ash, expressed the company’s excitement. Getting the transactional waiver and also be allowed to operate live in the USA is a great milestone for the brand according to Ash. The group had always considered the US gambling market to be quite exciting and getting authorization to run business here is a great achievement.

Ash is confident that the New Jersey gambling community will find their games captivating. He reports that the development team is eagerly waiting for feedback even as the company plans to scale into other jurisdictions in the country.

With the launch of the developer’s games in the Garden State, 4ThePlayer.com enters the market at a time when the players have been accustomed to innovative games. The latest of such games is the 4 Secret Pyramids that was introduced at the start of the 3rd quarter of 2022. Having been launched in mid July, the game features an engaging Egyptian theme with a twist of adventure. It is anticipated that the slot is going to perform well in this market given the history of gaming success in the state.

LeoVegas was the channel though which the slot went live for the first time but the full exposure into the market was courtesy of Relax Gaming. Offering the brand’s BONUS↑UP mechanic, this slot will offer players an opportunity to get into four different locations in Egypt and at the same time, enjoy exploring the many paths offered through the title.

The scatter icon of the 4 Secret Pyramids is a special symbol that appears on reels 1, 3, and 5. Once it has landed, it triggers casino spins and provides players with access to a maximum payout of 50x the value of their bet. After a player has been awarded with a bonus, they are supposed to return to the desert pyramid and from there chain together multiple bonuses for an opportunity to win even larger prizes.

This is just an example of the types of online slot games that the developer will be offering in the New Jersey marketplace. Indeed the portfolio is quite large so players can expect that their preferences have been catered to. The most important thing at this stage of the launch is to watch and take note of the manner in which the content will be received by the players for whom it has been purposed. Thereafter, the task will be in comparing the reception in new states compared to NJ.

Many jurisdictions in the US require that an individual that beneficial possession exceeding a certain percentage to report their interests to the state’s gaming authorities. In some cases, the holders will be tasked with applying for suitability. In the case of an institutional investor, a waiver can be applied to authorize the acquisition of up to 15% of voting securities without the application of qualification or finding of suitability.

As an institutional investor, it is possible to acquire both acquisition and holding rights over securities in the ordinary course of business as an institutional investor, and not for the purpose of causing, whether directly or indirectly, the election of a majority of members of the board of directors, possible change in our corporate charter, bylaws, management, policies or operations, or those of any of our gaming affiliates, or the exercising of any other moves which gaming authorities find to be misaligned  with the holding our voting securities for purposes of investment.

After 4ThePlayer received a transactional waiver issued by the New Jersey Division of Gaming Enforcement, the B2B brand went on a spree of expanding its portfolio in the United States. This approval for waiver means that casino operators licensed to conduct business in the country will be able to get casino content directly from 4ThePlayer regardless of their location. According to insider Intel from the NJDG, this current entry is just but the beginning of many that will take place in the course of the year. It makes sense that the company has over the past few months signed multiple alliances in a bid to improve influence status in the market. Some of the partners include Gaming Realms which currently has access rights granted through a 2021 agreement.