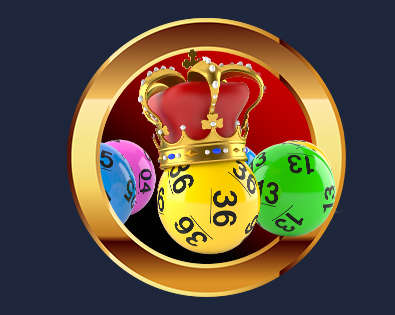 Keno is a fast and simple game where players can pile up winnings if their numbers keep coming in. Check out Online Casino Gems' list of the top online casinos for playing Keno with the best welcome bonuses, smoothest gameplay, strongest loyalty programs, and more!

How to Play Keno Online

Keno is one of the games you will often see when in a physical or online casino. It is a very popular game in most casinos and is incredibly easy to learn and play. It is usually cheap to play but, if you hit the right numbers, you can make a large win. The house advantage for the game is higher than you will find in most casino games but for those who want something quick and easy that offers the chance to win big, Keno will always be a popular choice.

Keno is a lottery-style game that traces its roots back to ancient China. It is believed that a Keno-like game helped raise funds for the Great Wall of China during its construction. The game experienced a lull in popularity for a while and did not really become widespread until the 1800s when Chinese immigrants brought Keno to the West.  In Houston, TX in the U.S., Chinese immigrants came to help build the first Transcontinental railroad and it was here that the locals took to the game and started calling it “Keno”.

In the last century or so Keno has become a staple in casinos around the world. Many casinos even have dedicated Keno rooms where players can play the game. It is no surprise that with the growth of online casinos, Keno has become equally as popular online as it is in physical casinos. Here we will look at the origins of the game, its basic rules, as well as strategies, tips, and tricks.  You will also learn how playing online differs from playing in a brick-and-mortar casino.

The Basics of Keno: How to Play

Origins of the game

Keno was invented around 3,000 years ago, so how it was invented is not exactly clear. Folklore tells of a man in China who invented the game in a time of war. His town would no longer give any more money to the local army to defend itself so the man invented a lottery game to raise funds. He took the first 120 characters from a famous children’s poem called the “Thousand Character Classic”, put them on a board and allowed players to bet on up to 10 numbers coming up when counters were thrown on the board. This lottery game was so popular and successful that it not only saved the city but turned into the game of Keno that is still played thousands of years later.

In the ensuing years, the game morphed slightly in several ways but is generally played in much the same way today as it was then. Keno went from 120 characters down to 90 and ultimately to 80 when it was brought to the West. The Chinese characters were changed to numbers. Even the name of the game has gone through multiple iterations from báigē piào to pak-ah-poo to bac hop bu and finally Keno.

How Keno is Played

If you have never played Keno and want a comparison to other casino games, it is most similar to a game like bingo as opposed to traditional table games like blackjack or craps. In fact, it even uses similar equipment to bingo in some versions of the game.

There are several different versions and styles of Keno and each has slight differences to the basic game. However, standard Keno is what you will find in most online and land-based casinos.

To play, you first need to buy a Keno card. This card will have the numbers 1 through 80 laid out on the board. Before the game starts, you pick and mark a certain quantity of numbers. Usually, Keno is played with 20 of the 80 numbers.

Once your card is marked and the game begins, 20 numbers are “pulled” for the game. These numbers can come from some type of ball machine like they do in bingo, a lottery, or digitally through a random number generator (RNG).

How much money you win in a game of Keno depends on several factors and varies depending on the game. Each Keno game will have a paytable that specifies how much you will win based on how many numbers you hit. Paytables vary quite a bit from casino to casino. Usually, the payouts begin when players hit 5 numbers although most casinos payout on hitting 0 numbers as well because the odds of that are actually quite high.

The paytables are most often structured as a multiplier of the original wager or cost of the card. The more numbers you hit, the larger is the multiplier. For example, if you buy a Keno card for $1, the payout for hitting 5 numbers may be 3x meaning you win $3. The payouts increase the more numbers you hit. Hitting 7 numbers in this scenario could payout 20x winning you $20.

As you can see, the probability of hitting more than 7 numbers jumps significantly. This is why hitting 8 or more numbers in a Keno game will usually pay out quite handsomely.

What Are the Best Strategies for Keno?

The truth of the matter is that Keno, like all lottery-type games, is pretty much pure luck. The numbers come up in a completely random way and there is not much you can do to ensure you pick the right numbers. There are a few strategies, though, that people implement in order to win more often or more consistently.

Pick the Right Number of Spots

Most places where you play Keno offer you a choice of games to play. These choices correspond to the number of spots you pick. The best odds of winning some sort of prize come from games where you pick 4, 5 or 6 spots. If you want to get a little riskier, you can play 7 or 8 spots and still have a decent chance of winning.

Anything less than 4 spots or more than 8 spots are not really worth your while. The prizes are either too small or the chances of hitting big are too huge. While you will not win millions playing 4 to 8 spot games, you will have the best chances of consistently winning smaller amounts.

Play Multiple Games in a Row

Most Keno cards offer you the opportunity to pay for multiple games upfront using the same card. This is known as playing a “multi-race card”. While some of the fun for players may be picking new numbers each time, playing the same numbers in consecutive games may help you win more. The numbers are completely random but the chances of the exact same numbers coming up in back-to-back games are incredibly high. As new games generate new random numbers, chances are that yours will come up eventually.

Although there is no long-term evidence to back this strategy, many players who have studied and tracked certain games believe that playing a group of numbers in a consecutive sequence will give you an advantage in Keno. Also, when you are playing for a long stretch of time, another theory states that you should start playing “cold” numbers or numbers that have not come out in a while. While both of these strategies have supporters and they will work on occasion, there is no reason to believe that these will give you any kind of mathematical edge while playing Keno.

The best strategy for winning more at Keno has nothing to do with how you play, it is all about where you play. As mentioned above, the paytables and multipliers for Keno can vary wildly between casinos and even between different Keno games that you find in the same casino. In a 20-number game though, the odds never change. So, you want to look for the Keno games that have the highest multipliers for the lowest numbers. A Keno game that offers a 4x or 5x payout on 5 numbers will be better than a game that pays out 2x or 3x on the same amount of numbers.

The other factor to look for, which you will find most often in online casinos are things like bonuses, promotions, side prizes, and progressive jackpots. The competition among online casinos to attract players is high these days, so many offer great incentives to play at their casino. Things like free Keno cards or cashback may be included when you play at a certain casino so you want to look for the best offers.

This may mean switching up where you play on a regular basis to take advantage of new player deals or playing at the same spot for a long time to take advantage of loyalty schemes. The offers you like best are unique to you as a player, but no matter what you are looking for, shopping around and seeing where your favorite deals are is the best way to go.

Tips and Tricks for Playing Keno

Does anything change playing Keno online?

The answer to this question is both yes and no. Overall, the game of Keno will differ slightly in a number of ways depending on where you are playing and what the casino is offering but the base game is always the same no matter where you play. That said, there are several advantages that playing Keno online offers players.

The biggest advantage of playing Keno online is that you can play whenever and however you like. Before the advent of online casinos, you had to make a trip to a casino, pub, or other location that offered Keno in order to play. With online Keno, you can play right from the comfort of your home or on-the-go through online casinos that offer mobile compatibility. It is a modern convenience that many players may take for granted but should appreciate.

If you like the portability and versatility that online Keno offers but miss some of the human touch that playing in a more traditional location offers, there is a solution. Live dealer Keno is run from a studio with live video and replicates the experience of playing in person. Many live dealer games also have robust chat systems so you can interact with other players while you are playing and make the game more social when playing virtually.

Keno is a great game with a long history and is popular all over the world. It is easy to learn and play and even beginners have the same chances of winning as players who have played the game for years. On the other hand, the house advantage in Keno is one of the larger ones in the entire casino.  If you are the type of person who enjoys trying to master a casino game, Keno is probably not the game for you because you will never get demonstrably “better” at the game.

If you love Keno, though, it is a very fun game to play that is low-cost, relaxing, and social. If you are lucky, you may even walk away with an absolutely huge jackpot one day for a tiny investment. While there is no one way that is the best to play Keno, there are actions you can take to maximize the experience. One of these is by playing Keno wherever you are at an online casino. If you do this, stay consistent, shop around for the best bonuses, and have fun. Good luck!