With a seemingly endless variety that feels like it grows by the day, it's no surprise that video slots are enormously popular with online casino players. Online Casino Gems has a huge selection of the best video slots out there, offering fantastic gameplay and huge bonuses for every experience level, budget, and style. We also offer practical advice on how to play and take advantage of free spins, bonuses or weekly cashback. 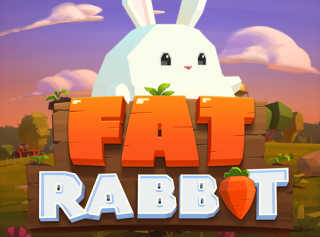 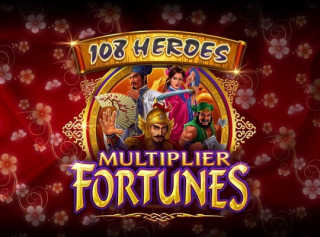 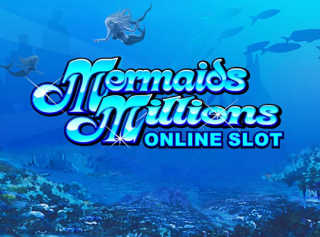 Video slots enjoy incredible popularity and action in the worlds of online and brick-and-mortar casino gambling. The huge variety of video slots means that there is something for players of all levels of experience, budget, and playing style.

There’s a ton to know about video slots. After all, they are the bread and butter of the casino industry. From a technical and design point of view, video slots are based on their 3 reel classic arcade-style cousins.

Like their physical cousins, online video slots are easy, simple, and exhilarating to play. All you have to do is select your coin size, choose the number of paylines you want to play, bet per payline, and click “spin.” Of course, there is much more that goes into playing video slots.

Video slots have gained increased traction in the last few decades, but they have been around for quite a long time. Today, they are played in United States’ casinos by more players than craps, blackjack, video poker, reel slots, or any other game.

Of course, that wasn’t the case in the 1980s when slot/coin machines and table games got all the attention. In the late 1980s and early 1990s, video slots started gaining popularity, but video gambling dates even further back.

It all started in 1975 when Fortune Coin - the first form of slot machine that featured a video interface - was introduced by the Fortune Coin Company. Four years later, SIRCOMA jumped on the wagon by releasing the first ever video poker game. The company later changed its name to IGT.  It is currently one of the biggest developers of video slots.

The entry of Bally Game Maker in 1994 was a game-changer for the video slot industry. They introduced the first machine that could accommodate several casino games, all of which were on video. Perhaps the most widely played games on the machine were video blackjack, video poker and video slots – all of which were very rare at the time.

In the mid-1990s, the Australian video game maker Aristocrat Technologies developed the first video slots with not only five reels but also bonus features, most of which were free spin features. Although they didn’t take off in the United States market, these games were a hit in the Pacific Rim region. These games formed the foundation of what’s now popularly known as online video slots.

1996 and 1997 were particularly interesting times for the casino industry. First, Silicon Gaming introduced Odyssey, a video slot machine that didn’t catch on but raised a few headlines. These machines featured screens with large real estate, top-notch animation, impressive graphics, and bonus events. However, it was Reel ‘Em In, which was released by WMS Gaming in 1997, that took the US market by storm.

The good thing about video slots, especially those online, is that they are quite easy to understand and play. Of course, the first step is to find the right casino site and open a player account. Next, you will deposit money and choose your favorite video slot from titles like Fat Rabbit, 108 Heroes, Mermaids Millions and more. Here are some key features that nearly all video slot games have in common:

All slots are powered by a random number generator. This RNG generates random numbers which then feeds to the video slot chip, which then translates into symbols. This helps determine the symbols that will appear on the reels.

Every video slot has low-paying, high-paying, and special symbols. The low-value symbols are usually the high deck cards - A, K, Q, J, 10. The high-paying symbols are typically characters that vary depending on the theme of the slot.

Scatter Pay Symbols. Scatter symbols are usually worth a high value when they appear in view within the reels. They don’t actually have to conform to any particular payline. One of two things can happen when scatter symbols appear, they can pay off directly or activate a bonus event.

Bonus Symbols. On many video slot titles like EggOMatic by NetEnt, the scatter symbol is also the bonus symbol. In some cases, they are different symbols. In either case, when three bonus symbols appear anywhere in view on the reels, it triggers a bonus round.

Almost all online video slots boast multiple paylines, which means there could be winning combinations in more than a single payline. In some cases, you can even have the same symbols paying on multiple paylines. As such, the player has to first choose the size of the coin.

The coin denomination typically varies from slot to slot, but the minimum coin is usually around $0.01. Unless you are playing a high-roller video slot, the chances are good that the maximum coin value would be between $5 and $10.

Once you have chosen the coin value, the next thing to do is select the number of coins you wish to wager per payline you want to play. As stated above, a video slot can have multiple paylines and reels, which means you have to select which paylines will be active. In most cases, there are video slots with permanently active paylines and the other paylines you can choose to activate by placing a coin bet or simply leave them dormant.

For instance, if you choose a coin value of $0.01, and select to bet two coins per payline on a video slot with 25 lines, the total amount you will bet per spin will be equal to $0.5.

Not all video slots use the spin feature; some use cascading reels. That means conventional paylines don’t work here. Instead, the presentation converts each slot symbol into a particular tile. You are paid when a winning combo comes up on the tiles. Before you make another wager, the winning symbols go puff, and new tiles cascade down to replace them.

The principles of winning, bonus events, and jackpots remain the same. Most video slots with cascading reels feature 243 bet ways.

Tips for Winning at Video Slots

Boost your Bankroll with Free Spins and Bonuses

Video slots don’t come with much room for tactics and strategy.  Lucky for you, most online casinos offer free spins, cashbacks, and bonuses you can use to play your favorite video slots. Take advantage of all types of bonuses, including no-deposit bonuses, deposit match bonuses, weekly cashbacks, and much more.

Also, don’t hesitate to join loyalty clubs to take advantage of rebates and accumulate redeemable points. In a nutshell, you need to leverage virtually any feature or event that will help boost your bankroll. That way, you can boost your chances of winning and have fun while at it.

This might sound like a cliche, but you should have fun while playing video slots. They feature beautiful graphics, the gameplay is quite interesting, and they usually boast imaginative themes. So why not focus on the light side of the game, instead of getting bogged down by losses?

Remember the house always has an edge over the player. The best way to make the most of the game is to have fun and call it quits when the excitement stops. If you take the game too seriously, you will likely double down on losses, and end by losing even more money.

This is a tip that applies to almost all types of slots. To ensure the highest payouts when you land a winning combination, you need to bet using the max coin size.

Choose a Video Slot with the Highest RTP

It is important to note that video slots are notorious for high house edge, unlike table games such as blackjack, craps, and baccarat. That is why it pays to do a little research on the Return to Player (RTP) of potential video slots. Ultimately, settle for a slot that not only pays out well but also boasts a high RTP. Any video slot with a house edge lower than 2% is recommended.

Play as Many Paylines as Possible

As we’ve mentioned repeatedly, today’s video slots have more than one payline. Some have as many as 50 or even 100 paylines. The trick is to play max paylines to optimize your chances of activating a maximum payout.

Absolutely do not forget to set your bankroll. Even more importantly, stick to your loss and win limits. Don’t get too attached to any particular video slot game.