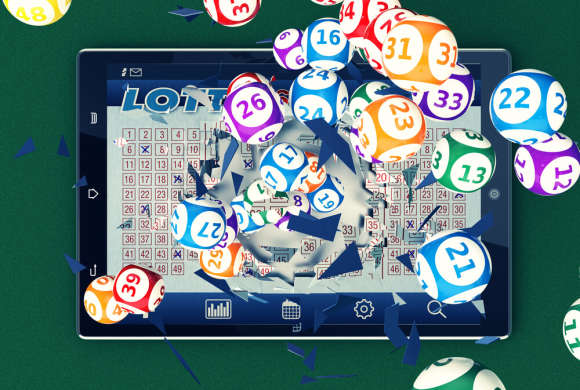 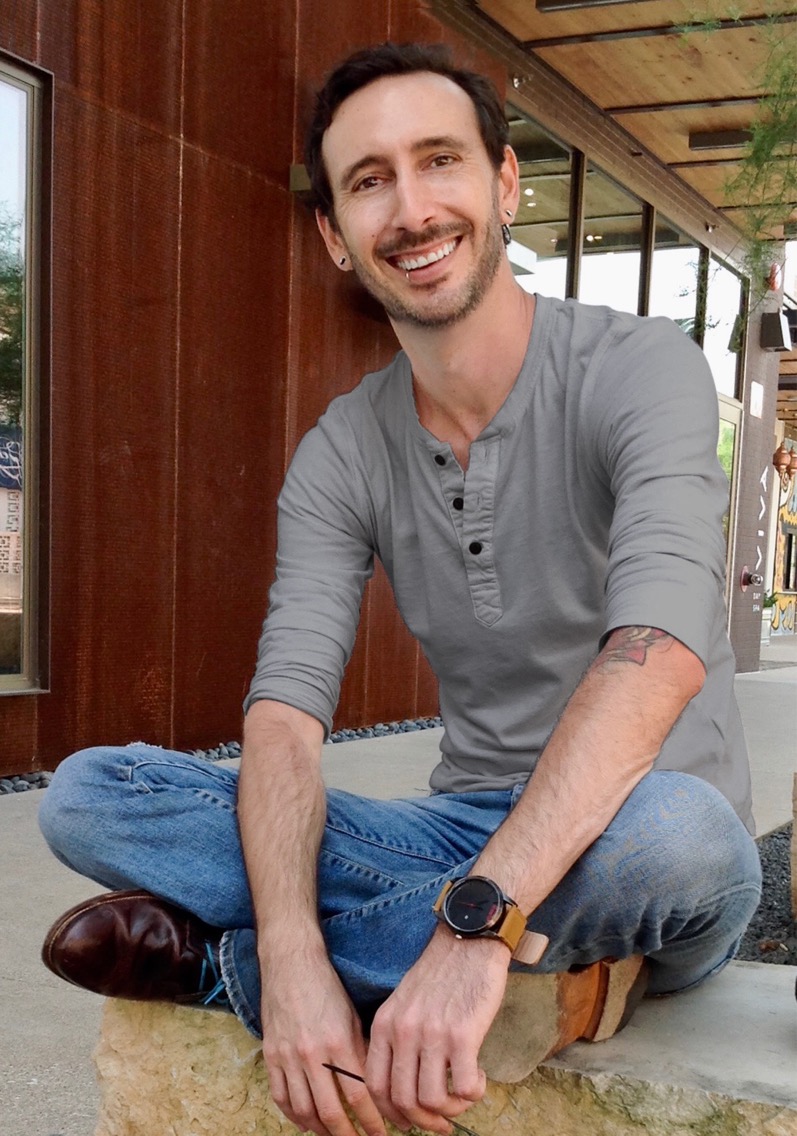 It’s enough to knock the socks off of anyone who used to chauffeured Grandma to her bingo night at the VFW hall; even as early as 2010, online bingo sites collectively passed the $1 billion mark in revenue.

Hard as it is for some to believe, bingo has carved itself out an undeniable niche in the exploding universe of online gambling. Online bingo rooms are now de rigueur for just about every online casino based in jurisdictions from New Jersey to Gibraltar. The market for online bingo has also facilitated expansion toward an increasingly younger market, undoubtedly aided by the fun experience of live community-based chat running alongside.

It doesn’t stop there. Sites like Silk Bingo, Ted Bingo, Tip Top Bingo, and many many more cater to bingo enthusiasts exclusively. Bingo sites and online casino sites offer a slew of bingo options, including 75-ball (American) bingo, 90-ball (British) bingo, Swedish bingo, and even the relative newcomer “Slingo,” a whimsical cross between bingo and slots.

Almost as remarkable as the games themselves are the communities. Step into an online bingo room (essentially a chat room with a gaming element) and like as not, you will find a rowdy band of users who know each other, exchange banter over group chat, and compete vigorously for cash prizes.

So how did the humble old game of bingo vault its way into the position of a billion-dollar digital business segment?

Bingo: Not Just for Old Folks

For many people, bingo is still thought to be the domain of the elderly, crowded into the drawing room of a retirement community, Lawrence Welk droning from the phonograph... A bored employee announces the numbers from the high-bouncing balls until one lucky octogenarian shouts “Bingo!” to collect the modest prize of a donated box of floral soaps.

No one’s denying it’s the perfect retirement pastime, easy on both the mind and the back.

But this blue-haired, china-cabinet perception of bingo belies both its origins and its status as a world-famous game of chance and a staple in the world of gambling.

Bingo actually dates back to 16th-Century Italy—and to a lottery known as “Lo Giucco del Lotto d’Italia.” Founded in the 1530s A.D., Italians still play Lo Giucco every Saturday to this day.

The French, clearly not wanting to be outdone by those too-modern Italians, adopted a version of this Lotto in the 1770s, nabbing the core game and creating up a barely new variant as if they’d thought of it themselves.

Known as “Le Lotto” and popular among French aristocrats, it began to develop early versions of all the bingo rules we know today. However, instead of applying stamps to paper cards, players marked their cards with loose tokens.

It then moved country borders once more, this time to turn up in Germany in the 1800s as a teaching tool, a gamified variation on flash cards to help children learn history, math, and literature. This teaching tactic is still employed in primary schools across the world.

By the time it hit an Atlanta carnival in 1929, its first recorded North American appearance, the game had morphed to the point where players tracked their progress by placing beans on the cards when their numbers were called. The winner traditionally shouted out “Beano!”

Edwin S. Lowe, a toy salesman from New York, misheard this as “Bingo!” and popularized the game under a new name when he founded the Tallyho Inn and Casino on the Las Vegas Strip.

Bingo surged in popularity in gloomy make-do post-war Britain, with different rules (90-Ball) evolving to serve a British clientele instead of the rules popular in America (75-Ball). 90-Ball Bingo uses three rows of nine squares on each card, making a grid of twenty-seven, with prizes available for filling one, two, are all three lines.

Far from being limited to the elderly, purpose-built bingo halls nowadays generate an almost unthinkable $90 million in revenue per week, with players competing for hundreds, thousands, or even millions of dollars in prizes.

Bingo has become especially popular among young, hip, and rebellious youths, particularly in the UK, who prefer bingo as an expression of counterculture and an antidote to a vacuous nightclub culture of binge drinking, drugs and unseemly peer pressure. It also overcomes generation gaps, with Granny, Mom, and daughters all going off to the bingo hall in many communities where it’s enjoyed.

The Channel 4 documentary “Why Does My Granny Stereotype Me?” recently recorded a preference for British youths to gravitate away from higher-risk behaviors and toward less ostentatious social practices to meet new friends and build relationships. And it was no surprise to find bingo on the list of things for the youth of the UK to do. The game does, however, maintain its strongly female player bias.

So, why do people love bingo?

Bingo in its old community-hall form is inherently more sociable than a video game, more participatory than a movie … and you have the chance to win cash prizes! The environments also tend to be safe for women to visit in an era where women are on high alert against male aggression and sexual assault. Bingo may also be just as addictive as drinking or smoking … but less harmful to your health, and with no hangover the next day.

Bingo does, however, enjoy a nebulous legal status.

While bingo halls proliferate even in dry jurisdictions, it doesn’t hurt to remember that bingo is still gambling. Players pony up money for a card that may or may not be a winner based on the draw of numbered balls at random. This works to the game’s advantage by skirting most anti-gambling laws; the fine details mean it maintains its status as a lottery game, not one for the casino.

Online bingo is practically as old as the Internet itself, with the first online bingo games appearing in 1996 and 1998, powered by random-number-generating software. Bingo Zone, which debuted in 1996, still operates today.

Free gameplay was the rule when the Internet launched, because no secure way existed to send payments over the internet.

However, the evolution of secure online payment APIs, along with mobile wallets like PayPal, opened the floodgates for the monetization of online bingo. Sites could collect bankrolls directly from players … and players could be eligible for cash prizes, including progressive jackpots that grew with every card purchased.

Over twenty online bingo sites existed by 2000, exploding into the public consciousness in 2004 with the booming popularity of social media.

Although online bingo revenues surpassed $1 billion by circa 2010, the exact volume of online bingo gameplay is hard to track. Sites operate worldwide with bases of operations in offshore havens offering favorable licensing laws and taxation.

Policies of internal and external governmental scrutiny apply, but often in scant measure in some jurisdictions with little interest in intervening to ensure safe play. Such overseeing is offered by countries like Gibraltar, Curacao, Costa Rica, Malta, the Isle of Man, and the Kahnawake Nation, a Native American enclave within Canada.

With limited scrutiny often being the case, a “buyer beware” policy has always been advisable when trusting hard-earned money to an online gambling site.

Nevertheless, online bingo got another boost from the mobile revolution. The adaptation of online bingo software to HTML-5 enabled the games to be deployed on smartphones, tablets, and other mobile devices. The already booming online bingo market reacted explosively to the opportunity to take their bingo games in their pockets and purses, to play on trains and in waiting rooms--or in stolen moments at the office.

At every stage of its forward march in popularity, the stakes of online bingo have risen. Jackpots have grown larger, while the selection of games has multiplied. Online bingo developers have advanced both their gameplay and competitive advantage, enticing players with side games, bonus rounds, and more and more immersive graphics and animation.

Today online bingo attracts somewhere in the neighborhood of 100 million players. Between 70% and 80% of the user base is female, with the majority falling between 30 and 50 years of age. Online bingo, however, is a major contributor to bingo’s popularity among younger, more tech-savvy demographics.

The UK online bingo market surpassed £1 billion in annual revenue between April 2016 and March of 2017. The US has roughly only the same number of online bingo players due to the smaller market share among Americans, but these numbers point to a global annual revenue figure in the tens of billions of dollars.

Where Online Bingo is Heading

While numbers are hard to pin down, best estimates put the number of online bingo enthusiasts in the hundreds of millions. With that kind of enormous user base, what can we expect from online bingo going forward?

Here are a few things to look for:

Appeals to a Male User Base

While bingo has crossed the generational gap, the gender gap is another matter. Men make up only a quarter to one fifth of bingo’s core user base--and probably, many of these were simply trying to drive their partners to the bingo hall and got suckered in.

In some senses, this is a demographic weakness … but also a demographic opportunity. The old norms around bingo halls in lower social-class towns have been largely swept away by the advent and pace of online bingo, meaning that anyone can play nowadays. It’s no longer the turf of headsquare-wearing old women.

Since it bears some similarities to lotteries, too, males are likely to see the appeal.

Any population that’s three-quarters women is so obviously ripe for attention from men looking for a date or a mate. Online dating is another booming industry. Could bingo-based dating apps and matchmaking online bingo games be that far off?

Expanding the Horizons of Bingo Gameplay

Online properties are limited only by the imagination and the coding skills of their developers.

A driving force behind the popularity of video slots compared to old-school mechanical slots has been the flexibility of the gameplay to include side games and bonus rounds resembling board games, word games, scratchers, etc.

Online bingo has already incorporated many of those lessons. Expect it to only grow from there, with online bingo gameplay becoming more immersive and diverse.

Mobile bingo players don’t always have the luxury of unrestricted gaming time. The player’s train stop inevitably arrives, or the boss wanders past the cubicle and you have to flip the mobile phone over quickly.

A Return to the Bingo Hall—But Online

The digital and mobile revolutions did what they did, but you can’t neglect the power of the cultural moment bingo halls are experiencing, due to their resurgent popularity with younger people and cross-generational play.

Expect online bingo games to resemble digital versions of land-based bingo halls more and more, coming to resemble social media sites in their own right with networks of friends, cliques, sub-apps, and detours in which players can get lost for an evening’s entertainment.

The mechanics of online bingo make it easy for the house to maintain its edge, but expect more time and money to be expended on understanding the psychology of bingo players. The house may always win, but that’s never going to stop them from trying to win even bigger.

Online bingo is obviously here to stay. Its explosive popularity points to a winning business model that will only move forward.

Few online gaming experiences can boast to have been around in the earliest days of the Internet, and even fewer manage to scrape past the harsh regulation of casinos to become a game so easily accessible by communities online or offline. These factors afford bingo masses of scope for expansion and innovation.

Keep your eyes on the meteoric rise of online bingo. Maybe even play a card or two!

What do you have to lose