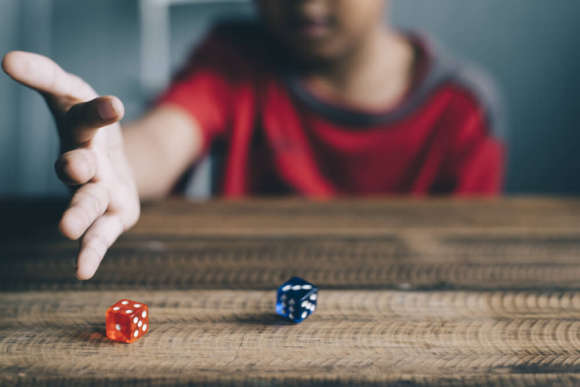 There are many seemingly arbitrary laws made affecting our lives, including gambling age restrictions. Most people accept these laws without question. For example, if you go to a pub and get a pint when you're one day shy of 18, then you are breaking the law. Go back the next day, and it's legal. Logically, what difference does one day make?

To compound the confusion, UK law says that it’s legal for an adult to buy beer, wine, or cider for a sixteen-year-old, if they’re in a restaurant having a meal. To complicate things more, as long as they're in a private home, kids aged five to sixteen can legally drink alcohol. On the other hand, in the United States of America, those laws go state-by-state. In some states, people must be over the age of 18 to drink alcohol. But in others, the legal drinking age is 21.

The point is, regardless of the arbitrary nature of drinking laws, everyone just accepts it. Why? Because it's the law.

Like the drinking age in the UK, there are a plethora of rules and regulations concerning age limits for gambling. For example, the legal age to bet at a bookmaker's, gamble in a casino or buy a lottery ticket are different. How were these ages decided? Why is one type of gambling allegedly less of a problem than another? Should there be just one legal age for gambling, regardless of the type? Of course, that’s not to say that the legal gambling age, across the board, should be sixteen. You could equally argue that it should be twenty-one. Let's examine the different rules, and how they might change in the future.

After reviewing the age verification procedures for licensed gambling businesses the UK Gambling Commission made regulatory changes. They decided that companies offering gambling to citizens of the UK must verify age, before a customer makes a deposit or bet.

The new rulings mean that longer delays between signing up and gambling are now the norm. But, it also means minors are less likely to begin gambling online. The new rules also apply to free-to-play slots and demo games. While free play is technically not gambling since no prizes are won, the gambling commission argues these games are a gateway to real gambling.

What Are The Current UK Legal Gambling Age Limits?

Currently, these are the age restrictions in place for gambling in the United Kingdom. As you can see, there are different ages depending on the type of gambling.

You can see that the current gambling ages are a little complicated, depending solely on what someone wants to gamble on. For example, a sixteen-year-old could spend £50 on football pools, scratchcards, or the National Lottery. But, that same sixteen-year-old couldn't bet £5 inside a casino.

Why Are There Different Gambling Age Limits in the UK?

The argument is not that the gambling age should be the same across the board to stop the confusion. However, it is contradictory when people of any age can gamble on machines, as long as the jackpot is less than £5. Why is it that the gambling commission sees one type of gambling as more dangerous than another? It can’t be the amount of money that could be won; the fact is, a sixteen-year-old could play EuroMillions and win more than £100 million. It’s also hard to understand why young punters could spend money on blackjack or roulette, given that they could buy a scratchcard.

The answer is that research indicates that adolescents are two and four times more likely to develop into a problem gambler than an adult. It seems that the thrill of gambling hardwires the brain into addictive behavior patterns. In order for kids to develop into well-adjusted adults, they shouldn't gamble, in the same way, that they shouldn't drink or use drugs.

One argument is that some games are very fast-paced, making serial bets likely. For example, you could buy a lottery ticket, put it in your pocket, and forget about it for hours. On the other hand, a game of roulette allows the player to gamble a lot of money in just a minute. And, once the roulette wheel stops spinning, the cycle starts all over. The fact is, some forms of gambling have a sort of hypnotic power that others do not.

This could be the reason that scratchcards are legal for sixteen-year-olds. Scratchcards do not hold quite the same hypnotic thrill as a spinning roulette wheel, or flashing slot machine.

However, in 1998, the lottery watch group released a report indicating that 5% of kids under the age of sixteen had a gambling problem. Add to that, the report said that 2% were obsessed with scratchcards. So the question is, why isn’t the age for playing the lottery or scratch cards eighteen?

The answer is obvious, if cynical; the National Lottery benefits the government. And governments often make an exception for themselves when it comes to money.

Also, changing the legal age for the lottery is unlikely to be championed by any political party if they can’t see the benefit. Sadly, a 2015-2017 Conservative Government petition to raise the age limit to eighteen only collected nine signatures.

In 2010, after Finland raised the legal gambling age limit from fifteen to eighteen, the number of adolescent gamblers dropped dramatically. Research showed that before and after the change is quite dramatic.

As with any survey, the number of respondents is a fair example of the entire age group. Before, more than 40% of fourteen-year-olds were gambling on slot machines, but that figure dropped by nearly two-thirds after the gambling age changed. Also of interest is the more than 10% drop in the eighteen and older age group.

It would be interesting to see further research into the reasons for the dramatic drop in adult slot machine use. One reason to raise the gambling age limit is to protect young people from developing a gambling addiction. A long-term study on the percentage of those developing a gambling disorder would also be useful. In any case, reducing adolescent gambling behavior certainly can't hurt.

However, in 2008, there was a push to lower the legal age for betting on horse racing to sixteen.  The argument was that young people would find it hard to get into horse racing if they were allowed to get married before they could bet on a horse race. However, one must wonder why some people felt that betting on the horses was more important than marriage. Admittedly, sixteen is quite young for either event, but gambling money on horse racing should take a backseat to family.

Ireland Raises the Gambling Age to Eighteen Across the Board

In 2017, the Irish Government raised the age limit to eighteen for all forms of gambling. In Ireland, the lottery age limit was already set to eighteen. However, those under eighteen could play slot machines at an arcade or an amusement hall. This is something people in the United Kingdom should watch.

The National Lottery responded to the survey by instituting additional steps to verify a players’ age. These steps include appointing a retail compliance manager, age verification on point-of-sale machines, and audits.

“The statistics show that many Irish people enjoy various forms of gambling without any issue. For the small percentage of people with a gambling problem, we need measures to reduce problem gambling as well as its impact on individuals and their families,” said Catherine Byrne, Minister of State at the Department of Health.

Canadian Study on the Subject of Adolescent Gambling

The research used the Canadian Adolescent Gambling Inventory, sampling 366 young participants, 65.3% of whom were girls.

The study found that teenage boys were far more negatively affected than girls, with older teenage boys struggling the most academically. Also, kids with fathers who had a lower education level at the greatest risk.

The conclusion drawn from the study showed a strong relationship between adolescent gambling and very serious social, psychological and financial consequences. However, the study also concluded there are several risk factors that certain people at high risk for problem gambling possess. These can include a pre-existing mental health condition, such as a mood disorder or a personality disorder.

Of course, it's unlikely that gambling caused any of these problems; in fact, the reverse is probably true. Gambling can be a self-soothing behavior, and an escape from the stress of real life. However, a gambling problem never helps relieve co-existing mental health problems, in fact, it only makes things worse.

The conclusion to be drawn is, lowering the gambling age to accommodate younger teens could exacerbate underlying mental health problems. While this is also true for adults, giving kids the best chance at life should take priority. Encouraging young people to study and develop a healthy self-image is much more important than encouraging them to gamble.