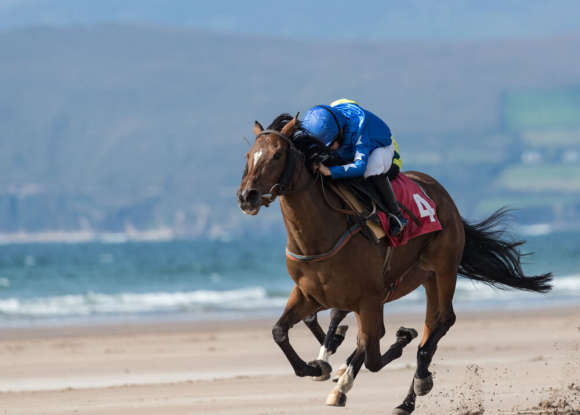 The gambling industry differs around the world. While some countries have very strict guidelines related to all gambling activities, others are rather liberal. Online gaming is a different part of the industry that some countries have barely under control and others have a firm grip upon. In this article, we will take a look at the online gambling industry in Ireland and see what lessons can be learned from their example that can be applied to the rest of the UK.

Gambling has a long and interesting past in Ireland. Sports betting, in particular. Horse racing is the most prevalent sport with estimates at over four horses per head in Ireland, putting that country ahead of the majority of the European countries. It makes sense when you consider that Ireland is not only the fourth-largest producer of racehorses on the planet, but the majority of the world’s top horses, riders, and jockeys are all from Ireland. It also makes sense that horse racing would be the source of a lot of gambling. Gambling on the ponies dates back to the Middle Ages and as horse racing became an established sport in Ireland in the 17th and 18th centuries, betting became more mainstream and governing entities were formed to regulate the activity to keep it fair. The 1926 Betting Act became the first major benchmark outlining the regulations around gambling. A revision in 1931 implemented the requirement of a government-issued license for anyone taking bets.

The Gaming and Lotteries Act of 1956 formulated a framework for betting regulations and in 1986, saw those regulations adapted to apply to casinos and lotteries. Bookmakers emerged with the addition of the internet. In 1988 Ireland’s first officially licensed bookmaker, Paddy Power was established. The Gaming and Lotteries Act was replaced in 2013 with the updated Gambling Control Bill.

It was intended to act as a regulatory piece of legislation rather than something that prohibited gambling opportunities. The new bill addressed all forms of gambling within Ireland, including horse racing, and legalized casinos, which were deemed illegal for several years. The 2013 legislation set down the building blocks for the casino industry that permitted a total of 40 licensed casinos to open with a maximum of 15 tables each. The goal was to prevent large American-style casino development. A problem gambler program was also established, funded in part from a portion of tax revenue the government collected from gambling revenue.

Here is where Ireland set the pace for the rest of the UK and the world. It was in 2003 when Ireland launched a process to legalize online gambling. Other countries have viewed the internet as a tool that takes away from land-based casinos. However, Irish lawmakers were visionaries who saw great potential in the technology, and rather than trying to block it from influencing gamblers to shift their focus away from land-based casinos, Ireland embraced the potential of the new technology. At the time, several of the first websites to be based in Ireland were bookmakers and it wasn’t long before international online gambling sites started to promote themselves directly to Irish gamblers. A system was developed and to this day, web-based gambling operators targeting the Irish market can do so with a government-issued license. The same thing applied to offshore sports betting sites. With a license issued to operate in Ireland, they can promote themselves all they wish to Irish gamblers. To find out what gambling sites are the best to join, check out these Irish Online Casino reviews.

Changes To The Online Gambling Industry

It wasn’t until 2012 when the Irish government placed regulations on the way online gambling was conducted. Again, lawmakers took a positive, proactive approach that other countries, as well as the rest of the UK, can learn from. The amendment to the Gambling Control Bill limited online gambling licenses to casino operators that generated over 200,000 Euros annually as a turnover rate for citizens of Ireland. These casino operators would be required to pay an excise tax of up to 10% regardless of where they are based. With stats that point to Irish bettors gambling about 5 billion Euros per year and roughly 14 million Euros daily, the excise tax could provide the Irish government with a very nice extra source of steady income. Considering that an estimated 12% of Irish adults use bookmaking sites or online gambling sites weekly, it is safe to say that the industry has a firm foothold in Ireland.

The Future Of Online Gambling

Ireland continues to set the pace with tremendous growth happening in the online gambling industry over the past decade. Although sports betting is huge, poker is the most popular casino game played online and the Paddy Power Irish Open happens to be one of the largest online poker tournaments in the world with jackpots that are greater than 1 million Euros.

Other popular gambling activities in Ireland in addition to horse racing include betting on football, greyhound races, Gaelic football, hurling, and other sporting events. The proactive approach to online gambling that the Irish government took from the very beginning has helped to not only build that industry but has gone a long way in strengthening the gambling opportunities available for Irish bettors.

There is a lot to be said about embracing the potential that can come from internet gambling. Rather than attempting to prevent Irish bettors from participating in offshore gambling activities, the government established a licensing system for both domestic and foreign online gambling sites. The goal was to generate a new source of income for the government to use on social programs. In Ireland, the internet is not viewed as a problem. Online gambling is also not viewed as an issue. It is considered a different form of entertainment and Irish residents are big bettors with better access to gambling sites through the internet. What Ireland has done can easily be implemented anywhere in the world where internet gambling is taking hold. This is an important lesson that can change the gambling industry in the UK and the rest of the world.