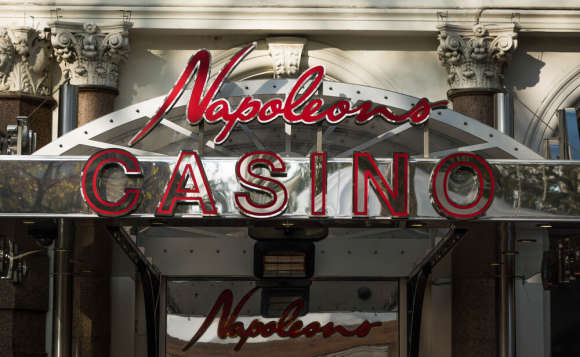 The Advertising Standards Authority, the self-regulatory organization of the advertising industry in the UK, has sent a warning against A&S Leisure Group, which owns and operates the Napoleon Casino brand. Napoleon Casino is accused of running advertisements that claim punters stand a chance to enjoy unlimited gambling opportunities at the casino.

The advertisements appeared on napoleons-casinos.co.uk, as well as on the brand’s Facebook page promising customers ‘unlimited gaming entry into prize draws, as well as ‘unrestricted gambling’ for all its customers. An unnamed party made the complaint to the ASA, claiming that the ads were socially irresponsible. The owner of Napoleons' casino, on the other hand, claimed that it was within its rights to promote unrestricted betting to its customers as per the money laundering regulations in the UK.

The ASA works hand in hand with the Gambling Commission, as well as the Committees of Advertising Practice to tighten advertisement standards. These days, because gambling has become more accessible due to its digital nature, there has arisen a need to enforce greater advertising and marketing standards in the industry. It is no longer enough for punters to just place wagers on the outcome of a game.

Gambling advertisements go the extra mile of encouraging punters to become the first in all things, which has further been fueled by the increased popularity of sports betting that promises high stakes and winnings. Today, viewers of televised live sporting events are barraged with advertisements from gambling operators during commercial breaks with all sorts of tempting and often misleading offers for players that accurately predict the outcome of a match.

According to analysts, 95% of TV ad breaks during live UL football matches feature at least one gambling ad. One in 5 of the commercials that are broadcast across matches are typically from betting firms, which is why the government has been adding new restrictions aimed at safeguarding punters.

Organizations such as ASA alongside the Gambling Commission in the UK have a role to ensure that gambling and betting ads rules are being enforced and that all ads being put out there by gambling operators are socially responsible. In particular, ASA’s betting and gambling rules have been designed to protect children, young gamblers, as well as other vulnerable groups from being exploited or harmed by any gambling and betting features or ads.

In 2018, The Gambling (Licensing and Advertising) Bill was introduced. This bill requires all gambling operators and gambling-related businesses to hold UK licenses in order for them to advertise. This means that even offshore operators must adhere to all the rules stated by the Gambling Commission if they want to run any advertisements in the UK. Not too long ago, the ASA was also forced to hold Entain owned brand Ladbrokes accountable earlier this year in July for similar offenses.

Last year, the UKGC announced that it would be banning sportsbooks from using sports personalities and celebrities in their wagering ads. Under the rules, an advert can be banned if it is found to appeal more to vulnerable and underage players, as well as children. Over the years, anti-gambling groups have stepped up to call for a complete ban on betting advertisements.

However, the government, as well as the CAP have claimed that the evidence at present does not justify a total ban. So just how are gambling ads regulated in the UK? Aside from being required to hold a license from the Gambling Commission in order to transact with and advertise to punters in the region, gambling operators are also required to adhere to the UKGC’s Commission’s License Conditions and Codes of Practice, which were released late last year in October. These rules were created to require sportsbooks and operators to comply with the Advertising Codes that have been created by the ASA.

The rules created by the ASA aim to make certain that gambling ads do not portray or encourage betting behavior that is socially irresponsible. This includes betting behavior that could cause financial, social, or emotional harm to the participants. The ASA’s code also aims to ensure that advertisers do not exploit the susceptibilities, or the inexperience of punters or children's lack of knowledge.

Gambling ads that suggest that betting can be a solution to financial worries are also prohibited from airing. Any advertisements that are found to breach the code are typically withdrawn or amended and where serious or repeat offenses have occurred, the ASA is usually within its right to report the advertisers to the UKGC.

The ASA also has guidance on free bets and bonuses that lure punters. The guidance on bonuses has been around since 2018 and requires operators to always prominently display any conditions that come with an advertised bonus offer. This has forced operators to be clearer when it comes to their promotional terms and conditions.

Although gambling in the UK has grown to become one of the most successful industries in the region, the success of the market has come at a high price. Today, the UK has one of the largest populations of problem gamblers and if the situation is not rectified soon, the situation could become even more dire than it is now. According to the UKGC, there are more than 2 million individuals in the UK that are suffering from problem gambling or are at risk of developing a gambling addiction.

The good news is that the government is already taking steps to rectify the problem. Not too long ago, gaming machines, also known as Fixed Odds Betting terminals were reviewed in an effort to curb problem gambling in the region. The government also recently prohibited sponsors from advertising on football shirts and jerseys during live games to lower the rate of problem gambling.

Gambling advertising has grown substantially since the enforcement of the 2005 Gambling Act, through the years, there concerns about the impact of these ads on kids, young impressionable people, as well as vulnerable problem gamblers in the region, have mounted, which has forced people to look more closely at the relationship between gambling and sports ads.