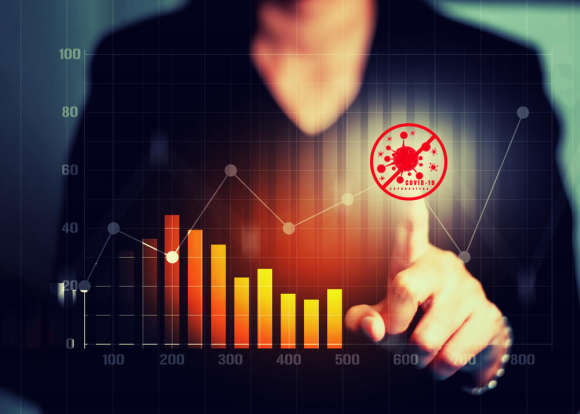 The Gross gambling yield, on the other hand, decreased by 8%. Gross gambling yield for slots rose by 4% to reach £187m in the period lasting from June to July. The number of spins made by punters rose by 6% while the number of active players also grew by 1%. Online slots sessions lasting for longer than an hour also grew by 4% to exceed 2.4 million.

As people continue to adjust to life after lockdown, a lot of punters still feel vulnerable and would prefer to gamble safely online. Even as the country continues to make an effort to move on from the effects of the ongoing pandemic, it is unlikely that people are open to changing some of the behavior they had picked up over the lockdown period.

The UKGC still has some clear expectations for operators. For instance, the commission expects operators to keep following the guidance issued during the first lockdown. Operators are also expected to interact directly with punters where they reach certain triggers. The Commission has also warned operators from exploiting the ongoing pandemic for marketing purposes.

To avoid being blacklisted, the UKGC is also asking operators to take caution when onboarding new punters. Affordability checks must also be maintained to reduce the risk to problem gamblers. As time progresses, the UKGC will keep monitoring operators closely to make sure that the regulatory requirements are met.

Over the last few months, the UKGC has fined several operators for flaunting the rules. Just recently, it slapped EU Lotto, which is an operator of lottery wages and sweepstakes from Lottoland, with a fine worth £760,000. EU Lotto is being accused of money laundering and social responsibility shortcomings.

The UKGC completed its investigation on September 2nd after accusing the EU Lotto of failing to take into account UKGC’s customer interaction guidance. EU Lotto is also accused of AML shortcomings including lacking to effectively analyze bank statements that prove the addresses of their customers.

Additional AML inefficiencies included failure to restrict accounts that failed to respond to source-of-funds requests. EU Lotto was also fined for permitting punters to register 3rd part debit cards. In some instances, some users were even found to have registered using a different name- and not the one they registered their accounts with. The UKGC also found that EU Lotto was heavily reliant on threshold triggers that were ineffective, as well as lacking proper information on customer spending habits based on wealth, income, and other risk factors.

The commission has continually warned operators that it will keep taking enforcement actions against those operators that fail to meet the high standards set. EU Lotto was accused of further customer social responsibility failings including neglecting to recognize commonly changed deposit limits, which is usually an indicator of gambling-related harm among punters.

According to the commission, EU Lotto had failed to communicate effectively with customers as most of the brand’s interactions with customers have primarily consisted of email marketing explaining how their responsible gaming tools are utilized. Another company that has been accused of AML failings and social responsibility shortcoming include Rank Group’s subsidiary Daub Alderney.

The UKGC issued a £5.85 million fine for social responsibility and anti-money laundering botches at Daub Alderney, although the group has come forward to reject all the accusations. According to Rank Group, which was not in charge of Daub Alderney at the time. As a result, Rank Group has been looking to appeal the First Tier tribunal to have the fine overturned or lowered.

According to Rank, Daub’s infractions took place before the company acquired the business in late October 2019. Rank also claims that it has worked extremely hard to have the situation sorted out as it has made major improvements to its platform since it took over. However, the commission refuses to budge.

Daub, which is a licensed arm of Stride Gaming, was acquired by Rank Group 2 years ago. Daub Alderney also operates magicalvegas.com, spinandwin.com, aspers.com, regalwins.com, kittybingo.com, luckypantsbingo.com, as well as luckyvip.com. in addition to the fine, UKGC also issued a formal warning to the brand for all the shortcomings that have occurred between January 2019 and March 2020.

The UKGC has accused Daub of failing to maintain a strong social responsibility program as required by the regulations. But Rank Group has felt over the last couple of weeks that the fine levied has failed to take into account the considerable steps that the group has taken to resolve the situation.

Earlier in March, the UKGC also imposed a fine on Casumo worth £ 6 million for also breaching the UKGC’s anti-money laundering rules, as well as failing to ensure that punters were gambling responsibly. For instance, the UKGC has accused Casumo of failing to put into effect the recommended policies and procedures for customer interactions where the brand had concerns that a customer’s activity might indicate problem gambling.

As per the regulations of the UKGC, Casumo was ordered by the commission to call in independent auditors that will ensure that the firm is complying with the license and the codes of conduct that it agreed to when it was issued its license. Examples of other companies that have been fined by the commission over the last couple of years include Ladbrokes Coral and the recently closed down Football Index.

The gambling commission was forced to close down Football Index after launching their investigations in early 2020 after a complaint from a customer was placed. The customer warned the UKGC that the sports betting brand had grown to become a dangerous pyramid scheme.