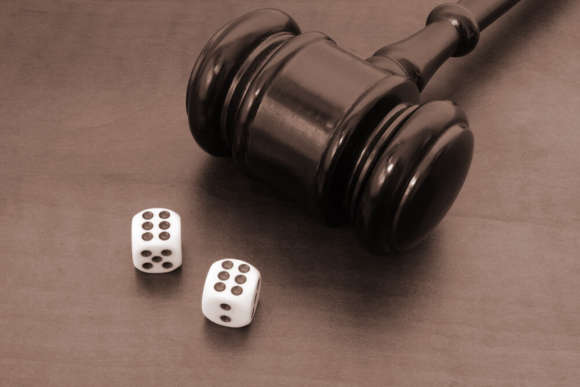 The UK Gambling Commission has fined Victoria Gate Casino, also known as VGC Leeds a fine of £450,000 for extreme customer care failures. This fine was handed out to VGC Leeds after an investigation that was launched by the regulator regarding the casino’s venue. According to the UKGC, VGC Leeds failed to identify and manage punters that were at higher risk of developing gambling-related harm, as well as money laundering.

The UKGC accuses VGC Leeds of failing to successfully implement safer gambling procedures and anti-money laundering policies. The commission has been working to establish a safer environment for online gamblers and these fines are handed out to raise the standards across the world’s biggest and most successful gambling market. In the last year or so, the commission has actually handed out several fines in a bid to make gambling safer while also preventing the practice from being a source of crime.

The commission has repeatedly warned that those operators who fail to keep punters safe will be subjected to harsh punishments and fines. According to the commission, in one instance, VGC Leeds took note of a customer that incurred losses of £275,000 during 22 months. On another occasion, another customer lost £93,294 over 16 months.

Fortunately, VGC Leeds has accepted the failings and is currently working to make improvements as well as ensure the proper implementation of the recommended procedures, controls, and policies handed out by the commission.

Just recently, it also took regulatory action against EU Lotto, which is operated by Lottoland. The Commission fined EU Lotto £760,000 for the same failures as VGC- social responsibility and anti-money laundering failures. UKGC conducted and concluded an investigation on the operator on September 2nd which discovered that EU Lotto had failed to implement the formal customer interaction guidance given by the Commission.

EU Lotto was also accused of failing to note down commonly changing deposit limits, which is typically an indicator of gambling-related harm among punters. EU Lotto was also accused of numerous service-related failures such as failing to provide players with tools for proper financial and affordability investments that help to identify whether a punter is experiencing problem gambling or is at risk of developing it.

Over the last 5 years or so, the UKGC has been working relentlessly to create a safe gambling environment for punters. Earlier this year, the commission conducted advanced affordability checks owing to the review of the betting and gaming regulations that is ongoing. At the start of the year, the Gambling Commission announced that it would introduce new regulations including limits on spin speeds, as well as the permanent ban on features that celebrate losses as wins or those that are designed to speed up the play.

The introduction of new restrictions came in response to concerns over the rise of online gambling, particularly during the pandemic period. Online slots and similar casino-style games have come under fire over the last few years as these games have come to dominate gambling spending. The commission has already done a great job cracking down on the Fixed Odds Betting Terminals, which were cash cows for operators.

To bring down instances of problem gambling and gambling-related harm even further, the government has in the recent past also banned gambling operators from sponsoring the shirts of darts and football players. Although this has been an unpopular move among operators that rely heavily on sponsorship income, it appears to register well for anti-gambling activists. Another major change that is going to be introduced is the ban on reverse withdrawals.

Just how bad is problem-related harm in the UK?

Before the crackdown on Fixed Odds Betting terminals took place, these machines were responsible for many problem gambling cases in the UK. According to Campaigners and certain researchers, FOBTs have always been a strangely addictive form of gambling that has managed to reap billions out of the UK’s poorest communities.  Fixed Odds betting terminals were introduced in 2001 during Tony Blair’s reign, at a time when the then prime minister was accelerating the transformation of the gambling industry.

Since then, the number of problem gamblers in the country has risen remarkably. So much so that analysts estimate that there are more than 2 million individuals in the UK that are either problem gamblers or at risk of developing a gambling addiction. That’s why the government alongside the necessary authorities have been so keen on stepping up their efforts to tackle the issue of problem gambling.

What’s the government doing to rectify the situation?

Apart from overseeing a massive overhaul of the 2005 Gambling Act, the UK Gambling Commission is taking more steps to rectify the current state of problem gambling in the UK. The Commission announced recently that it would fund a new regional 3-year program designed to help the public. The program is set to be led by Public Health directors to lower problem gambling in the various regions including Humber and Yorkshire.

The funded program will help to identify problem gamblers through various training programs in places of employment. The program will also offer self-management, as well as support while protecting high-risk and vulnerable groups from gambling-related harm. More importantly, the program will help to reduce the stigma while also generating much-needed awareness on the dangers of gambling.

Eventually, the commission, as well as all the involved parties hope to create a high-quality standard program that can be replicated across the country. A well-planned and cohesive approach to deal with the issues of problem gambling has been long overdue.

The end goal is to provide treatment to those who need it while also providing the families of people experiencing problem gambling with the right support. This program is being supported by a $109,400 regulatory settlement that was given the green light by the UKGC.

The UKGC, as well as gambling operators, have a responsibility to make online gambling not only fairer but safer. The success of the industry rests heavily on the industry, the government, and all the stakeholders involved. The point here is for everyone to work together in a shared purpose to protect modern gamblers in the UK.