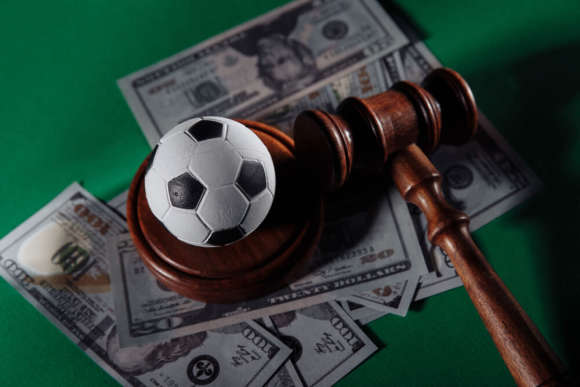 When the government started reviewing the Gambling Act, banning sponsorship agreements between wagering companies and soccer teams was among the first changes proposed. Even though the front-of-shirt sponsorships will no longer be allowed, soccer teams will still be allowed to advertise through pitch sideboards, as well as TV commercials. Additionally, these changes will not take effect until 2023.

Some of the soccer teams that will be impacted include West Ham United, Watford, Newcastle United, Leeds United, Bretford, which all currently have front-of-shirt sponsorship deals. According to betting opponents, cutting ties between sports teams and operators will go a long way in reducing problem gambling in the region. Because the UK has the largest and most successful sports betting market in the world- the number of problem gamblers has been growing gradually through the years.

League officials have stepped forward to urge the government not to implement the ban before the various teams can find a replacement for the sponsorship revenue they will consequently lose. Apart from front-of-shirt sponsorships, the government wants reforms where the white label system is concerned.

The white label system is what allows global betting firms to enter into sponsorship deals with soccer clubs in the UK. Through white label deals, overseas operators can market through shirts, as well as pitch side ads even in countries where sports betting is not allowed. As a result, it is expected that the UKGC will also eradicate this system of sponsorships. Apart from tightening the rules surrounding advertisements, the UKGC is also expected to prohibit controversial loot boxes that are extremely common among video game players.

How damaging will this ban be to football clubs?

According to supporters of sports betting, banning sponsorships could cause the demise of several clubs. Experts state that a gambling sponsorship ban could cost the EFL, which is sponsored by Sky Bet, an estimated loss of £40m each year. Experts further say that the clubs have been relying on sponsorships to stay afloat following a tough pandemic season that left a massive £259m hole.

This ban will be felt particularly by the teams in the lower level of the Premier League or the Championship, which are typically reliant on the funds that they receive from sponsors. The most lucrative sponsorship deal so far is West Ham’s shirt partnership with Betway, which is worth an estimated £10m every season.

The House of Lords has been calling for tighter online betting laws in the UK- and the calls have only been getting louder since the advent of the pandemic and stay-at-home orders that were enforced last year. The House of Commons claims that the UK Gambling Commission, which has been responsible for regulating the industry, has failed through the years to adequately safeguard punters in the region.

As a result, the House of Lords has been emphatic that stake limits must be placed in an effort to protect vulnerable gamblers from harm. The House is also asking the commission to set up measures that will slow down play online, as well as gambling advertisements around sports, which also include adverts placed on soccer teams’ shirts.

During the last few months, the Committee that was created to investigate and introduce recommendations aimed at reducing problem gambling has made several recommendations. For instance, the committee is asking the commission to introduce rules that will safeguard punters from highly addictive games. The House of Lords is asking the UKGC to create a system that tests all games against several harm indicators, including addictiveness and whether the games appeal to underage gamblers.

The House of Lords is asking the UKGC to ban all games that score too highly on hard indicators. The government also wants the UKGC to equalize the speed of play and spin. According to the commission, no casino game should be played faster online than it can be played in a bingo hall, casino, or sportsbook.

The House of Lords is also asking the commission to explain the minimum steps that all operators should take when considering customer affordability. The House of Lords wants the UKGC to force all operators to take measures that allow them to identify punters that are wagering more money than they can afford. In the future, the House wants the industry to also set up a statutory Ombudsman service that will settle any disputes that take place between punters and operators.

To protect gamblers even further, the House of Lords is requiring the NHS to treat problem gambling as the mental health disorder that it is. In 2021, the NHS made a promise to open 15 new clinics and the House wants them to be set up by 2023. In the end, the House of Commons wants the Gambling Commission to proactively influence gambling operators so that player protections are improved while ensuring that gambling operators continue to act responsibly.

According to the UK Gambling Commission, there are more than 340,000 problem gamblers in the UK, and banning sponsorships from the front-of-shirt will help to save some of these at-risk gamblers. In addition, this ban is aimed at protecting underage gamblers, who are constantly exposed to these gambling adverts whenever they watch live soccer matches.