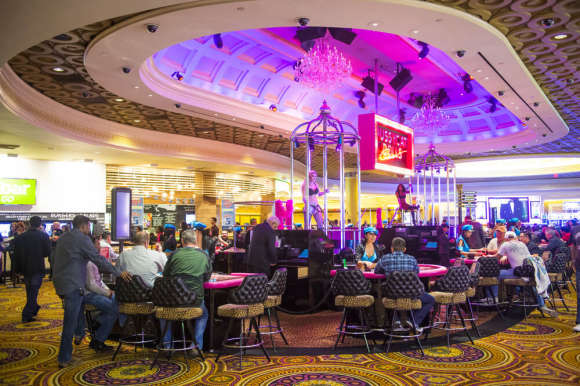 Online casino Caesars is accused of failing in its duty to intervene when online gamblers exhibit signs of problem gambling. The UK Gambling Commission has warned Caesars on several occasions to improve their measures to keep players safe as well as prevent instances of money laundering. Eventually, Caesars was slapped with a hefty £13m owing to the company’s systematic failings.

Based on findings by the UKGC, Caesars allowed a punter to wager an outstanding £820,000 and lose £240,000 without investigating where the customer was getting the funds from. Another VIP, who was a known problem gambler, is reported to have blown away £795,000 without Caesars’ intervention.

As for the money laundering charges, Caesars is accused of allowing a customer to move an estimated £3.5 million through its casinos without identifying the source of the funds or where they were redirected to.

To further punish the online operator for its misconduct, executives at Caesars with Personal Management Licenses will be subjected to regulator action. In total, 7 PML executives from Caesars have been slapped with license warnings while 2 have received conduct letters.

An additional 3 executives surrendered their PMLs thus forfeiting their rights to take part in any gaming operation activities. To enforce its player protection policies further, 18 PML holders received letters from the UKGC advising them on how they can improve their conduct.

The UKGC has warned that license holders will continue to be held accountable now and in the future as it moves forward with its mission to create a safe gambling space for punters. Caesars runs a total of 7 casino clubs in the UK with the largest being the Empire Casino, which is located in Leicester Square in London. This gaming space is approximately 20,000 square feet and holds a total of 13o slots and 5o table games.

Following last year’s substantial fine, Caesars was supposed to implement several improvements to its social responsibility, customer retention, and money laundering policies. The UKGC has in the past few months been toughening up its regulations. Just recently, the commission announced plans to ban gamblers under the age of 25 from signing up for VIP bonus schemes while making advertising measures more stringent than ever before.

Although this is the highest fine that Caesars has ever been dealt with, it is not the first time it has received a warning or a penalty for regulatory misconduct. On one occasion in 2015, Caesars was accused of openly allowing a wealthy patron in its Vegas casino to keep gambling anonymously in private rooms, despite surpassing the safe zone. Caesars also openly admitted to failing to monitor its customers’ transactions at its global offices in Hong Kong, as well as in many other locations.

What exactly does the UKGC want from its licensees?

The UKGC has been actively demanding immediate improvement from online casino operators such as Caesars for a long time now. The commission simply wants all its licenses to take its duty to protect its customers seriously while keeping crime away from the gambling market. Basically, all these measures are designed to realize the UKGC’s vision for a fairer, more transparent, and safer gambling market.

That’s why it has been examining each of its licensees’ compliance as regards money laundering, as well as customer interaction requirements, are just some of the many ways it has been relentlessly trying to realize its vision.

In line with the UKGC’s aspirations for a fairer and a much safer gambling environment for punters, the commission requires all its licensees to:

Several errant operators have in recent weeks come under fire for failing to uphold the UKGC’s policies. Most recently, online casino operator Casumo was handed a £6M fine for similar infractions as Caesars. In the future, UKGC has warned every operator that holds its license that it will continue to take action against any parties that fail to comply or raise its standards.

Over the last few years, the UKGC has faced a lot of political criticism. As a result, apart from online gaming operators, land-based operators will also soon be held to the same standards. If both land-based and online operators want to keep their lucrative UKGC licenses, they must do everything they can to improve their anti-money laundering and social responsibility protocols.

Otherwise, if they let things fall through the cracks, they risk losing their licenses and customers. Modern gamblers are savvier than they have ever been and with more and more punters gravitating towards mobile and online gambling, these measures need to be in place. It is easily the best thing that the commission and its licensees can do to prevent the issue of problem gambling from escalating any further.