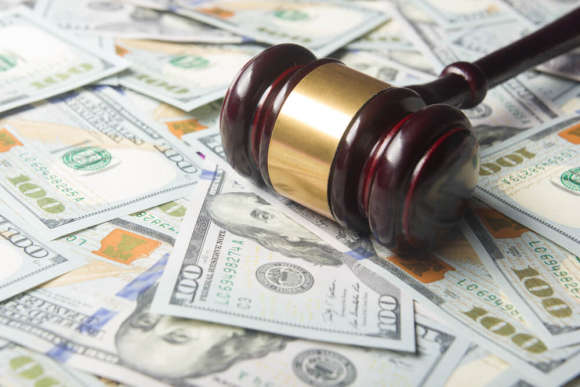 The UK Gambling Commission (UKGC) is one of the strictest gambling regulators out there. So it comes as no surprise when it recently slapped an online casino operator with a hefty £6 million or US$8.28 million fine. The online casino and sportsbook operator in question, Casumo, is accused of failing to uphold the anti-money laundering and social responsibility mandate as is required by the UKGC.

Casumo, which is a Malta-based online gambling company is licensed to operate remote gaming by both the Malta Gaming Authority (MGA) as well as the UKGC. Casumo offers punters a wide selection of online games including slots, live table games, and sports wagering. UKGC claims that Casumo failed on several occasions to intercede as required when gamblers started losing large sums of cash.

As per the UKGC regulations, iGaming operators must investigate a customer's bankroll when their behaviors exhibit problem gambling or a possibility of gambling addiction. According to UKGC, one customer is known to have lost an excess of $1.5 million over three years but Casumo did nothing to address this insane spend. Another gambler is reported to have lost almost $90,000 in just a single month while another lost nearly $105,000.

In both incidences, Casumo gaming agents did not contact the customers affected for a responsible gambling check. The accusations don’t stop there. Casumo is further blamed by the UKGC for failing to protect its online casino from money laundering practices.

Unfortunately, this isn’t the first time that the Malta-based online gambling company is having a nasty run-in with the UKGC. The Gaming Commission penalized Casumo in 2018 for the same regulatory inadequacies that they are being accused of now. Back then, the online operator was fined $8 million for breaking anti-money laundering measures as well as failing to review high-stakes punters.

According to Casumo representatives, the firm has always placed a focus on player protection and safety. However, it has been unable to properly maintain its anti-money laundering and social responsibility protocols due to the increased traffic of online gamblers that was brought about by the pandemic.

UKGC has similarly fined other operators before

As per the UKGC’s social responsibility code provision, all operators are required to set up policies and procedures to track their customer’s behavior, which usually is how they indicate whether one has a problem gambling or not. The commission’s license condition relating to the prevention of Money laundering and terrorist financing, on the other hand, requires all operators to have measures in place to prevent instances of terrorist bankrolling and money laundering.

Indeed, it has always been the responsibility of the UKGC to protect gamblers from harm while ensuring that its licensees treat their customers fairly. When licensees fail to do so, the commission has no choice but to use an array of enforcement tools to crack down on the failing operators.

This isn’t the first time that the UKGC has fined an operator a hefty fine. Just last year, the commission fined respected online operator Caesars Entertainment £13m for systematic failings within its systems. This was the highest ever regulatory penalty that the commission has ever awarded any of its licensees.

Like fellow licensee Casumo, Caesars Entertainment is accused of failing to observe its customer interaction habits as well as not enforcing any social responsibility and anti-money laundering policies as required by the commission.  Examples of other licensees that have been fined for the same offenses as Caesars and Casumo include BGO Entertainment for the period between 25th September 2018 and 23rd March 2020.

Between August 2018 to September 2019, GAN PLC is also accused to have done the same. NetBet Enterprises also reportedly failed to uphold player protection measures for the period between 20th November 2018 and 29th May 2019. Betway also became the UK’s most highly penalized gambling operator after it was fined by the commission for a litany of similar compliance failings. Betway was fined a whooping £11.6 million or $14.6 million right in the thick of the pandemic in March 2020.

Betway was the harshest fine that the UKGC has ever imposed on one of its own, dwarfing the previous highest penalty of 2017’s £7.8 million paid by 888. The UK government in partnership with the commission has been coming down hard on operators that fail to put their customers’ interests first. As such, the government has actively taken steps to overhaul its gambling regulations in the recent past.

In particular, it has been paying special attention to VIP schemes that are often used by the operators to encourage high rollers to keep playing despite surpassing their limits.  Although some online operators have previously accused the UKGC of being too strict, many agree that the commission is right in penalizing operators so highly. That’s because online operators that fail to take their responsibilities seriously should simply not be permitted to hold licenses.

It’s no secret that online gambling has exploded in the last couple of months thanks to the pandemic. And this trend isn’t going to slow down. As a matter of fact, as the internet becomes more accessible and technology continues to improve, online gambling will most likely be the norm rather than the exception.

That explains why gambling commissions such as the UGCK take player protection against gambling addiction and problem gambling so seriously. Gambling critics state that stricter measures are needed and the UGCK would seem to agree. As such, online casino operators like Casumo will keep facing large levy fines as long as they are found to be out of compliance with the commission’s current mandates.

These measures are not only important for the good of the gambler but also for the interests of the industry. A more transparent industry that’s focused on the welfare of the consumer will only help the online gambling market in the world develop further. So tougher processes aimed at keeping the modern punter safe while gambling online will always be welcome.